“Night of the Demons” sat among many of campy but fun films of the eighties. It was later remade in 2010 under the direction of Adam Gierasch, though it was Kevin Tenney who really laid the cultish groundwork for this film debuting in 1988. At the time we seemed to be smitten with demon themed films. 1985 brought Bava’s simply named “Demons” of which several more were to follow. “Night of The Demons” went on to 2 more sequels of which flew under the radar with much less impact than its first offering.. Though its safe to say that their were alot of films sporting demons in its name. 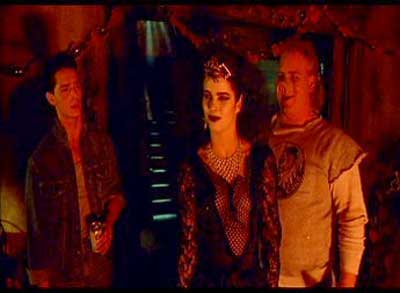 “Night of the Demons” is probably most known for its scary demon faced poster art which by image alone seemed to do the trick. That face which stared out scaring shelf shoppers year after year belonged to one Angela Franklin, (Amelia Kinkade) the gothy focal character of the franchise. This look would later influence such actors as Rose McGowan and Fairuza Balk.

As the story goes, Angela thought it would be a great party gimmick to throw a Halloween dance gathering at the famed haunted Hull House. Hull House also happened to be the site of a former brutal massacre that resided at a local funeral parlor. Though any scary party is not complete without a scary seance. This was just the right ingredients to unleash a hidden horde of demons that come forth from the underworld to possess the group of partygoers. Angela seemed to take the brunt of it, becoming the lead demon of the pack. She would go on to reprise her role in sequels 2 and 3. 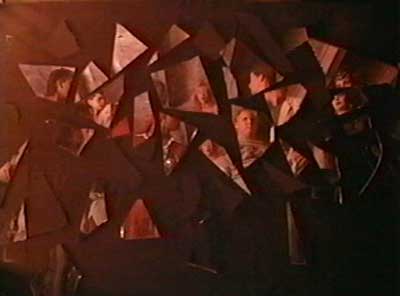 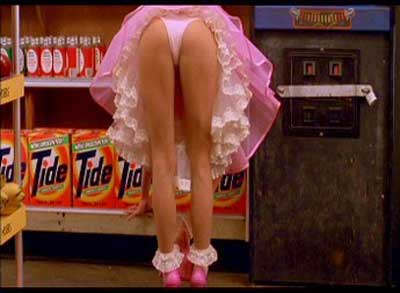 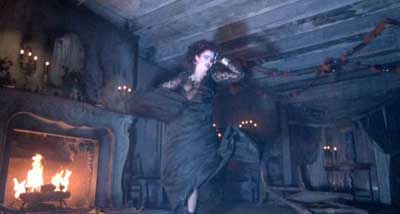 The film as a whole fit into the genre of the times providing some nudity, teen angst, sex and of course violence. The FX work was spot on with an emphasis on scary practical effects and makeup. The formula of the times was usually pretty predicable, with “Night of the Demons” being no exception. It just hit at the right time and gave a creepy scare combined that marketed perfect to the younger movie going crowd. With a hip soundtrack, an authentically creep atmosphere, “Night of the Demons” is one of the 80’s great legacies in horror.