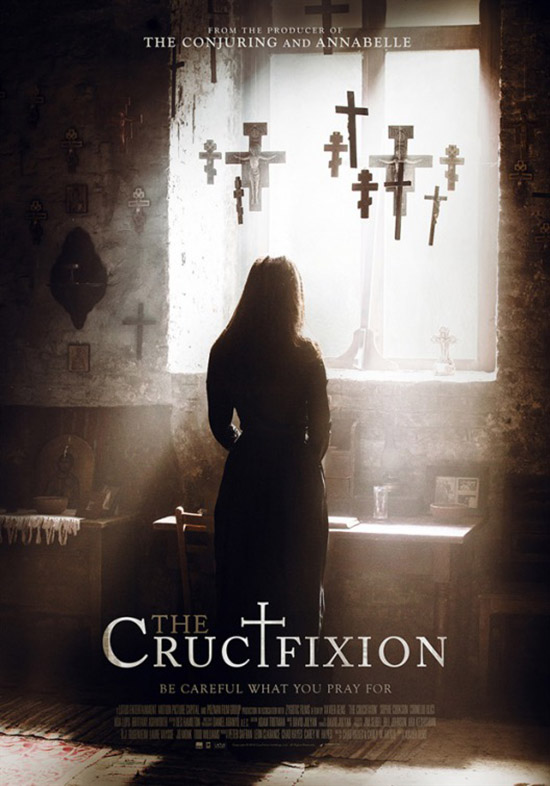 Journalist Nicole Rawlins (Sophie Cookson) is investigating the murder of a nun. A priest has been convicted but he claims that she died while he was performing an exorcism ritual.

Sophie Cookson (Kingsman: The Secret Service) plays Nicole, a tenacious journalist with a keen nose for a story and other well-known clichés. Nicole has a huge issue with organized with religion and, like uber God denier, Richard Dawkins, she loves nothing more than tearing a strip off various institutes when she gets chance.

So, you can imagine how excited she gets when she hears about a priest and a group of nuns who have been arrested for murder in Romania. They claim that they were trying to exorcise a demon from another nun, but the law certainly doesn’t see it that way. Promising to write a fair and balanced account of what’s going on – yeah, right! – Nicole is on the first plane to Europe. 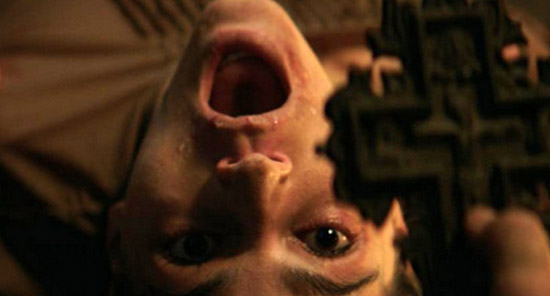 For some reason, whatever airline Nicole chose to take to get to Romania is in fact, a time machine! It’s never explicitly stated by anyone, but it’s by the far the only way to explain why she ends up in a Romania that looks more like something out of a Universal horror movie, than it does 2017. And yes, the film was filmed in Romania. I’m not saying there aren’t rustic areas in Romania. It just seems highly suspicious that Nicole never meets anyone from the same time period as her.

In I’m Alan Partridge, Steve Coogan’s selfish creation is in talks with two TV execs from Ireland. In an effort to switch them on to how hip he is, he tries to distance himself from the kind of people who stereotype Ireland and, in doing so, merely emboldens his own prejudices. “Men in platform shoes being arrested for bombings. Lots of rocks, and Beamish. I think people are saying, ‘Yes, there’s more to Ireland than this.’”  This painfully funny bit came to mind a lot during The Crucifixion, directed by Xavier Gens (Hitman), but sans all the humor. 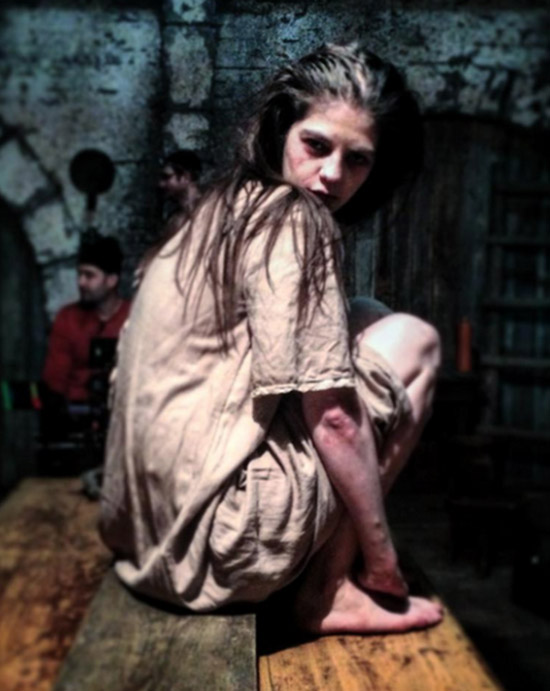 These aren’t characters, they’re yokels being patronized by the intelligent and skeptical westerner. If someone had given her a garland of garlic and warned her to stick to the roads at night, it wouldn’t have been the least bit surprising. All that’s missing is Lon Chaney Jnr running around and jumping out of the bushes in his boiler suit. The whole thing is so profoundly tone deaf, it surpasses Euro Trip for xenophobia.  It’s so mind-numbingly stupid that you have to wonder how many people did this go through and why did none of them say, “There’s more to Romania than this.”

Putting all that to one side for a moment, perhaps The Crucifixion’s biggest crime is that it’s simply not scary. Each attempt to make you jump is flatter than a pancake. You have seen everything it has to offer in much better exorcism movies. What makes this all so heartbreaking is that the script comes from Chad and Carey Hayes, the writers of the wildly superior The Conjuring. The drop in quality is staggering and suggests that this screenplay may have been hanging around for quite a while before James Wan decided to pick it up.

What hasn’t been mentioned yet is that The Crucifixion is based on a true story. Namely, that of Father Daniel Petre Corogeanu who served a seven year jail sentence for the death of Maricica Irina Cornici, a mentally ill nun who was believed to be possessed. “You can’t take the Devil out of people with pills,” the priest was heard to claim. Maricica’s autopsy would reveal she died of dehydration, exhaustion and a lack of oxygen.

What perhaps would have been much more interesting – and perhaps a bit less sensational – is a straight up adaptation of that travesty; Use it as an opportunity to ask the big questions about religion and mental health care. Or you know, you could just change all the names, tack on some supernatural nonsense and see if anyone will go for it.

Boring and insulting, The Crucifixion is one to stay away from.