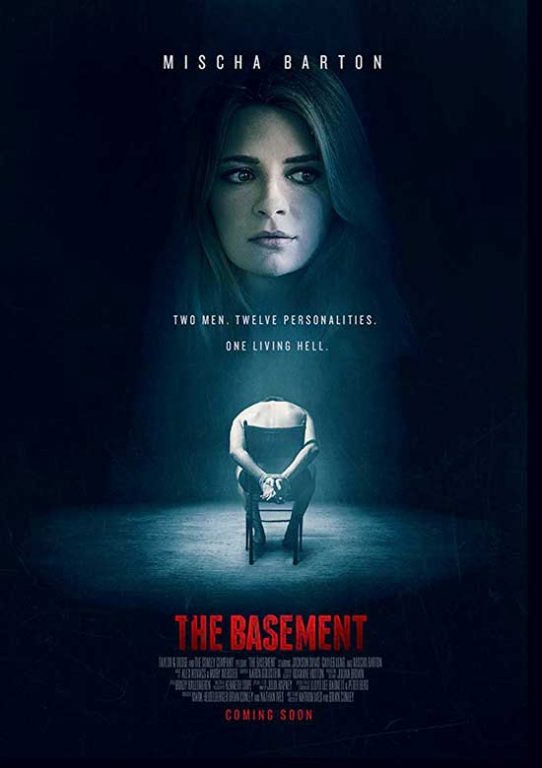 A seemingly innocent man is abducted by a notorious L.A. serial killer, who forces his victims to switch roles with him so that he can enact his own capture, torture and murder.

The Basement (2018) is a torture entry into this year’s horror market, which stars Cayleb Long (Ascent to Hell 2014) as mainstream recording artist Craig Owens, who is being held and tortured by a serial killer name Bill, played by Jackson Davis (Deserted 2016). Co-directed by newcomer Brian M. Conley and Nathan Ives (Christmas in New York 2016), with a script by the pair and Sean Decker (a former horror journalist who is credited with writing “additional scenes,”) The Basement is an odd combination of an atrociously bad framing story, and a moderately interesting two-man show in which Jackson Davis does an amazing job as the unhinged Bill. 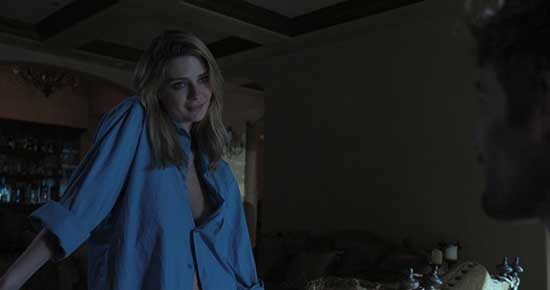 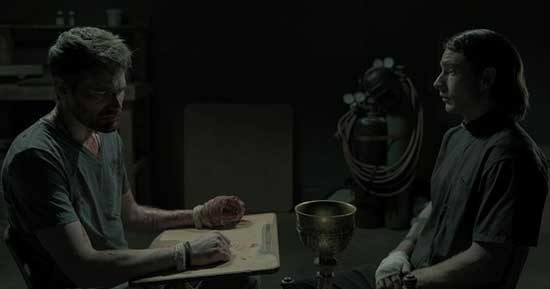 The framing story is a real disaster. It’s poorly paced, tacked on, and undermines the good section of the film by negating and trivializing what those moments succeeded in accomplishing. This was done to provide a gotcha-type twist, which is both unnecessary and poorly presented, with a particularly poor performance by new direct-to-video denizen Mischa Barton (The OC series 2003). Barton is supported by Bailey Anne Borders (The 5th Wave 2016, The Ice Cream Truck 2017), whose unnecessary presence also seems to confuse the actress’s character. Perhaps these are the additional scenes written by Decker; though this isn’t clearly stated, it would make sense that the core story and framing story were written by different people. They are profoundly dissimilar, with the dialogue in the latter being listless and bloated, and the cinematography favoring dull poorly-lit rooms that appear staged by a middle-ground interior designer. The fact that these scenes, along with Barton’s name, were tacked on to increase the film’s reach is evident, and unfortunately they serve to demolish the film’s appeal. 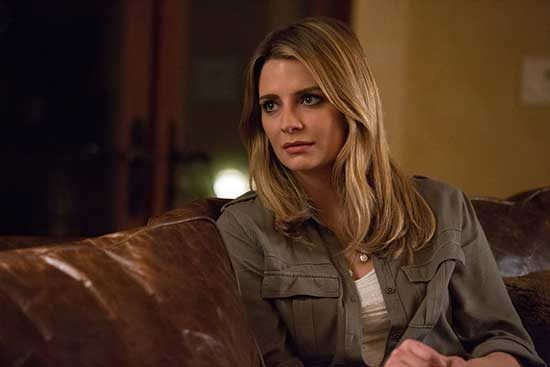 The part of the film that works is essential a two-man stage play, where the kidnapper Bill plays different characters for the victimized Craig, who realizes that he’s being placed in Bill’s shoes following his theoretical arrest. Davis is truly remarkable, here—he plays a plethora of characters, from a stereotypical hard-nose cop, to a prison doctor, and even his own mother, with true brilliance. It’s a performance that belongs in a far better film, and one wonders how much hard work went into his reworking the written lines to sound believable amongst the trite dialogue his fellow actors were handed. Long, for his part, does an uneven performance that is strengthened when Davis is in rare form, Long seemingly taking power from his co-star’s scene-stealing energy. 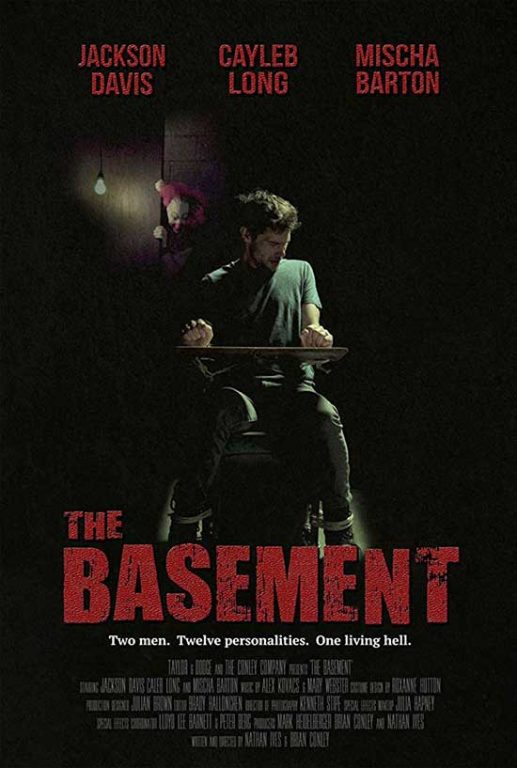 The cinematography is fine on a technical level, though there are several times when the 180-degree rule is broken, disorienting the audience. There are some torture elements involving fingers and teeth, and they’re what you’d expect from a low-budget production with a little money to spend. The moments when Bill solidly strikes Craig, however, are painfully dubbed, and as realistic sounding as a Looney Toons segment. There is a rather jarring section with a blow-torch that has some nice effects reminiscent of the creative work in 70’s giallo’s, and that was a fine touch. 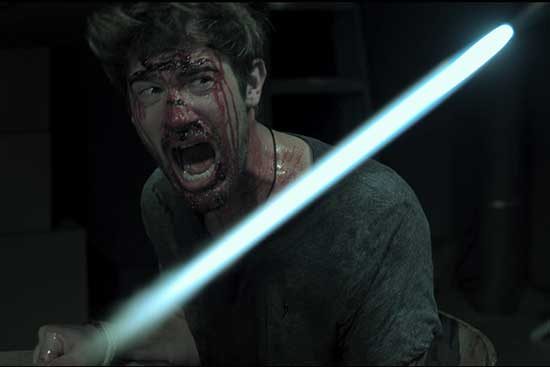 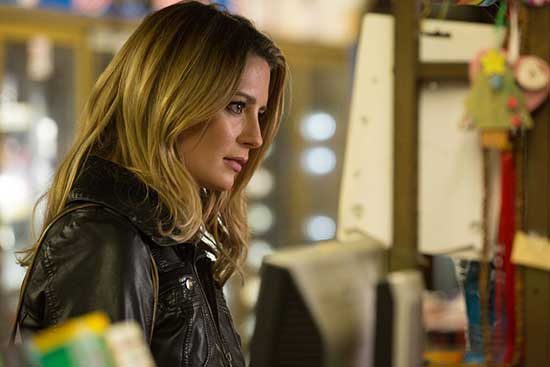 Ultimately, while Jackson Davis’s performance is one of the best this reviewer has seen all year, it’s hard to recommend the film as a whole. It’s poorly constructed due to the inclusion of the painful framing story, and I’d welcome a recut designed to wholly remove it. Given the small cast of the film’s good parts, and the strength of the core plot contained in them, it feels like a stage-play. What’s more, it feels like one that could work. Hopefully, both it and Jackson Davis’s talent will be better used in the future. 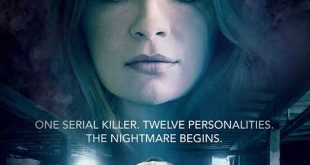