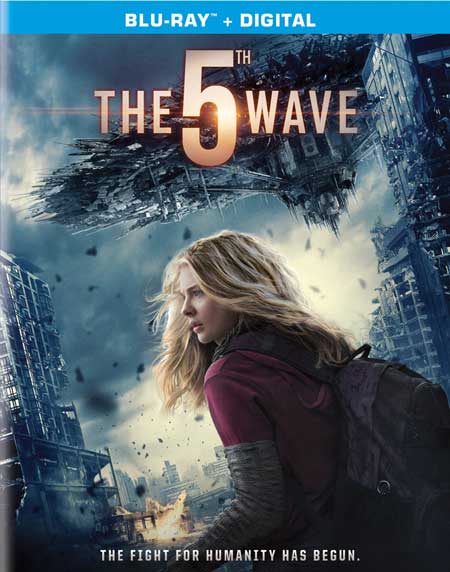 Four waves of increasingly deadly alien attacks have left most of Earth decimated. Cassie is on the run, desperately trying to save her younger brother.

With Katniss having hung up her bow and arrows in the final Hunger Games film last year, and the Divergent series dying a slow, painful death, could The 5th Wave from director J Blakeson be the next big YA franchise?

We have a spunky female lead in the form of Chloe Grace Mortenz as Cassie Sullivan; your everyday, relatable teenager trying to keep her head above water in a planet invaded by methodical aliens known as The Others. Methodical because there have already been four separate attacks on the planet, each one orchestrated to do as much damage as possible. First they took the power, then they flooded world, then they cut their cable and then they gave people the wrong directions to get to somewhere they really needed to get to. Or something. 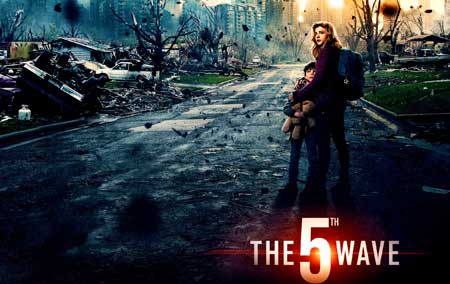 Back to Cassie. She’s courageous, she’s resourceful, she can fire a gun. She’s tough without going against the gender ideals propagated regularly by Hollywood. Separated from her younger brother, she traverses across state to rescue him after he’s indoctrinated into a youth army set up to take on the alien menace. But is the army everything it seems to be? Well, it’s being led by a tired Liev Schreiber, so it could go either way. Spoilers: It’s exactly what you think it is.

And what’s a good YA story without a love triangle? Well, fear not! For The 5th Wave has got you covered. In the blue corner we have Ben Parish, played Nick Robinson (Kings of Summer). Ben was Cassie’s OMG crush in high school and she thought he’d died during a mass epidemic. But he’s alive and cute! But who’s that in the red corner? It’s Evan Walker (Alex Roe), a sleeper agent for The Others, who is so goshdarn in love with Cassie that he wants to fight for the humans! God bless America and all that.

After a strong start, The 5th Wave quickly shows its colours as utterly derivative of several other sci-fi and YA films released in the last ten years. Twilight, Ender’s Game, Starship Troopers, Red Dawn, Hunger Games, the list goes on. Yes, the argument can be made that there are no original stories in life any more. Everything is built upon the shoulders of everything else. However, once you see the ship from Disctrict 9 fly over America, it becomes startling how much The 5th Wave feels like a cynical cash grab, wherein the studios repackage and rebrand material already familiar to its chosen audience. The kids chomping on their popcorn deserve more than this showbag of second-hand favours.

Through out all this though, no blame should be laid at the feet of the young cast who do their best with the tired material. That said, it’s a surprise to see Maika Monroe showing up as goth soldier, Ringer. After The Guest, It Follows and Echoes of War, it’s a shame to see her slumming it in such uninvolving nonsense. Mortenz is equally deserving of something worthy of her talents outside of this. Someone please give her a role she can get lost in! Something that goes beyond running, jumping and being the object of affection for two men.

Speaking of which, why does every love triangle have to descend into two men of equal blandness reaching out for the heroine’s affections. Why can’t it be between three men, three women, two women and a man even. Hell, BMX Bandits got it right with Nicole Kidman telling both men that it was never going to happen, so let’s jump on our bikes and go solve some crimes. The early 80s made it look all so simple then. 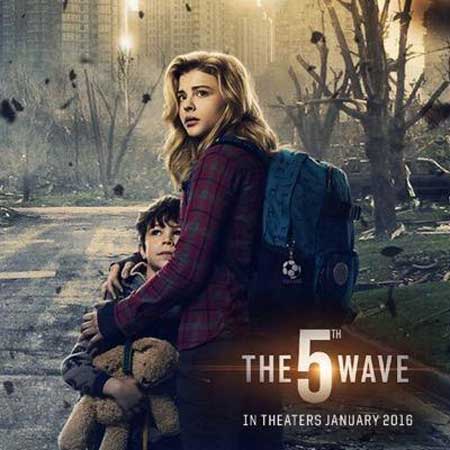 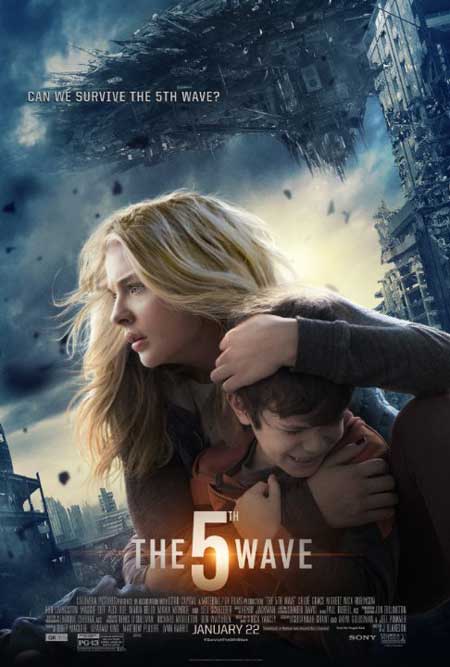 The 5th Wave is based on a series of novels by Rick Yancey, with the third one coming out this year. Based upon the evidence from this first film, we should all be afraid for our planet’s youth if they are going to be exposed to more of this rice pudding of a narrative.