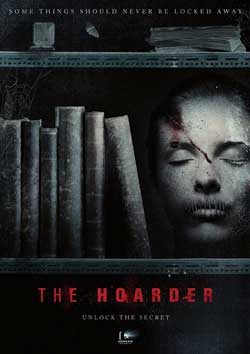 A young woman enters an underground storage facility, where she soon finds herself trapped and stalked by a killer.

My wife says that I have a portion of OCD in my personality and my brother has said that I get obsessive about my hobbies on more that one occasion. I like to collect things and tend to take things to the nth degree; books (mainly cookery, origami, horror fiction and various reference), films, CDs, video games, board games, instant noodles, hot sauce, manga, graphic novels, comics, musical instruments, old games consoles and computers (plus, a full size arcade machine). I’m a bit of an all-round geek and our house creaks, groans and protests under the weight of the nerdy paraphernalia that I hoard. I don’t keep things specifically for the monetary value, in fact I think it is more of a comfort thing as Mrs Barnes points that I won’t even read, play, listen or consume an item before buying the next thing that I just HAVE to get and keep in pristine condition. I’m also, possibly, a compulsive spender. Thankfully, my collection is much less sinister than I’m sure are the needs of other hoarders in the world. 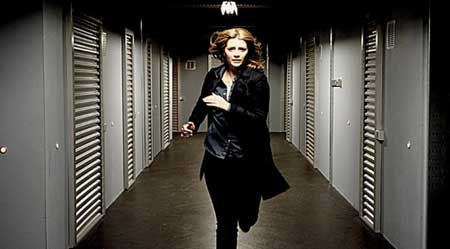 Ella (Mischa Barton) is soon to be married and needs to know what is in her fiancé’s storage locker before they tie the knot so she enlists the help of her friend, Molly (Emily Attack), whose shady past gives her the proverbial key to the literally locked door. The locker, it seems, is located on the long forgotten -4th floor of the Eessee storage facility and, by unlocking it, the girls release a dark and deadly secret. Before long, Ella is alone, scared and desperate to escape the confines of the building. Luckily, she is not the only person using the services of Eessee that night and so she must join forces with an unlikely group of people who harbour their own problems. Along with a homicide detective, a diabetic hippie, a soon-to-be divorcee and one of the storage facility’s residents, Ella must face both the demons in her past and the one stalking the endless corridors if she is to see daylight again.

Matt Winn’s The Hoarder is highly reminiscent of many different films, such as Devil, Cube, Vacancy and even the original Alien, but it still has a slight freshness to it. Sure, all its elements have been seen before but the combination of these elements placed together offers the viewer something that isn’t wholly predictable and, while a long way from ground-breaking, does make for an entertaining movie with the occasional tense moment. The interactions between the main characters gives the film some tension but, overall, the atmosphere is where Winn drops the ball.

The characters are not the standard cookie cutter stereotypes (jock, geek, promiscuous and joker) and so their personalities add a pinch of the unknown to the party. While we’ve all seen the loose cannon/ever-so-slightly psychotic male before, the group feels unpredictable enough to keep their discussions reasonably exciting. The acting throughout is convincing and the character development is well timed, although I do feel that Robert Knepper’s portrayal of gritty cop, Vince, was a bit over the top and I wouldn’t have been so keen to put my life in his gun-welding hands. Barton’s Ella really surprised me for the very fact that, as the female lead, she made realistic, logical decisions in order to keep herself safe unless there was no other way.

Still-married Ian, played by John Sackville is also a great character to watch but the stand out performance of the film is delivered, awkwardly, by Andrew Buckley and I’ll leave it to the viewers to find out why. One point that had me scratching my head was, with all the British actors and actresses, why the hell did Matt Winn decide to set his film in the US!? I just strikes me as an odd choice.

The main point that stops this movie being an above average is the atmosphere. You would expect a film set in the monotonous passages of a storage facility to be tensely claustrophobic and dripping with so much suspense that your butt cheeks are practically glued to the edge of your seat but this is not the case. It’s hard to put your finger on why this is so because all the ingredients are there. Sudden blackouts? Check! Stairwells? Check! Stealth-like executions? Check! I honestly don’t know what this film needs (and I know how useless that statement is) but there were literally a couple of moments that gave me the feeling of dread that this genre of movie should be handing out in droves. It was, however, nice to see that the director didn’t use excessive blood and guts to ramp up the thrills. There is a bit of gore but the effects are handled well and add to the scene without being gratuitous.

I liked The Hoarder more than I expected to but I didn’t love it and it could never be described as anything other than an average horror flick. It is well acted with interesting characters and provides a couple of plot twists that successfully keep the viewer’s attention. Grab a bucket of popcorn and this film will do just fine but if you are expecting an experience that will make you reconsider renting out a storage locker then you might need something with a little more bite to it. 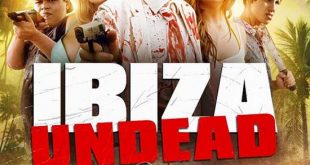 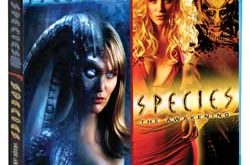 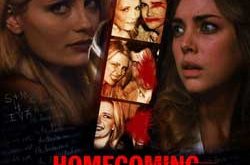