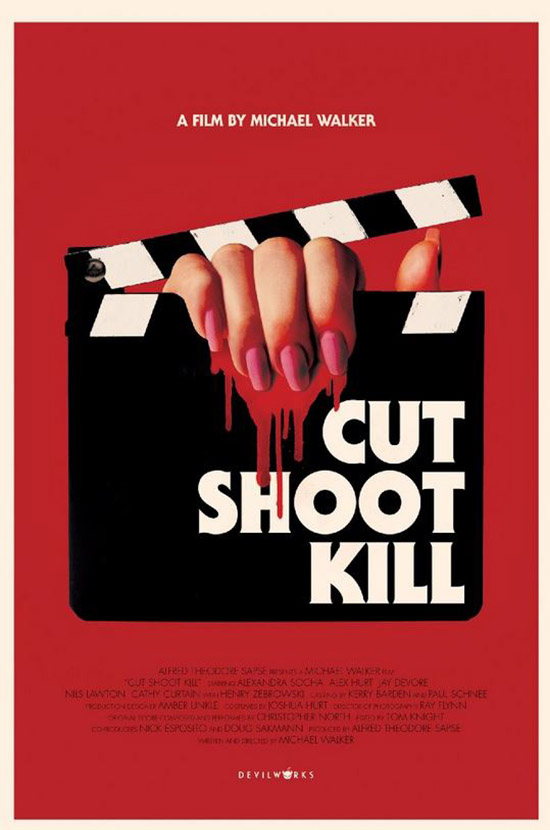 Serena Brooks, an ambitious young actress, signs on as the star of a horror film with a crew of backwoods filmmakers that have worked together for years. When the cast starts disappearing, Serena has to become her character if she wants to survive.

I remember back when I was a kid. Always a horror movie fan, I perked up like a dog ready for a walk whenever I heard anything that even remotely sounded like a mention of horror. One day, during one of the monthly gatherings of my mother’s family at my maternal grandmother’s house, I happened to overhear one of my uncles mention something about a snuff film.

Admittedly, I had no real idea what a “snuff” film was other than it tended to cause grown-ups to freak out more than just a bit, especially after seeing a report on a movie named “Snuff” on the national news. Anything that freaked out and disgusted grown-ups had to be as cool as monsters, so I got as close to my uncle as I dared without appearing to actually be listening for fear that he’d stop or that I would be sent outside to play. 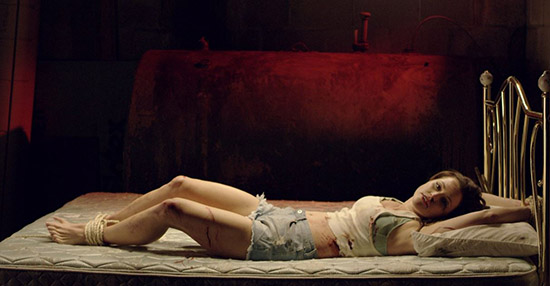 Indeed, he was talking about the movie “Snuff” which was causing a stir nationally. My uncle explained that the film crew chopped up an actress right on camera, killing her. While my poor uncle seemed rather shaken, my curiosity was definitely stirred. (Extra points if you caught the James Bond reference!)

Throughout the years, I have always had a soft spot for movies about snuff. You have, to mention a few, “Effects,” “Special Effects,” “8mm,” “Mute Witness,” “Snuff 102,” “A Serbian Film,” and the grand-daddy of them all, “Snuff” itself. They all work to varying degrees. Okay, “Snuff” stinks on ice. Still, you get to see the world of snuff films from various points of view.

“Cut Shoot Kill” is one of the more recent entries into the sub-genre of snuff-inspired films.

A young actress, Serena Brooks (Alexandra Socha), auditions for and lands the lead in the first feature-length film to be made by cult-hero director Alabama Chapman (Alex Hurt). He convinces her of his passion by talking about bringing the truth to his films, that people want to see something real, and he wants to give the world what it craves. 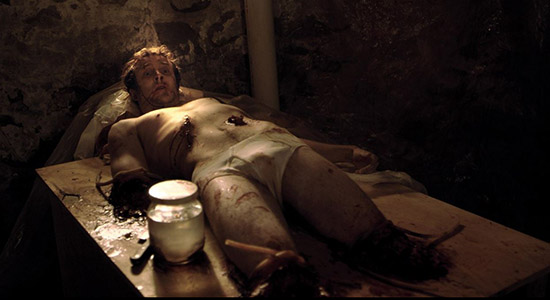 Once at the remote film location, everyone finds there is no cell service, no internet, no land lines – not a single luxury. Well, they DO have homemade fried chicken, and that is a luxury if made right. Most people that have seen at least one horror film made in the last two decades know that these are all signs that read:  GET THE HELL OUT NOW! Oh, but no. They are dedicated actors and intend to tough it out for the sake of art.

Then the actors start disappearing, one by one. Poor Serena realizes this set up is nothing like shooting an episode of “Law & Order”. No one will give her straight answers about what has been happening to her fellow actors. And why do members of the film crew all look like backwoods hill folk? 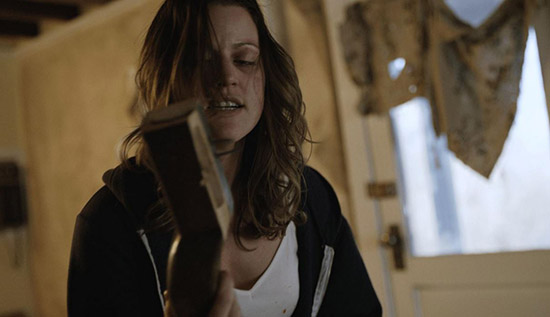 “Cut Shoot Kill” takes these worn-in-the-knees tropes and manages to weave them together into something better than it sounds on paper.

Alex Hurt as Alabama Chapman seems to take on a rather uncanny resemblance to Eli Roth as he pushes his young star to tap into the animal inside of her, to help her find that urge to survive at any cost. Alexandra Socha makes her character, a committed star-wannabe, likeable but distant enough that you can see her change from refined actress to cornered prey. 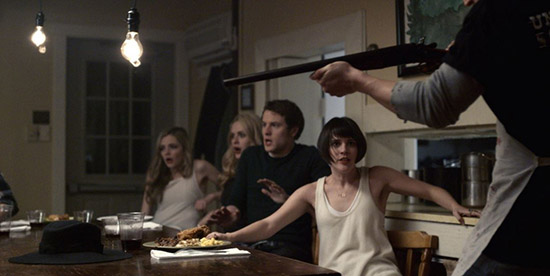 Unfortunately, the plot points spend more time getting you from Scene One to Scene Two and so on than it does dwelling on the creative spark and how to capture that raw emotion on camera. We see Serena doing fairly intelligent things to further the plot, but we never really get to see her emotional and mental evolution. If anything, we see more interesting character depth in the director and the crew than we do in Serena. This has little to do with the actress, who does a fine job; the fault lies in the script that tries to do more than it has time and budget for. 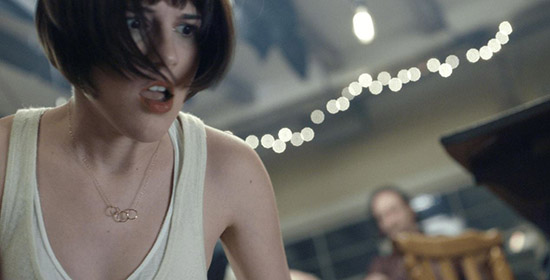 Credit is due to writer/director Michael Walker and cinematographer Ray Flynn for making a low-budget film that looks much better than it probably should. While the camera work is not revolutionary, it certainly makes you feel as though you are watching something almost slickly professional as it elevates the inexpensive sets and locations as well as the somewhat-flawed script into a very handsome film that is worth checking out. 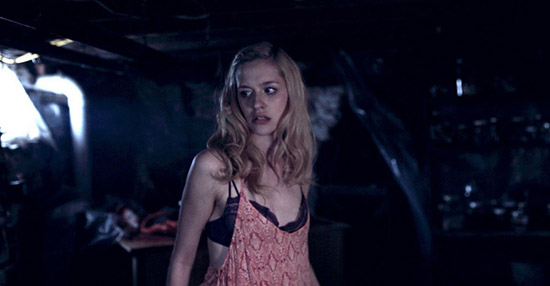 To be honest, I think the filmmakers missed a great opportunity by not making the film about the late star of Alabama Chapman’s short films, Nicole Heally (Rebecca Faulkenberry). Throughout “Cut Shoot Kill”, we see scenes from the short films and are given some information about her character and how she died. That would have been a powerful film, if handled well, but we got this film instead. Oh well. Maybe the next film from director Michael Walker will revisit the fictional cast and crew with a better script.

P.S.  For a nice chuckle, check out the disclaimers during the end credits.