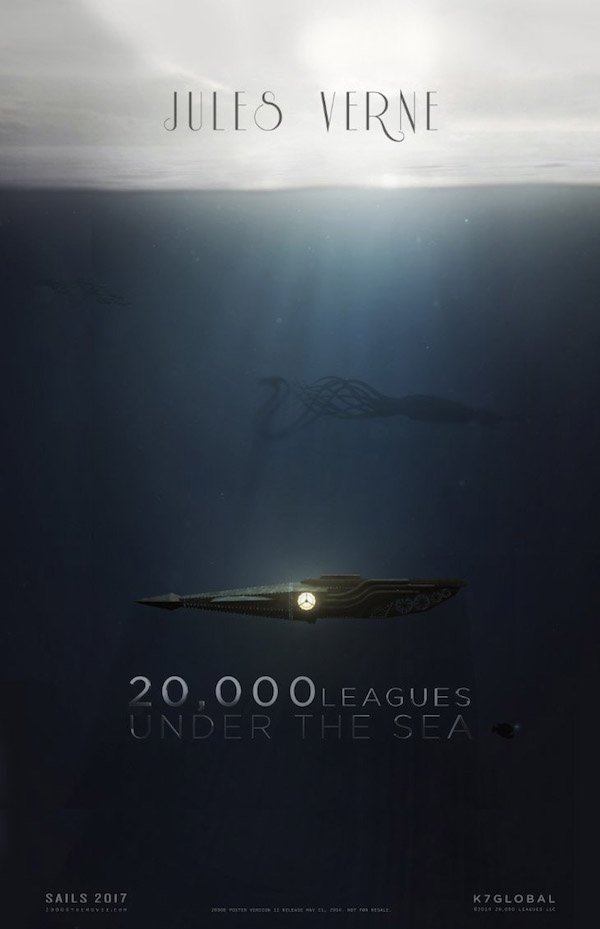 The follow up to the K7 action / adventure hit, Jules Verne’s The Mysterious Island, K7 raises the bar taking an audience on a journey that is 20,000 Leagues in the making. Sent to investigate mysterious encounters that are disrupting international shipping, Professor Aronnax and disgruntled harpooner Ned Land are captured when their frigate is sunk during an encounter with a “sea monster”. The beast is revealed to be the Nautilus submarine, at the helm, the eccentric Captain Nemo, and it is a modern marvel filled with mysterious technology and mechanical gadgets never seen before. Aboard the sub, The Professor, Ned and the crew are afforded endless fascination and danger as they are swept along on an undersea voyage to foreign lands and exotic locales spanning the globe… and even crossing through time.  Captain Nemo’s world of wonder and risk leaves our characters unsure if they will ever return to their home and to the Victorian Age from which they came, or will they be lost in time and space with the madman Nemo forever…?  The wondrous delights of this classic tale, is retold with twists and turns will capture the minds and hearts of all ages.