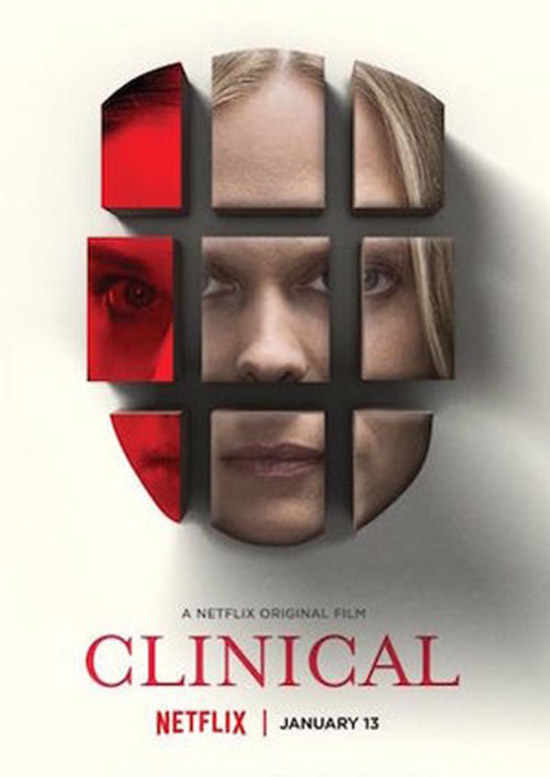 A psychiatrist tries to put her life back together after a violent attack by seeking to repair the life of a new patient, but he has his own terrifying history.

Alistair Legrand’s previous film, The Diabolical, was an enjoyable unpacking of haunted house tropes colliding with sci-fi sensibilities. Admittedly, it lived or died depending on how much you enjoyed the twisty ending, but it succeeded mainly due to its Spielberg-esque qualities and the eye it cast over the idea of motherhood. 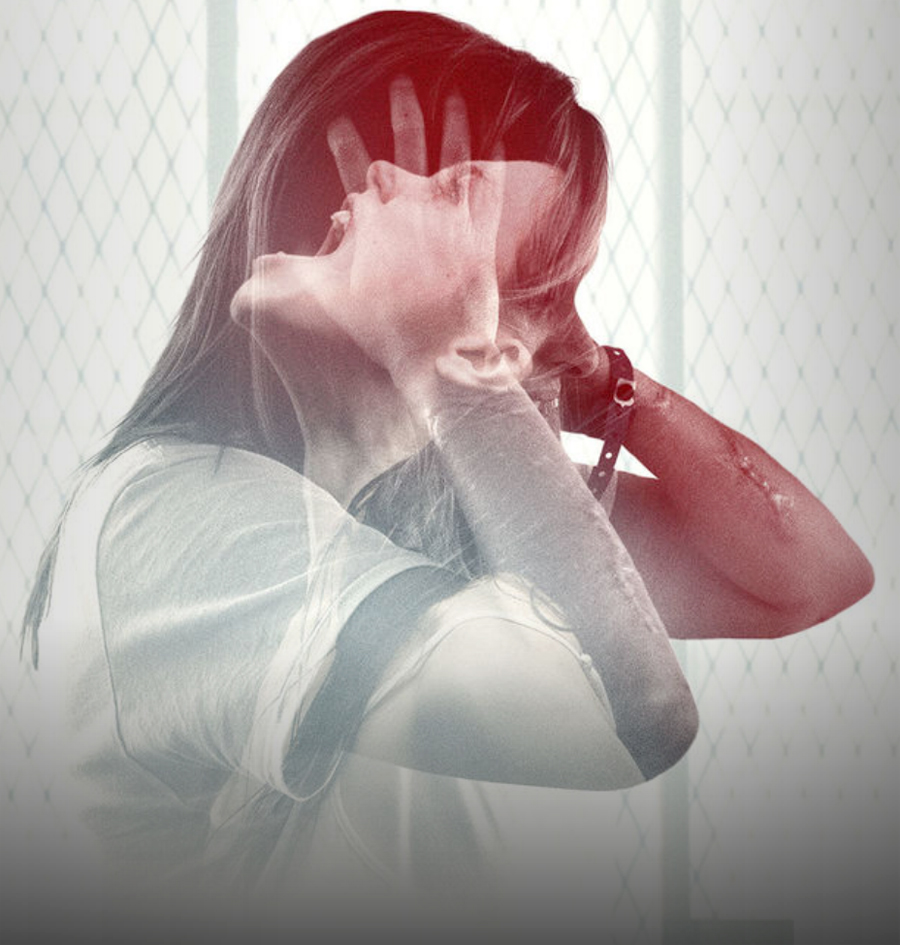 Two years later, Legrand is back with a new film and on Netflix no less. Co-written by the director and Luke Harvis – who co-wrote The Diabolical as well – Clinical dispenses with the Spielberg supernatural in favor of being a psychological thriller in the vein of Hitchcock.

Vinessa Shaw (Ray Donovan) plays Dr Jane Mathis, a psychiatrist recently returning to her practice after some much needed time off. The film’s opening sees Jane trying and failing to help a patient; the young and traumatized Nora (The Secret Life of the American Teenager’s India Eisley). After brutally attacking Jane, Nora commits suicide by slitting her own throat.

It’s a hell of a way to end your working day and, unsurprisingly, Jane has developed symptoms of PTSD. We also meet Jane’s psychiatrist, Terry (Will Atherton), who is somewhat skeptical about her going back to work, and insists that she stays away from other post-trauma patients.

It’d be a short movie if she did just that and fortunately over the narrative horizon comes Alex (Kevin Rahm); a disfigured man trying to come to terms with what’s happened to him. Although he’s initially mistrustful of psychiatrists, Jane uses confrontation therapy to try and get to the bottom of Alex’s issues. Suddenly, Jane becomes Alex’s new best friend and things come to a head when he appears at her house in the middle of the night. Cue the dramatic sting music! Running parallel to this is Jane’s own issues surrounding the death of Nora. Suffering from sleep paralysis, the good doctor is haunted by images of the dead girl in her dreams and during her every day duties.

It could be argued that Clinical is an exploration of mental health issues, but in saying that you’d have to agree that so is Silver Linings Playbook. Clinical is no more sensitive about PTSD than Vertigo is about actual vertigo. Which is fine, this is a thriller. If you want reality go read a textbook, I get that. However, it’s not Clinical’s portrayal of therapy and mental health that’s the problem. The film is, unfortunately, just not as engaging as Legrand’s previous work.

It never really makes good on the promise from its opening scene, which is a hurricane of violence and tension. Pushing close to two hours, there’s just too much flab that could be easily trimmed off. Take, for example, Jane’s best friend and boyfriend; neither of whom add anything to the narrative. Clinical calls out to be a lean and mean thriller. Strip away the superfluous characters and there is no reason why this couldn’t be a two-hander, with doctor and patient building an uneasy relationship during a therapy session shot in real-time.

Instead, what we have is a film that plays on Lifetime histrionics. The mind wanders to Mikael Soloman’s Big Driver which saw the lifestyle channel try and tap into the exploitation market with a overblown tale of trauma after rape. That kind of thing didn’t engage then and throwing a Netflix budget behind a similar story doesn’t make it any less true. Things finally come to a head when a potentially nail-biting finale is replaced with a muddied ending that acts like something out of James Bond, where the villain must explain their entire plan instead of just putting a bullet between the smug martini drinker’s head. It feels rushed and, if we once again point out the film’s length, this is inexcusable.

All of the above adds up to a frustrating experience. So much so when you stack it up against Legrand’s previous work. Here’s hoping this is just a minor blip and we’ll see the filmmaker come out swinging with his third film.