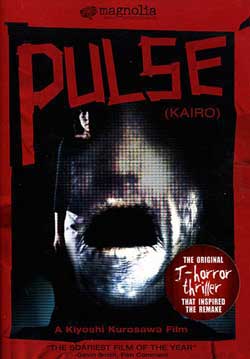 Often referred to as one of the scariest films ever made PULSE tells the story of a group of young friends rocked by the sudden suicide of one of their own and his subsequent ghostly reappearance in grainy computer and video images. Is he trying to contact them from beyond the grave or is there something more sinister afoot? The mysterious floppy disk they find in the dead man’s apartment may provide a clue but instead launches a program that seems to present odd ethereal transmissions of people engaged in solitary activities in their apartments. But there is something not quite right in the appearance and behavior of these lonely souls. Soon there are more strange deaths and disappearances within the group terrifying rooms sealed in red tape and the appearance of more ghosts as the city of Tokyo – and the world – is slowly drained of life.

I read reviews of PULSE before I saw it and they said how it was one of the best new horror movies of the year it came out. Not just in the J – horror genre but for the entire horror genre. So my interest was peaked to say the least. I would see it at Blockbuster but refrained from picking it up because I figured it would probably be worth a purchase but before I could buy my own copy it came out on cable and I recorded it onto vhs and vowed to watch it at a later date. By the way I have heard that if you record programs off the television and watch them later that this is a sign of severe depression. 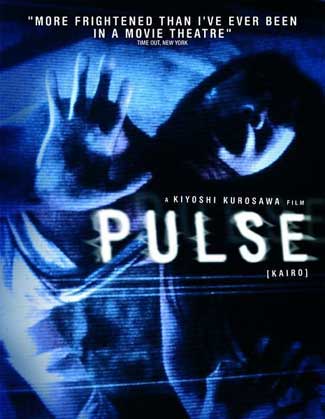 Anyway I saw it but now that I am reviewing movies for Horrornews.net I had to give it a second viewing to give it a proper review , and it’s hard to believe that with PULSE they have added another , more than worthy addition to the pantheon of great ghostly Japanese horror films , right up there with RINGU , JU – ON , DARK WATER , and UZUMAKI. And while it is very similar to RINGU and JU – ON it is still different enough to warrant giving it a viewing. I was not totally blown away like some of the people whose reviews I read but I do recognize it’s power , the depth , meaning , emotion , and the artistry of enthusiasm and care the director put into making this film. Even going a bit beyond the horror genre into the realm of just being a good film without having to put it in any one genre but it is rooted firmly in horror.

And again like THE PREMONITION this isn’t the type of film I would seek out. It’s not soaked in gore or steeped in the outlandish slapstick madness of the kind of B – horror films I prefer….BUT. Even though it doesn’t have any gore at all it has the look and feel that the guts and blood could start flying around at any time. The film itself has a great look , you get this somber feeling and know what kind of movie this is once you get into it. It does not begin with with a spectacular opening fright scene like the way I like , it just starts up almost like it was in the middle of the whole thing. It really does creep up on you and it begins with the suicide of a young man and from there it unfurls. But what is happening? 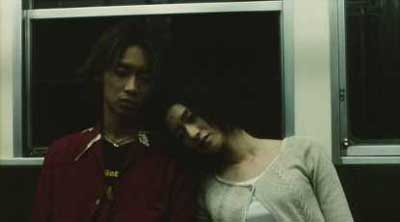 You don’t really know what is going on. Dark smudges of death of paint the walls , shadowy forms slither around but as I think about it now they don’t seem like ghosts and the word phantom never fit more than to describe these things that are in PULSE. If you need some semblance of a story to cling to there is a college student named Kawashima who isn’t very computer savvy and sees dark figures on his computer. He doesn’t know what is going on but is a little spooked but thinks it may just be something wrong with his computer and seeks help from a girl , Karasawa , who does know about computers and together they traverse through this film as there friends and soon all of Tokyo start to mysteriously and hauntingly disappear. 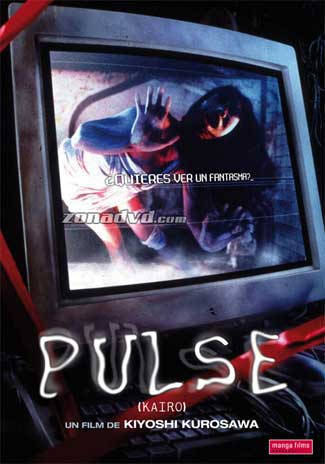 Yeah , you seen it before with RINGU and JU – ON but in PULSE there is a scene where Kawashima is reading a book about phantoms in the library when another student sits down at the table. He tells Kawashima to look over at one of the bookshelves along the aisle. Kawashima sees one of the ebon forms peeking around the shelf and I gotta say , even after seeing my fair share of J – horror films , this scene still had a decent scare level and ominous feeling.and when Kawashima tries to run around the other side to try and confront or catch the spectral figure you just know he won’t be able to , but would you want to come face to face with this thing? 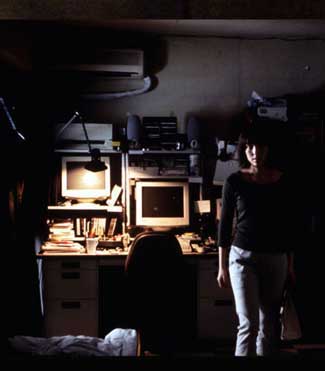 Another part I don’t mind watching over and over again is a suicide by jumping off a tower. No cutaways or weird angles you just see the person drop , smack the pavement and bounce a bit. It’s not bloody but there is a good flesh and bone crunch that makes it brutal and funny at the same time. But that is pretty much the only comedy relief in this film. This movie has a apathetic , lost , alone , and depressed tone but it does it in a good and entertaining way. 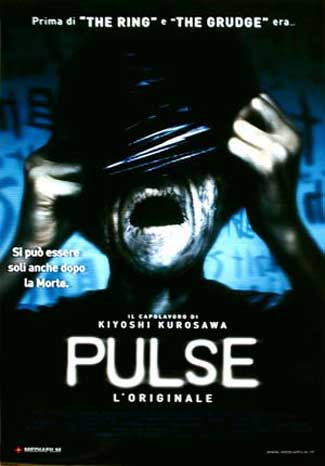 I like depressing movies and this one does it the right way , without being boring. It doesn’t seem long either even though it clocks in at about two hours. It is also about how people are so plugged into this internet that we lose connection with other humans and drift away which is what happens in this movie but in a much more terminal way. The whole loneliness thing is a theme in PULSE but it has multiple layers. There is also a idea that when a person dies your spirit goes somewhere , a place , and even this place has it’s limits of space and it has filled up and now these black souls are spilling back into our dimension. But this is just a theory in the film and you never find out for sure why all this is happening. 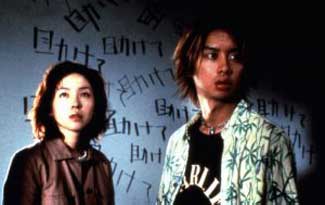 I will watch PULSE again even though it is not doused in blood and guts I still like it and if you are into the ghostly side of J – horror really like RINGU and JU – ON and still have not seen PULSE it is definitely worth your money and time , at the very least renting it or catching it on cable. It also taps into the whole apocalyptic vision that comes from the George Romero undead saga and when I realized that I liked it even more. Last thing , I just want to mention even though the American re – make is not as good as the original I do not think it is as bad as everyone says. It is so removed from the original it is worth seeing once as a oddity or just to compare to the original. Thanks for reading this and please stay on the internet to read my reviews before you turn to a black misty smudge on your bedroom wall. 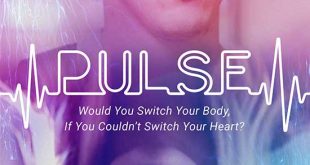