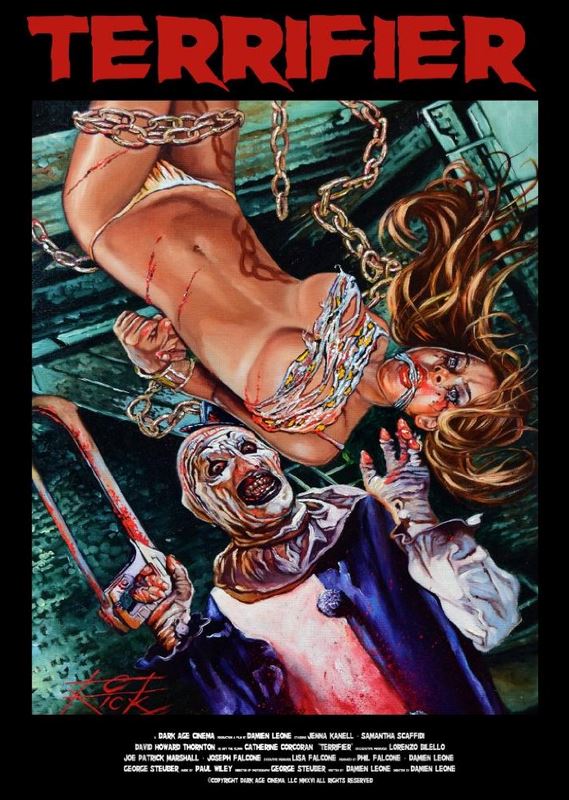 A maniacal clown named Art, terrorizes three young women on Halloween night and everyone else who stands in his way.

You say you have a fear of clowns? How about maniacal shit-eating grinning clowns that stalk, stare, and murder without purpose or reason? Hopefully by now you are familiar with Damien Leone’s previous work, the bizarrely creepy clown based film named “All Hallows’ Eve” (2013). If not, you would greatly benefit your horror repertoire by taking a gander at this worthy evil masterpiece. Bringing us to present day we have a sequel, if you will, that goes by the name of “Terrifier”. 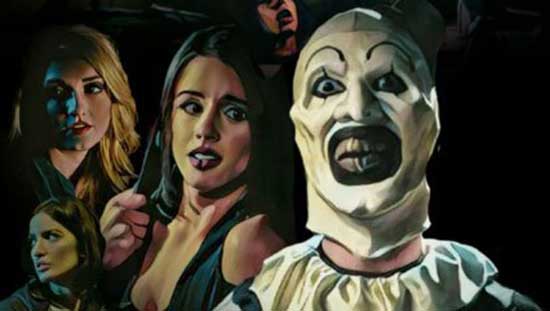 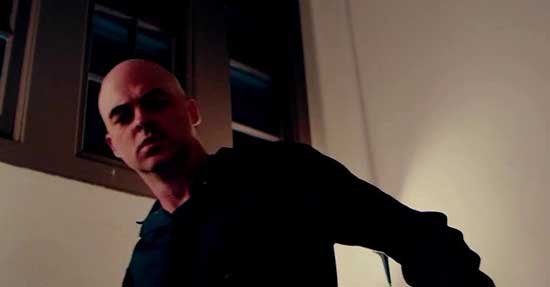 “Terrifier” sets its foundation on a maniacally disturbing clown named Art. Art is back with a vengeance this time around intent on creeping everyone out he comes into contact with while usually ending his encounters on a gory note full of murder and grins. Like the film “A Nightmare on Elm Street” we begin with an origin transformation of Art donning his makeup and costume before setting out in a mime-like fashion to find new victims.

From here, the story really is quite simple. Art sets off to murder people. The time of year is Halloween (and thus the motivation for getting out of the house). So not only murder, but often murder executed in deeply disturbing ways. Grinning all the way, Art quickly transforms from resident psycho killer to an almost supernatural entity able to deal with pain and injury inflicted upon him and still push ahead (have fun with it, it’s still just cinema). 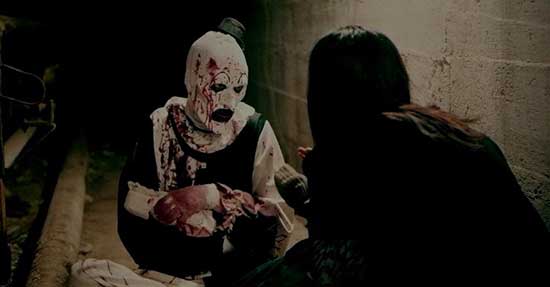 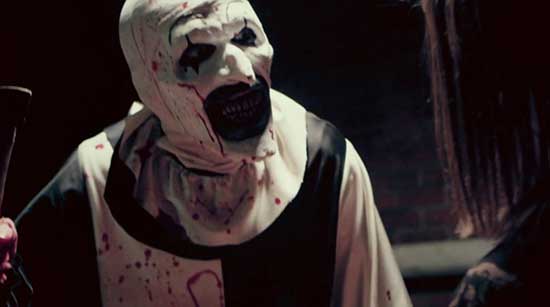 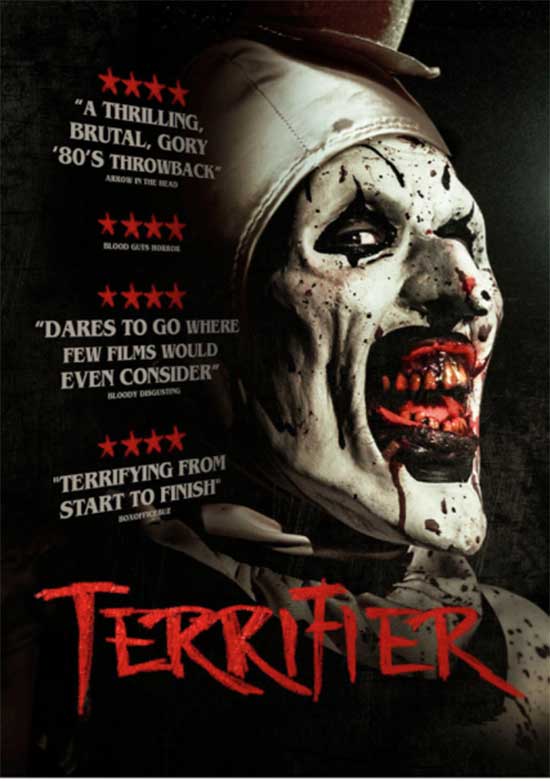 2 Girls who at first just find him to be damn creepy, end up becoming subjected to his maniacal tortures and unrelenting pursuit as they take refuge in a nearby warehouse. Art, a rather skinny lanky fellow dons his makeup through-out the whole film as he continually shows up to take down another victim. Now folks will of course have suspend disbelief here as Art takes on some pretty mean hits. The other factor being of course, why any of the victims don’t finish him off rather than injuring him and running away. But none the less, there is a certain dark fun to this pursuit and Art’s persona who despite any blows, takes it without uttering a single word.

The film lays firmly in the extreme category due to some of the nastier kills. Though in reality, fans of “the Walking Dead” will not be as shocked as you should due to already being exposed to many of the TV’s nastier bits. There is 1 scene where a woman takes a saw down the middle, that establishes pretty early on Art’s lack of any compassion for his victims. The rest of the film plays out on this visceral note all the while centering on our evil clown’s knack for being completely insane.

Will there be an origin story? I’m guessing not (in order to cement out villain’s lack of humanity and need for violence). But I do expect sequels.

What is it that truly works here?
I’ve always believed that a terrifying villain can exist with out much of a back story simply by maintaining a constant presence in the film while also staying enigmatic. This was greatly proven in films like Hellraiser that originally barely gave Pinhead any screen time and still managed to create a horror icon. With Art, we do see alot of him, however this in itself is the selling point of this character. 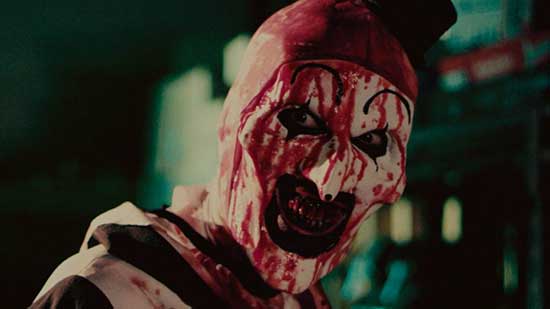 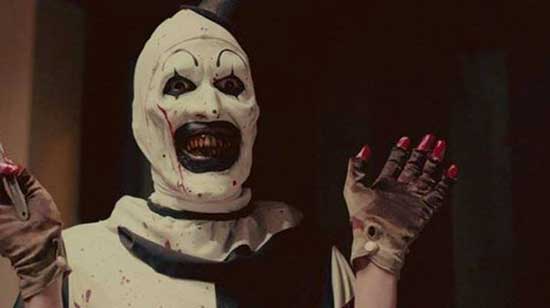 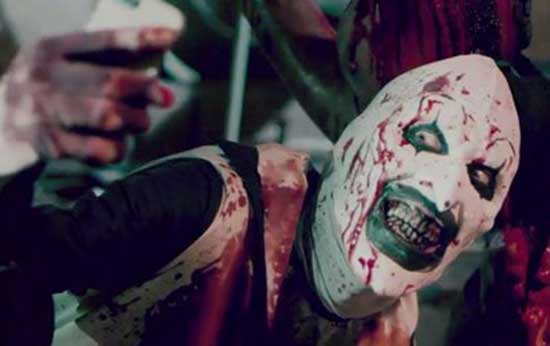 Art the clown is creepy, filthy, unrelenting, and disgusting while constantly pushing the envelope per way of equal intensity and viewer tension (yes viewer tension). While we ultimately know what is about to transpire it is the process of his silence and glaring seediness that sets us up for an unnerving experience. This experience often playing out in most disturbing ways as Art takes out his victims in effortless conviction.

All the while, the film makers of this franchise are fully aware of the paranoia and disturbing consequences they are indicating to viewers who are afraid of clowns (such as haunting afterthoughts….that may linger). While it is likely that clown paranoia may keep many away per poster alone, it is the thrill of doing it right than delivers in the end.

Damien Leone and team embrace this fear experienced by so many and shove it firmly back into the face of viewers by giving us a dark presentation that will secure its place among creepy clowns films for decades. Horror done right is an experience worth mention and this film is indeed worth mention. 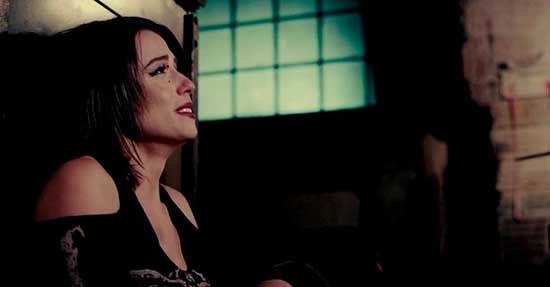 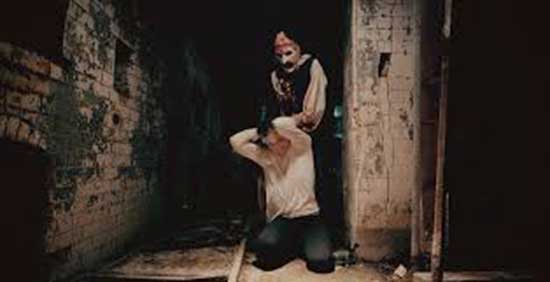 As an owner of the first release, I’m sure many of my family members will find this releases to be one that sticks. So take a gander, if horror is your bag, and don’t say I didn’t warn you!