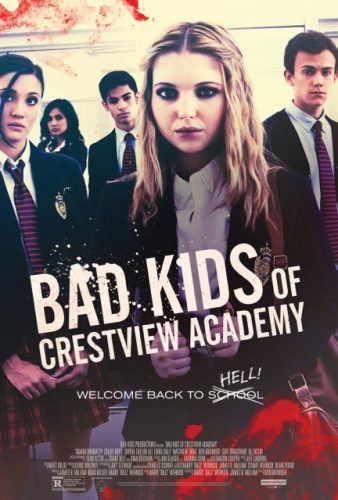 Based on the best-selling graphic novel series, a group of spoiled “bad kids” have been placed in Saturday detention at the prestigious Crestview Academy. After one of the kids locks away their teacher, they find themselves trapped in school with no way out, wondering who (or what) set them up. Their ranks quickly dwindle as each falls victim to a gruesome “accident” while trying to escape.

A few years ago while perusing Netflix, I ran across the movie Bad Kids Go To Hell. Curious, I watched the movie and was pleasantly surprised by it. It wasn’t a fantastic flick, but it had a certain charm to it that won me over. It even had appearances by both Judd Nelson and Ben Browder in it, which only made me like it more. You can imagine that I was genuinely interested in seeing the sequel, Bad Kids of Crestview Academy, after it was announced.

The movie picks up a few years after the events of the first one, and centers on Siouxsie. She’s one of the students of the Academy who manages to get herself put into weekend detention along with a series of other kids. Her sister had recently died after falling off balcony at a hotel. The common belief is that she had committed suicide, but Siouxsie believes it was murder. By getting herself placed in detention with some rich kids, Siouxsie hopes that she can find out the truth by gaining access to the school’s files. The other kids were at the party where her sister died, so Siouxsie believes that one of them knows what really happened. However, her plans hit a snag when the other kids start getting murdered in some interesting ways. 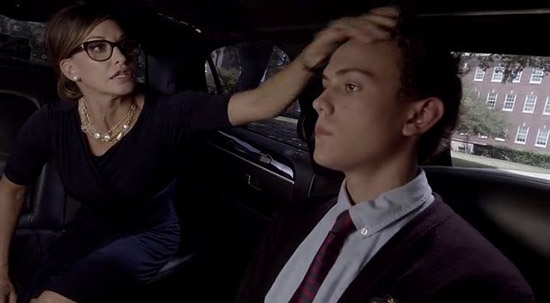 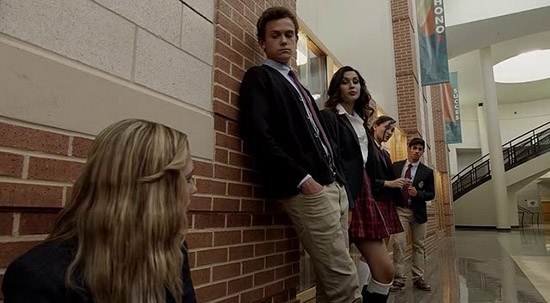 If you read that synopsis, you might already have noticed one of the flaws: lack of logic. While wanting to get a chance to question the other detainees about the events of her sister’s death makes sense, there’s no logical reason to believe that the school records would somehow have more evidence. After all, the death didn’t happen on campus. It happened on a property that was owned by one of the rich kids’ parents. It made even less sense when a video of the death shot one of the character’s cell phone was found in the school’s computer system.

As if things weren’t contrived enough, there’s the motivation behind our villain’s actions. While it was a bit of nice nod to the events of the first film, we’re supposed to swallow that the murderer was able to predict what the main character was going to do to try to sneak her way into detention, who she would turn to for help, and then get everything in place at the school to go on a killing spree. Adding to the ridiculousness is another plot twist near the end that really just stretches the suspension of disbelief to the breaking point. 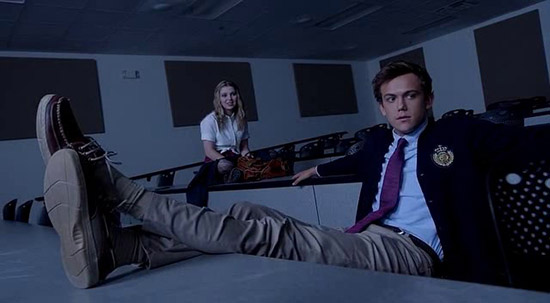 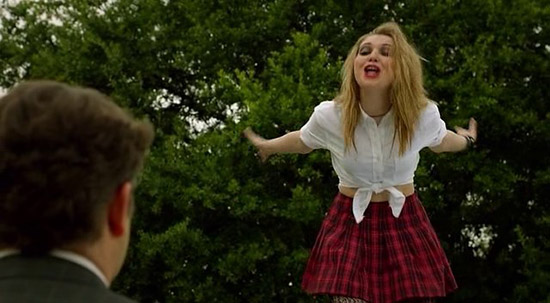 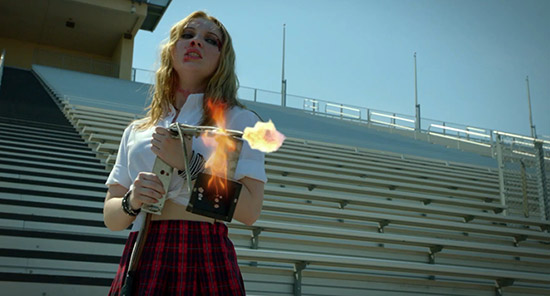 This sequel sadly lacked a lot of the charm of the first movie. While it was nice to see Ben Browder back, Judd Nelson is replaced by Sean Astin here. Astin does a fine job, but his playing the dean sending kids to detention lacks the irony that it had when Nelson played the role. (Those of us who grew up in the ’80s will get the irony). All of the other characters, including Siouxsie, were little more than stereotypes. They weren’t very memorable or interesting.

There were a few good points here. The movie was well shot and looked pretty slick. The gore effects, when not using CGI, were pretty good. They definitely brought a smile to my face, but then, I may be a very, very, sick man.. A lot of the kills were also pretty inventive. While there weren’t a lot of award-worthy performances, most of the actors were still fairly decent. At least no one outright sucked. 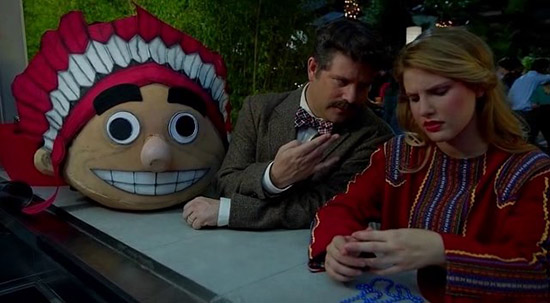 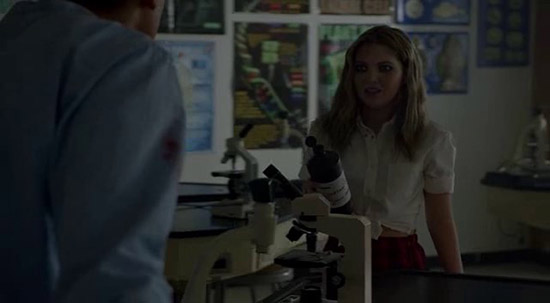 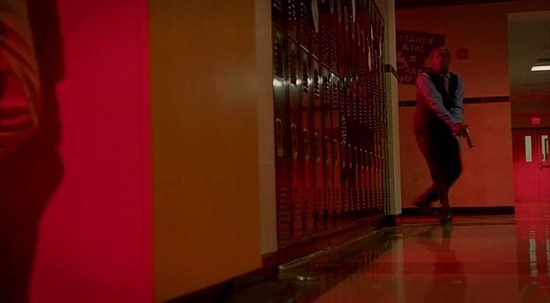 This was Ben Browder’s directorial debut. I became a fan of his ever since he was in the series Farscape, so I was kind of rooting for him here. Everything was shot well, and he knew how to frame a scene. The only real problem I can lay at his feet were some pacing issues. However, I’m curious to see what else he can do in the future, and I hope he’s able to do something better than this flick. 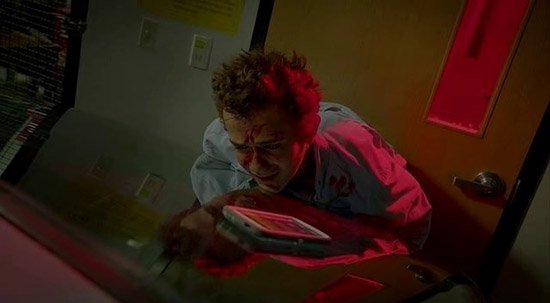 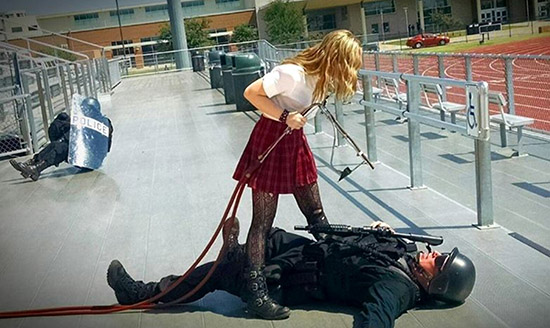 It’s sad that the follow up to Bad Kids Go To Hell would be such a disappointment. I really wanted to like it. It lacked the same special something that the original had and was bogged down by too many contrived plot devices. The movie does leave things open for a sequel, but after having watched the final product I’m not sure there should be. I can’t recommend this one, folks.