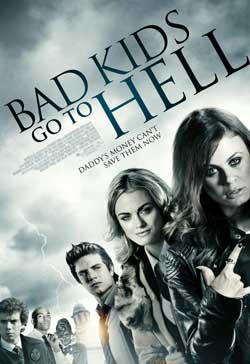 On a stormy Saturday afternoon, six students from Crestview Academy begin to meet horrible fates as they serve out their detentions. Is a fellow student to blame, or perhaps Crestview’s alleged ghosts are behind the terrible acts?

Putting forth a valiant effort to offer yawning Netflix surfers on the uneventful Wednesday a taste of outside-the-box spontaneity, “Bad Kids Go To Hell” (“BKGTH” from here in) certainly does not fail for lack of commitment to the noble cause.  It takes a premise best explained with the simple question “What if the school library in ‘The Breakfast Club’ was built on former Native American soil now home to a vengeful spirit?” and milks it from every angle, attempting to recapture the instant cult classic status achieved by the likes of “Heathers” and “Better Off Dead.”  From the graphic novel created by writer/director Matthew Spradlin, this wildly uneven and often overwrought film seeks originality while overlooking that its best moments come from a lack thereof, when it settles for the vibe of a twisted, grisly spoof of the aforementioned John Hughes masterpiece.  Pity, because those bits are often hysterical. 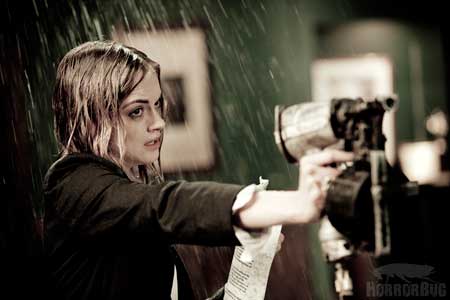 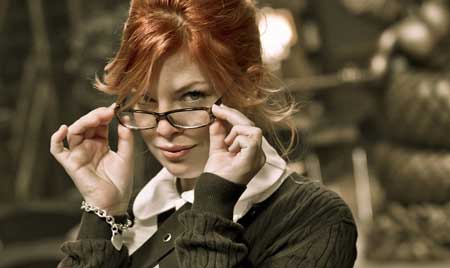 Even at the onset, “BKGTH” feels like a modern “revisualization” in places, presenting us with its diverse group of Saturday detention attendees one at a time as they arrive at posh Crestview Academy to serve their punishments.  Obvious parallel aside, this stylized introductory update reminded me of the opening school scenes in Robert Rodriguez’s “The Faculty” from 1998, which succeeded in placing a clever amount of spin on its young cast of differing social stereotypes.  This take felt reheated by comparison.  The only other characters we meet initially are Dr. Day (Jeffrey Schmidt), the school psychologist who is overseeing the proceedings, and slow-witted janitor Max, played by Ben Browder (“Farscape” and “Stargate SG-1”) with a slow speech patois that once upon a time screamed “the dumb guy” in the lousiest of 80’s comedies.  Schmidt, a virtual unknown, handles the often inane dialogue he is forced to utter with more aplomb, and even manages to pull off a couple of the film’s funniest deliveries.

Once Dr. Day locks the students into the poorly lit and overly atmospheric library, the similarities to “The Breakfast Club” are swiftly shedded.  This is evident in the leads themselves, and unfortunately so.  Whereas Estevez, Ringwald and company were obnoxiously cloying in their authentic juvenility, our motley crew this time around is obnoxiously cloying because Spradlin so desperately wants them not to be.  All six are loud, profane, and teetering on the brink of emotional despair even before the first victim hits the floor with a thud.  Only Cameron Deane Stewart as soft-spoken bad boy Matt seems uninflicted with this tendency, making it a viewer’s relief that his is given brunt of the screen time.  Coke fiend society girl Tricia (Ali Faulkner) has some nice moments in the final third, but is nothing more than a spoiled princess until then.  As leather-clad goth Veronica, Augie Duke does little more than spit bitchy venom.  Football star Craig (Roger Edwards) talks tough as to be expected, but the inclusion of the gun he brings into the school is not only unnecessary, but ringing of racial undertones with its presence.  I could almost hear the distant voice of my boastfully uncouth pal Bill joking, “You know the black kid is packing heat!” the moment Craig pulls the weapon.  Along for the ride are asthmatic goody-goody Megan (Amanda Alch) and the practically invisible Tarek (Marc Donato, “Degrassi: The Next Generation”), who commands so little focus that I often forgot he was even in the vicinity of the others.  All, in fact, are essentially forgettable, making me neither sympathetic enough to hope for survival nor adverse enough to root for death.  Singularly and as a whole, I nothinged them. 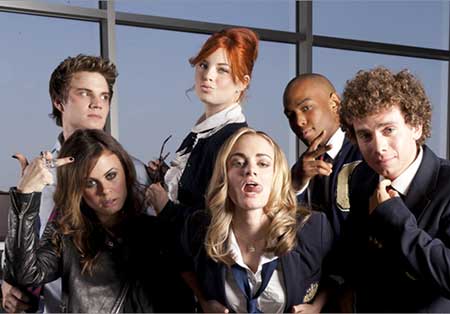 While researching the history of the school as a disciplinary exercise, our antagonists/protagonists begin to untangle Crestview’s sordid past, culminating in the recent “accidental” death of Jonah Rainwater (Doran Ingram), the final tribal holdout whose parcel of land happens to be where the library’s construction broke ground.  Veronica leads the others in a seance, hoping to speak to the restless spirit rumored to haunt the hallowed bookshelves.  A few flickering lights and mysterious wind gusts later, and Amanda lies dead from asphyxiation.  Confiscated of their cell phones and unable to leave, the group begins to turn on each other as secrets linking them not only to one another’s infractions but to Rainwater’s murder are uncovered.  Many of these reveals occur during jaunty flashback sequences which seem to belong to an entirely different movie altogether.  This detachment is in great part because they are often riotous, capturing the usual Hollywood teen antics of raunchy behavior and slapstick comedy in inventive mien.  One scene in particular, taking place during the lunch hour and explaining Tarek’s weekend incarceration, is a bona fide hoot.  Also jazzing up these forays into the absurd is the appearance of “Club” member Judd Nelson as Headmaster Nash, having more fun than any of his younger brethren. 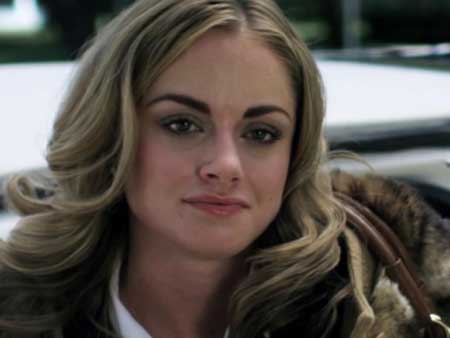 If the entire body of “BKGTH” had followed this giddy approach, it could have found the niche it clearly wants to be a part of.  Instead, it quickly transforms into a violent revenge saga, albeit one that boasts some nifty effects.  One moment, in which Matt crawls through an air duct to liberate the group (I wonder if he sought out Judd Nelson for motivational pointers?) and encounters a inexplicable swarm of c**kroaches, is effective and impeccably executed.  A malfunctioning Abe Lincoln hologram also provides fun thrills.  In his position as the man behind the camera, Spradlin captures the essence of a comic brought to life quite efficiently, moving everything smoothly despite an unfortunate tendency to bring the proceedings screeching to a halt by actually allowing his leads to talk about their feelings amidst the chaos around them.  At these points, I confess, I really did wish they’d just continue dying. 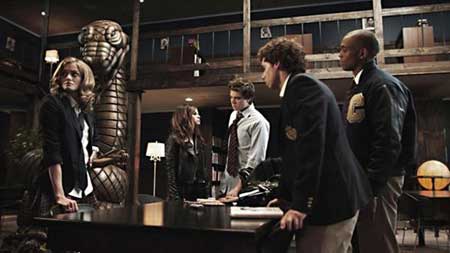 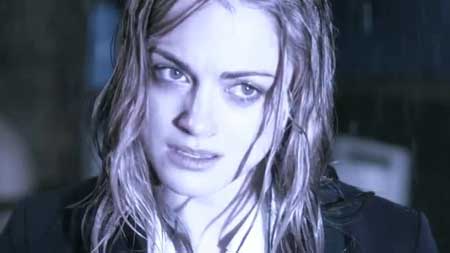 The most infuriating aspect of the entire affair is that I found myself wanting to like it at several intervals, to wipe the slate clean and see where “BKGTH” guided me from there.  This sentiment was soon quashed by yet another misguided foray taken down a wrongful path, each and every time.  As obvious plot twists began piling up in disappointing and oh-so-typical fashion during the closing moments, I realized I’d been duped into believing this film actually had the moxie to rise above the standard bloody potboiler.  Hard as it tries, “Bad Kids Go To Hell” is not the new “Heathers” it aspires to be.  Frankly, it isn’t even the new “Jawbreaker.”  It is pure Wednesday night Netflix fodder, and one that you may not even bother to finish on Thursday should you doze off.