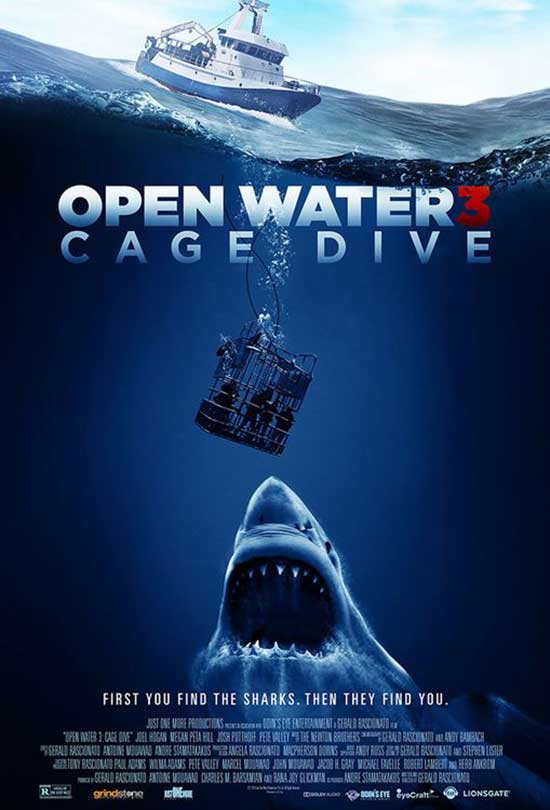 Three friends, filming an audition tape for an extreme reality game show, take part in shark cage diving. Which soon leaves them in great white infested waters, turning their recording into a blood chilling diary of survival and death.

If you sat with me for some time during the course of an evening and the conversation steered to horror films and, especially, the more current crop, you would likely catch an admission by me to loathing with a passion the “found footage” formula that began with the Blair Witch Project films. Not for their attempts to stand out from the sameness of the rest of the field (a selfie point of view for horror could certainly claim the mantle of not having been done before!) or the minimalism (always refreshing in the day and age of CGI overkill) that invariably comes with it. 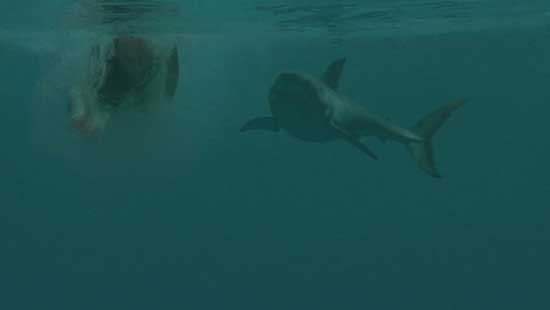 The singular despising comes as a result of the whining, obnoxious characters at the center of the story (their irritating quirks magnified by frequent and tight facial frame shots that allow close enough proximity to the person’s pores as to induce nausea). I’ve never been a movie director, but I have seen enough celluloid over the years to know that one of the first lessons to come from the Filmmaking 101 class has to be this: if you are going to make a small budget piece where the main thrust of the story are the characters, you’d be well-served to make them people an audience roots for rather than shouts out cheers at their brutal demise. To my pleasant surprise, there have been a choice few entries that have successfully avoided having the hysteria clichéd types in them. One such movie was a chiller gem from 2004 called Open Water. The heroic couple in that one seemed more fleshed out and spend the runtime focused on simple survival. I was unaware, though not surprised due to its modest box office success at the time, that two sequels sprung from this initial exercise in aquatic terror. That is, until I saw the most recent, 2017’s Open Water 3: Cage Dive from director Gerald Rascionato. I had high hopes for a similarly well-mounted affair. And it works…..for about sixty of its eighty minutes screen time. 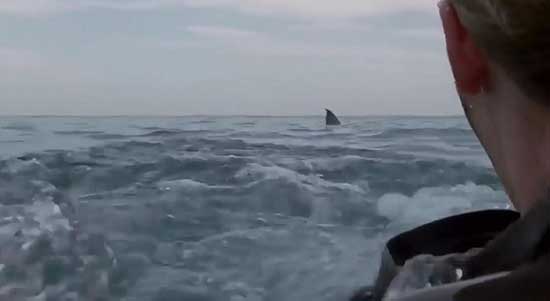 This time, three young extreme sport types seek to film a video of themselves doing a cage dive into shark-infested waters off the coast of Australia. All for entry into a reality tv show competition. Of course, things go horribly awry when, during the attempt, a rogue wave capsizes their boat and kills all of their other friends on board. Of course, the fun is just beginning for the three though, as the nearby sharks engage in a bloody game of tag with the trio. 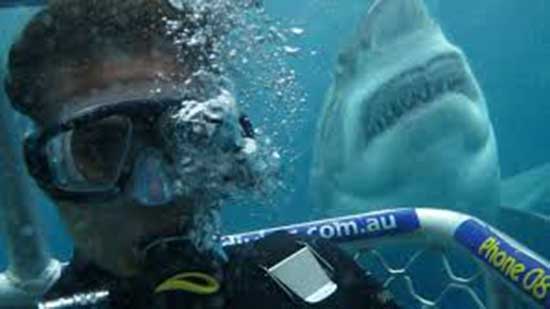 The movie starts out as this beautiful, almost travelogue-esque picture with one lush image after another providing more than enough wow-inducing eye candy for the viewer. The location work in and around Sydney, New South Wales, Australia really hides the money limitations nicely here. This is matched by the simply gorgeous underwater photography by Rascionato and Andrew Bambach (managing to overcome the restrictions of the self pov shot to offer some intensely beautiful footage of the finned antagonists swimming about). One gets the feeling that this film crew could have quite the award-winning career doing oceanography documentaries should their horror ambitions fizzle. 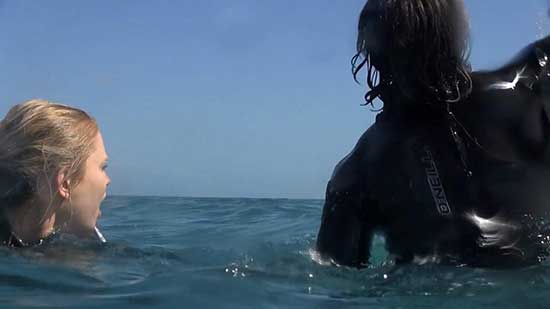 Our heroic threesome, two men and a lady, are even presented at first as normal, indestructible-minded, twenty-somethings with a certain level of charm and likability afforded each. Just average, slightly goofy types you might having living next door to you or grew up with. Then, just past the midway point in the story Rascionato, probably having binge-watched the Big Brother series only a few nights before filming, makes a near fatal error by putting the youngsters through an incredibly trite and annoying cutting room floor segment of that show by having one of the men have an affair with the woman, who’s the other guy’s fiancé, and the illicit pair try to hide their goings on from their friend. 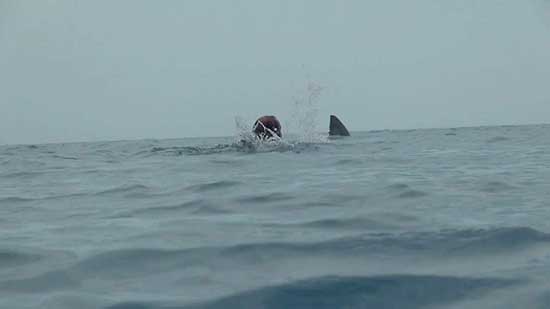 I could’ve bought it as kids fooling around and petty soap opera if it was left at that, but it is brought up again in a truly ludicrous final twenty minutes where, rather than devoting their energy toward survival or just preparing for death as they float in the water the three bicker, scream, and shout uncontrollably about betrayal and lying! The victimized guy even states that he doesn’t want to be near the others and starts swimming away (not sure where the hell he thinks he can go, being miles from any shore, but…). There’s even ranting and a physical scrum on a life raft over a flare! All of this had me looking for sympathy amongst the shark grouping circling them. Not a good directional change. 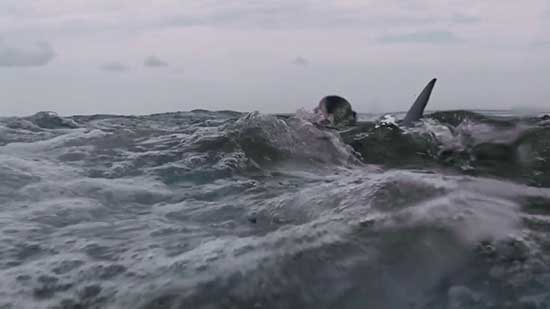 Returning to the more positive aspects of the picture, I applauded Rascionato’s restraint in the gory attack scene department. The kills are only marginally bloody, with mostly quick cuts and water turning red. There is really only one squeamish bit where the survivors try to save another of their party found floating with a thick layer of skin nearly torn off on the left side of his head. The director seems to be placing focus less on the graphics and more on letting the actors reactions and the setting itself relay the horror. 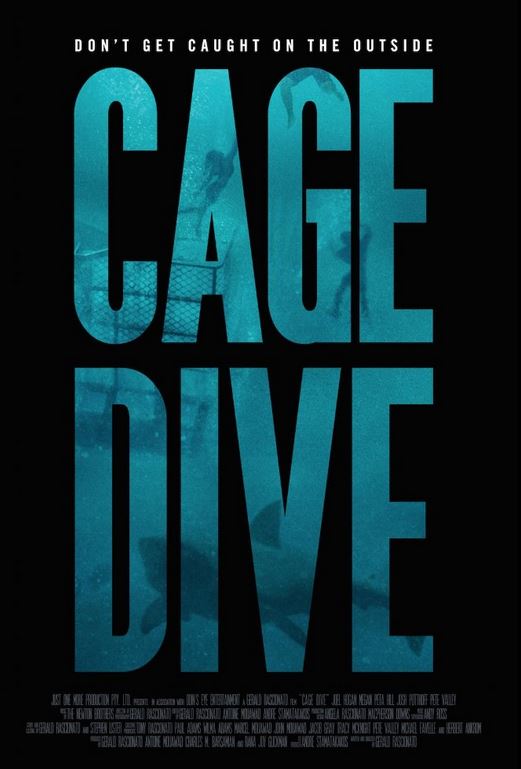 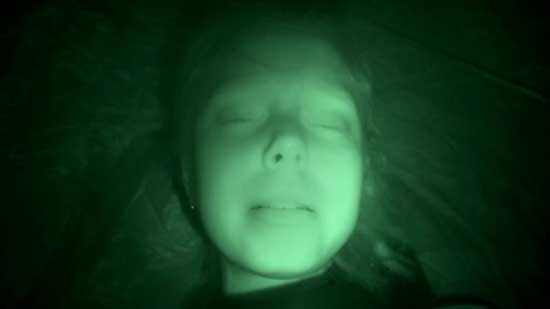