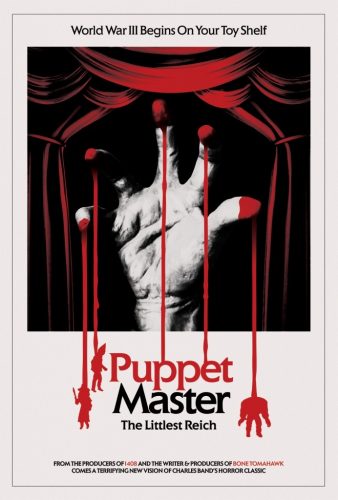 Evil Nazi puppets attack and kill a bunch of people trapped at a convention that commemorates some murders that took place several decades ago.

I have always been on the fence with the Puppet Master movies. I dug the first one, hated the second one, and could take or leave all the ones that followed, so I went into the latest incarnation with mighty low expectations. I hoped that it would at least be some nice brainless fun if nothing else and after about fifteen minutes I realized that I was partially right as it was brainless (but not much fun, sadly). I wasn’t a fan of Puppet Master: The Littlest Reich and thought that it was a horrible mess of a movie that tried way too hard to be funny and shock viewers at the same time but failed miserably at both. It’s pretty hard to mess up the formula for the Puppet Master movies but somehow the people behind this reboot/remake/whatever it’s supposed to be managed to do just that.

Why didn’t I like this movie? I don’t even know where to begin. For one, it is all over the place and if I didn’t know any better I would say that several people worked on the script without reading what the previous person had written so they just had to take a guess as to what the movie was supposed to be about. If I had to guess someone started writing it, got bored about twenty pages in and quit then the writing duties were past on to someone else who did the same thing after writing about twenty more pages. I assume that the filmmakers brought in yet another screenwriter to finish up the script and try to put everything together to make a coherent and cohesive screenplay but obviously that person wasn’t able to do so, and we ended up with a total mess that they thought people would enjoy. They were wrong. Very, very wrong.

I had so many questions while I was watching this movie (that were never quite answered). Why was Toulon a Nazi in this film? Why were there like 4,000 versions of Blade running around? Why didn’t any of them really look like Blade? Why doesn’t the film have an actual ending? Why were Udo Keir, Michael Pare, and Barbara Crampton all in this (did they all have house or car payments they needed to make and needed some quick cash or what?)? What did Charles Band think about them making a mockery out of his creations? Did anyone out there really enjoy this movie? Why did somebody think that doing this film was a good idea? I could go on and on, but I think I’ll just stop there. 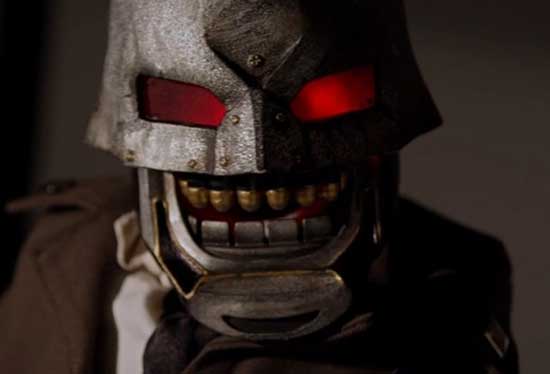 One of the most annoying and frustrating things about Puppet Master: The Littlest Reich is that it could have been a good movie (maybe). Instead it is just a total waste of time full of “shocking” scenes meant to get a rise out of people that really weren’t that shocking. I don’t have a problem with kids or babies being killed in horror films (I know, I know, I am a horrible person, but I would rather see this happen than any animals being killed off) but I know in general a lot of viewers out there do and the people behind this film were aware of this.

While I wasn’t offended by the scene where a puppet crawls up a pregnant woman’s ummmm…. private area….and rips out her unborn fetus I still thought that it was incredibly stupid and was just thrown in there to get a reaction out of people who are bothered by this sort of thing. This is the perfect example of filmmakers trying way too hard to be edgy but instead of being shocking and disturbing I thought that it was just plain dumb and screamed “Hey look at us! We go there because we are hardcore and all!”. This kind of stuff didn’t work with A Serbian Film and sure as Hell doesn’t work here either. 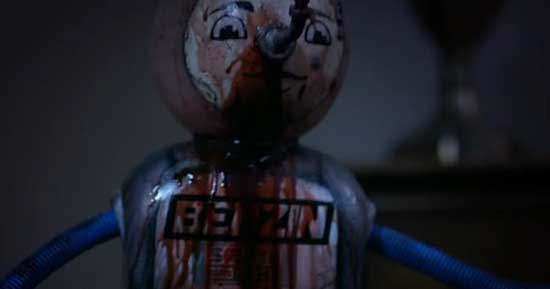 Did I mention that the film doesn’t really have an ending? At the risk of spoiling things for anyone let me just add that the movie ends with a caption that pops up on screen that reads “To Be Continued….”. Really. I’m serious. I’m assuming that the last person that worked on the script just gave up because he or she didn’t know how to end it and thought that this was a good route to take or the people behind it thought that it was clever. It wasn’t, and if you thought people were ticked when they got to the end of The Devil Inside and were instructed to go to a website (that no longer exists, by the way) to see the ending how upset are they going to be when they are told that this film is going to be continued (which I have my doubts will ever happen as most people hated this movie as much as I did as far as I can tell)? This is just screenwriting at it’s laziest and if I were responsible for something like this I would be embarrassed and want my name taken off of it. 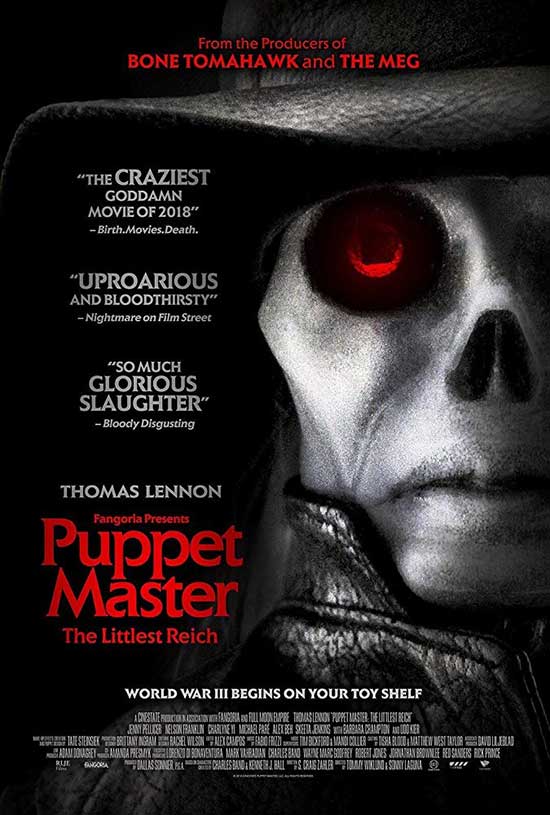 As you can tell, I didn’t enjoy Puppet Master: The Littlest Reich at all. It is poorly-written, hard to sit through, and is just yet another horribly put together cash grab that insults and spits in the face of the original source material. There are a lot of victims in this movie, but I think the biggest one in general are Charles Band and the fans of the other Puppet Master movies who will no doubt be appalled when they see what the people behind this film did to their beloved characters. I don’t say this often, but this movie is total garbage and there is nothing even remotely redeemable about it. Inexcusable, and I feel like I wasted 90 minutes of my life that I will never get back. Avoid at all costs, especially if you are a Puppet Master fan.