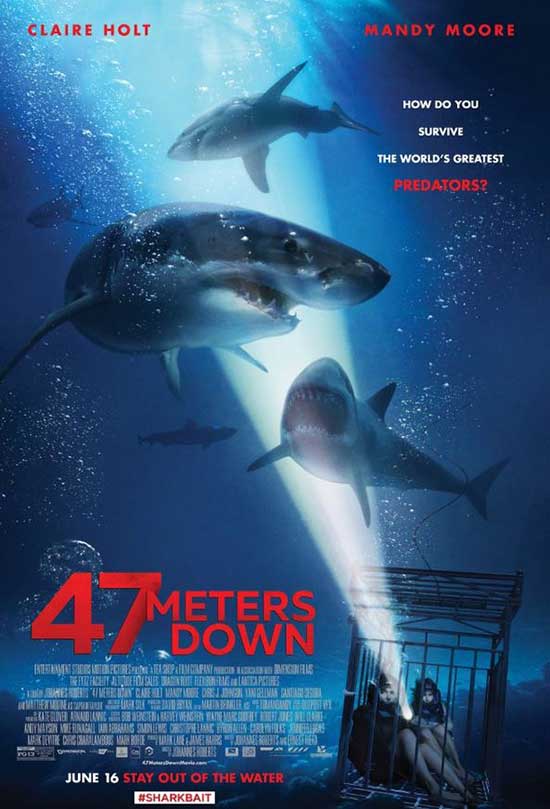 Two sisters, vacationing in Mexico, are trapped in a shark cage at the bottom of the ocean, with less than an hour of oxygen left and great white sharks circling nearby

A friend of mine used to hate it when I would comment on a movie and say, “It was pretty good for what it is.” His biggest issue with that statement was that it did not allow for a well-defined, objective list of criteria. It was too wishy-washy.

I don’t think so.

Obviously, you wouldn’t attempt to hold “Bio-Dome” to the same artistic standards as a film like “Sweet Smell of Success”. You don’t compare “Starcrash” to “The Tin Drum”. These films aren’t even in the same playground, even though they are both movies and are made in a generically similar method. They might be processed in the same lab, yet they couldn’t be further apart.

We meet Lisa and Kate on vacation in Mexico. Two very pretty and likeable young women who are taking a break from life. During a night of fun and partying, Kate pushes her conservative sister Lisa into agreeing to see some exotic ocean life up close from the safety of a shark cage. Wouldn’t you know it, but the cable holding the shark cage slips, and the girls find themselves stuck 47 meters down with three large great white sharks circling as the air in the girls’ tanks dwindles.

A simple premise with maximum relatability that plays on multiple fears built into humans: suffocation, deep water, darkness, isolation, death, and sharks. Admittedly, a filmmaker could focus on certain elements in an effort to make a statement about the human condition. Or, the filmmaker could intend to take you through a knothole backwards and toss all that arthouse nonsense out the window.

Director and co-writer Johannes Roberts set out to do the latter. While keeping the film visually appealing, he takes his simple elements and milks them for every thrill and scare he can. Even though the sharks are a constant threat, they only show up sporadically, usually resulting in a jump scare. The sisters, played by Mandy Moore and Claire Holt, help keep the tension going as they struggle against their predicament, the elements, panic, and dwindling air supplies.

While I can’t swear I know the filmmaker’s intent, I don’t think there was ever an attempt to create a masterpiece. Apparently, the film was originally intended to be released directly to VOD (Video On Demand), DVD, and Blu-ray. They knew they were making something to fill a specific need. Give the viewers a quick thrill and a few moments of tension, then take your money and go make your next movie. Someone decided the movie was good enough that it should be released to theaters as a summertime popcorn movie.

The downside here is that trolls love to attack things that make it to the big screen. Maybe they don’t like a smaller film disrupting their feast of mega-million-buck roller-coaster blockbusters. Who knows? Yet you will find plenty of dislike for this film on the web. Most of the criticism ends up being leveled at the lack of accuracy concerning the diving equipment and how it functions in relation to the plot.

Okay, I will admit to having a couple of instances of thinking, “That doesn’t seem quite right,” and I’ve never been diving. Sport Diver posted an article noting the more unbelievable parts of movie. And trolls in forums love to do the math to show that the two girls would be out of air in about a third of the time that the movie allows.

Is this a fair assessment of the film? No. Why? Because “47 Meters Down” is not a primer on how to scuba dive. It is not a documentary. 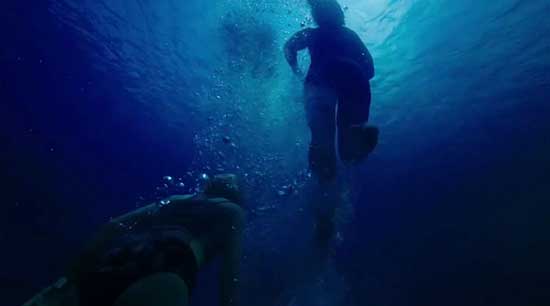 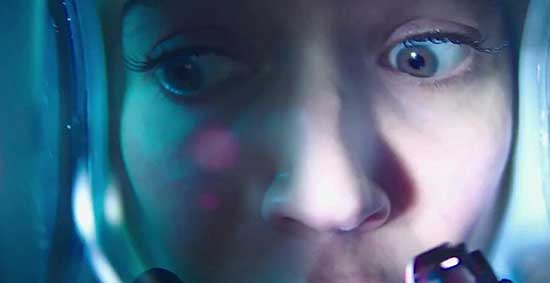 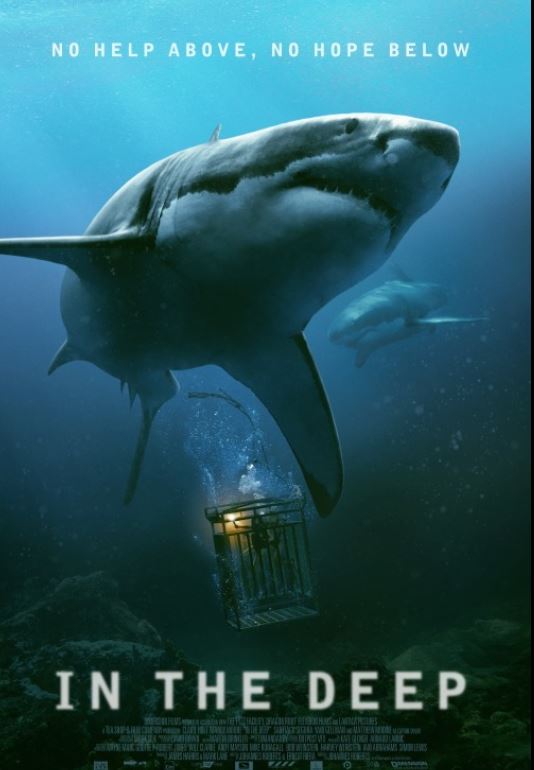 “47 Meters Down” is a reasonable time-waster that looks really good. It is a shark-based thrill ride. It is pretty girls in peril. It is sharks popping out to mouth “Boo!” as you think, “I sure as hell wouldn’t get in the water with sharks around, cage or not!” It is fodder for season 32 of Mystery Science Theater 3000. It is meant to be fun.

As a bit of fun, it succeeds most of the time, but it has its flaws You get a lot exposition in the first 20 minutes or so that is basically a set-up to leverage Mandy Moore’s cautious character into the shark cage. You get a lot of panting, screaming, and “Oh my god” muttering. You will get tired of shots of the dark surroundings that may or not be hiding a shark. You also get a twist that is telegraphed and ultimately borders on insulting the audience, even though you get some really cool-looking shark action for the trouble. 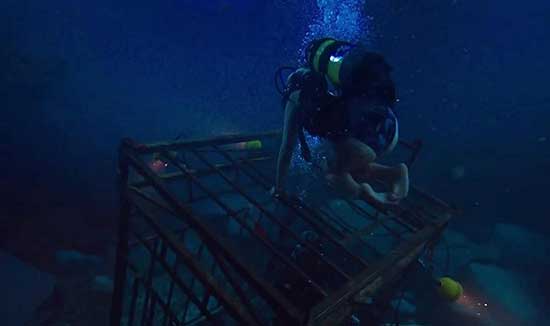 You should drop your brain off at a Wim Wenders film, and let your body go see this little bit of candy floss. Have some popcorn. Above all, just have fun while watching it. “47 Meters Down” is pretty good, for what it is.