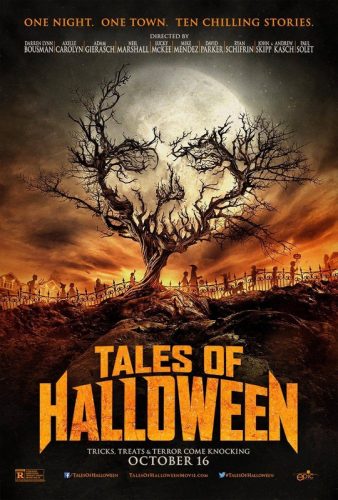 Vignette horror films seem to be hit or miss.  Dead of Night (1945) tends to be the film by which most other films are measured with its five tales (not all of them are horrific), and Dan Curtis’s creepy television outings Trilogy of Terror (1975) and Dead of Night (1977 – no relation) are held in high regard.  George A. Romero’s Creepshow is a perfect Halloween film (though it was released in the month of November!) and even the made-for-TV movie Nightmares (1983), which was instead given a theatrical release by Universal Pictures and an R-rating by the MPAA, has its followers.

Tales of Halloween (2015) is a valentine to horror film fans by horror film fans who have become writers, producers and directors.  A fair number of genre directors make humorous cameo appearances throughout the film.  The poster art is very clever, as it features a tree set against the moon to create the illusion of a skull.  Think of the poster for 1982’s Visiting Hours.  Tales uses a disc jockey’s (Adrienne Barbeau) voiceover as the framing device and the film begins with Sweet Tooth, a predictable and weak tale about a teenage babysitter and her boyfriend who take delight in scaring her young brother Mikey with the story of a boy just like him who had mean parents who ate all of his Halloween candy.  You can see where this is going.  Visually interesting, this first of ten tales is marred by mediocre acting and writing.  There is a clever juxtaposition of George A. Romero’s Night of the Living Dead (1968) which takes the image of a zombie eating the flesh off of a bone and jump-cuts to Mikey eating candy with similar hunger.  There is a sexual connotation between the parents similar to the mother and Santa in Lewis Jackson’s You Better Watch Out (1980).  Unfortunately, even the candy bar named “Carpenter” can’t save this tale.

The Night Billy Raised Hell gets kudos for originality.  Directed by Darren Lynn Bousman (Saw II, Saw III, and Saw IV), an unrecognizable Barry Bostwick stars as Mr. Abbadon, a man whose house has been egged by kids.  He does an admirable job of turning the tables on the kids, and has a humorous encounter with model Adrianne Curry.

The most disturbing of the bunch is Trick, wherein a group of adults are terrorized by a group of trick-or-treaters. Directed by Adam Gierasch, this short has some riveting camerawork and editing, but the plot is very brutal and sadistic.  Very mean-spirited, though it does feature Night of the Living Dead on the television.

In Paul Solet’s The Weak and the Wicked, a young man who is bullied by two men and a woman conjures up a demon to kill them.  Victims of bullying will enjoy this little ditty when the three get their just desserts…even if the action happens off-camera. 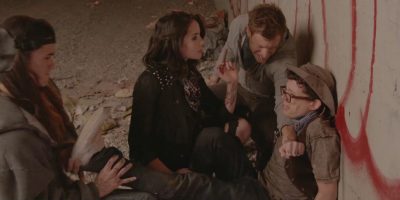 Axelle Carolyn’s Grim Grinning Ghost produces the film’s most unexpected scare as a young woman (Alex Essoe) is accosted by an evil spirit.  Her car breaks down in the middle of the night and she is forced to walk home after accidentally shattering her cell phone.  This tale is complemented by moody cinematography and the creepy feeling that one gets when walking through a quiet neighborhood in the middle of the night and features Lynne Shaye in a cameo role. 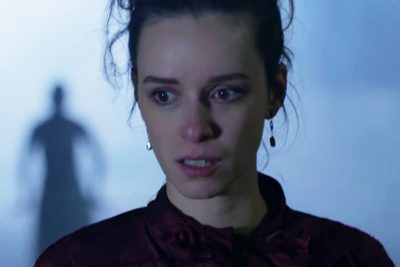 Lucky McKee’s Ding Dong is a bit nonsensical yet stars the indomitable Polly McIntosh as a real witch who loves to eat children.  You may recall her as the titular The Woman in McKee’s film from 2011.  She is every bit as crazy here, especially in how she treats her husband.

Andrew Kasch and John Skipp’s This Means War is a humorous look at what happens when feuding neighbors try to outdo one another with Halloween lawn decorations.  It’s a perfect example of how the stupidity of the adult world can get the better of people.  Look fast for Horror’s Hallowed Grounds’ Sean Clark.

Friday the 31st has a great title but is by far the least likeable entry.  It features a trick-or-treating extraterrestrial (yes, you read that right) who fights with a deformed serial killer.  I’m really not sure what writer Mike Mendez and director Dave Parker were thinking, but that’s just me.

The Ransom of Rusty Rex is my favorite.  Written and directed by Ryan Schifrin, it features two kidnappers who steal a rich man’s son off the street and are shocked that he hangs up on them when they make the ransom phone call.  Despite numerous attempts to get the man, played by John Landis, to negotiate his son’s release, he clearly wants nothing to do with him.  Soon, it becomes obvious as to why.  The late Ben Woolf plays the titular character (and it’s so sad that Mr. Woolf suffered such an untimely death). 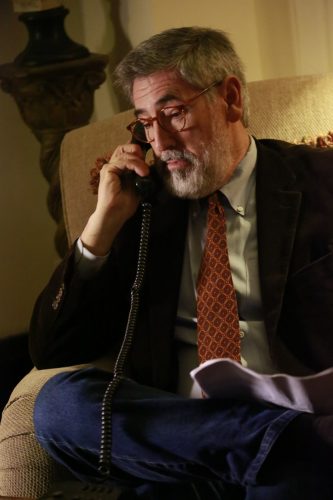 The film ends with Neil Marshall’s Bad Seed, a cleverly-titled story about a detective (Kristina Klebe) who tries to get to the bottom of how a genetically engineered man-eating pumpkin ends up terrorizing the town. Written and directed by Neil Marshall, this short has a nice nod (no pun intended) to John Carpenter’s The Thing (1982).  Joe Dante makes a cameo appearance.

Epic Pictures has spared no expense in the release of this set which include no less than four discs!