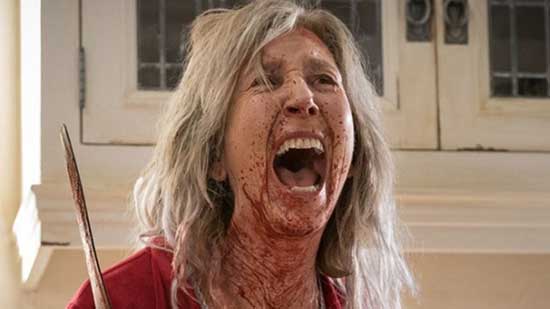 Lin Shaye (Insidious, There’s Something About Mary, Dead End) is a national treasure. She has been making movies and doing theater. Lin stars in The Call with Tobin Bell (Saw). The Call is directed by Timothy Woodward Jr and written by Patrick Stibbs. Lin Shaye spoke to Horrornews.net about The Call.

“From the creator of Final Destination, Lin Shaye and Tobin Bell star in this terrifying tale of death from the fall of 1987. After a tragic accident, a group of small-town friends must survive the night in the home of a sinister couple. One by one, their worst nightmares quickly become reality as they enter the realm of THE CALL. Four Friends. One Phone Call. 60 Seconds. Stay Alive.”

Hi Lin, its such an honor to talk to you again.

HI Janel, how are you doing.

I’m doing well. How are you?

Lin- Ya know, (Laughter) I don’t know. The fact that The Call is coming out now is a real treat. It feels exciting and normal, more than what we’ve got going on.

I got to watch The Call and it was so good. You are just so good. I was watching Insidious the other night. How did you get involved with this movie? Oooohhh Lin, you scared us a bit in this movie. I have goosebumps, you’re so good! I have goosebumps again just talking about it.

That is good news. I love it!

Lin- I got involved before the pandemic, gratefully. It was a script that… a client of my manager brought to her. The writer is Patrick Stibbs who lives in Nebraska, believe it or not. I always think, does anybody really live in Nebraska? It seems so different than where we are and we do here in California. Blah, blah blah. But anyway, I’d never met Patrick but he is a terrific and interesting man. In the beginning I felt it was a little bit too much about the supernatural with her being this sort of witchy woman that’s casting spells. I’m never as interested in that, as in what is causing someone to behave the way they do. That’s the actor in me. We tried to amplify the idea. I was interested in, what made this woman turn on these kids and enter this world of horror. It’s kind of about bullying, being a fragile human being on many levels and being pushed into a corner that you can’t get out of. That kind of happens to Edith and she goes over the edge. However, that manifest itself. It is about her entering this dark world, then she’s goes to revenge herself on these kids that hurt her. So, that became interesting to me. Patrick was open to my ideas and input. My manager is great too. That was fun for me and I’ve never played anybody that awful either.

You did good. How did they do the make-up? The make-up is so creepy but so cool.

Lin- That was our wonderful make-up artist Ching Tseng. She was absolutely fantastic. There’s no CGI or anything. Pablo Diez does the cinematography is fabulous at lighting, so a lot of it was lighting effect also. Along with what she created physically with my face, hair and my mouth. The nuts and bolts of it is sort of fun. The make-up process took a long time. It brings out the child in you also, like look how awful I can look.

Lin- I’m glad it feels that way because that’s what we were hoping for. I never met Tobin, although, my new slogan is we both have the same godparents, which is, James Wan and Leigh Whannell. They gave Tobin his career really through the Saw episodes and same thing for me with Insidious. I had never met Tobin but I was always a fan of his. I loved seeing him and he’s got a beautiful camera face. He’s a real handsome guy. There was a lot of mutual of love and respect. It was all very professional and very tuned in when we were onset together. We were as thick as thieves. We had a lot of mutual love for each other, without saying much. 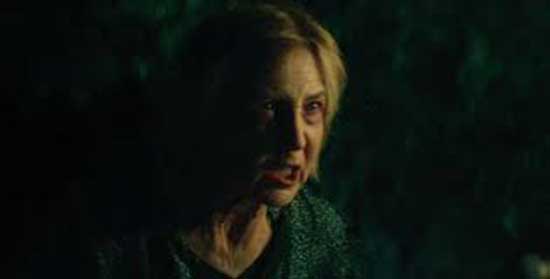 What do you want to say to everyone that will be watching The Call and those of still in quarantine? I thank god for movies, friends and zoom meetings and stuff. What would you want to say and where can we all see the movie? I watched The Call and it distracted me and made me happy.

Lin- Awww, Thanks Janel. My heart is just broken. Personally, its been really tough. In a weird way, everybody is so upset and a little but short circuited and a little bit mean, I don’t like going out there very much. Then on the flip coin of that, everybody wants to support each other. I think the bottom line is use this time to investigate yourself a little bit. If there is a silver lining, it’s that it’s taken away a lot of the outside static that we’ve had to deal with every day. It’s gotten a little more intense with all the electronics that people are involved with. Try and find the time everyday to enjoy the solitude that you can have with yourself. I’ve learned a lot about myself these seven months. It’s not just who I am, it’s choices I made. I think its really important to use this time to use this time to investigate the choices you make about yourself and how you behave, and who you want to be. That would be my little philosophic pitch. On the other end, talking about The Call I’m going to tell you where you can get tickets. They can be purchased online through Fandango and at thecallmovie.com will have a list this week. It will be at drive-ins and at some theaters that are socially distancing. I hope people will go see it on the big screen. It makes the movie sing in a special kind of way.

Thank you so much Lin. It was an honor as always.

Lin- I love you all and thank you for enjoying my movies and for giving me so much support and appreciation. That’s what is keeping me going. 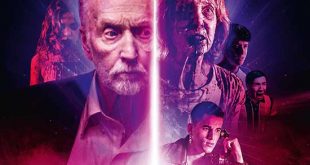 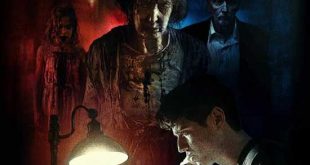 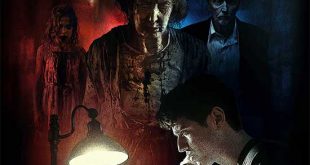