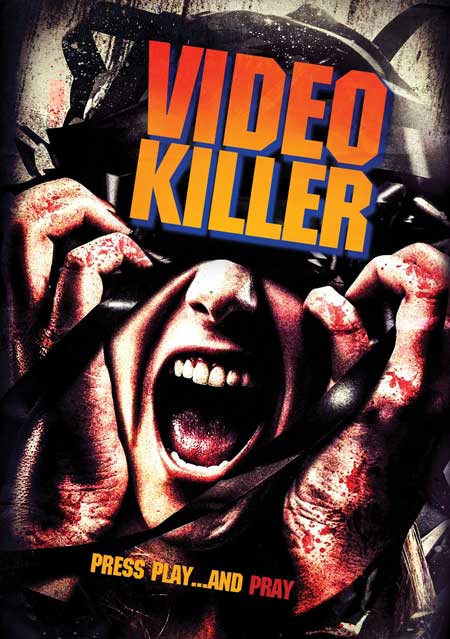 When Amy receives a haunted VHS tape containing weird films from a figure stalking her she realizes she is not alone and must find other victims who are being haunted to try and work out who is trying to kill them.

Reviewing my notes for “Video Killer” the first thing I wrote at the the top of the page was “Ugh.  Found footage.”  That particular sub-genre has had one of the worst batting averages in horror over the last decade.  Most of them are poorly structured, derivative, and dull.  Despite this, I was looking forward to “Video Killer.”  Its title reminded me of the underrated ‘80’s gem “The Video Dead.”  However, about twenty minutes into watching “Video Killer” my initial doubts were confirmed. 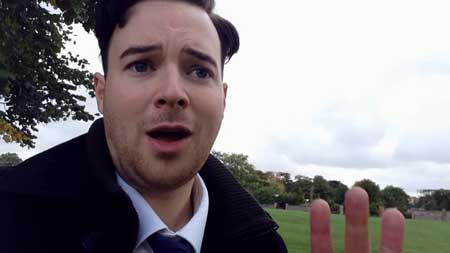 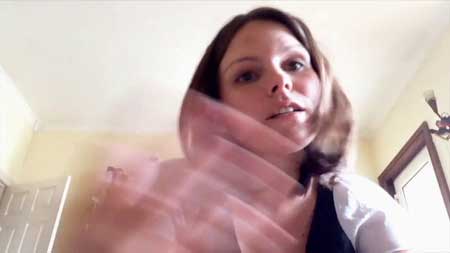 The plot is fairly boilerplate.  A group of four (maybe five, it’s hard to tell the characters apart) strangers are each individually documenting via smartphone their experiences with a series of mysterious video tapes that are being left at their doorsteps.  The tapes are full of twisted animation that foretell of bad things to come.  If you’re wondering, “why are they watching these strange and threatening tapes in the first place?” then you’ve put more thought into the plot than the filmmakers themselves.

Eventually, the characters begin to be haunted in real life by a strange demonic figure.  The demon is dressed in what appears to be a cheap Halloween costume and breathes like an asthmatic.  It’s a wonder he’s able to sneak up on anyone, let alone scare them.  I’ve been to high school haunted houses that instilled  more dread.

And the whole time, the characters keep watching the tapes!  One character even has to go to the trouble of pulling out her old VCR from storage for the privilege.

And yes, this is a found footage movie.  Or at least half the time it is.  The filmmakers cut between footage filmed on the characters smartphones and more traditional shots.  I’ve seen that work in several movies, including “District 9” and “Behind the Mask.” In the right hands, that style can be a great way to tell a story. However, instead of using this to enhance the film, it distracts from the narrative.  Assuming the premise that this is a mockumentary, my mind kept wandering.  Who edited together all the footage?  Was it a group of documentarians who found all the videos and meticulously put them together?  If so, why isn’t there a narrator?  What if it was the demon itself?  That raises even more questions.  Does the monster have Adobe Premiere and a synthesizer?  If an audience member is asking these questions instead of becoming entranced by your story, you have failed as a filmmaker. 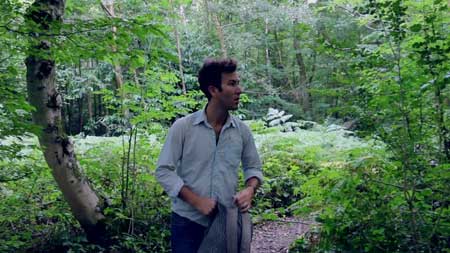 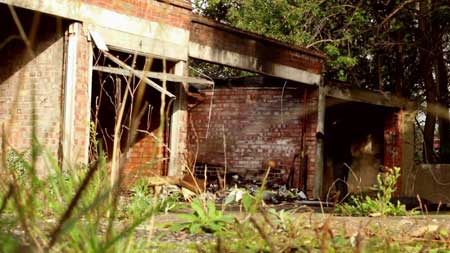 Perhaps the most perplexing decision by whoever edited the movie was to give the entire film a herky-jerky effect throughout.  Even scenes that were obviously shot on a high definition DSLR look like they’re buffering.  One must assume they were too lazy to only apply that effect to the found footage parts and instead did it to the whole project right at the end. This movie is literally hard to watch.

To their credit, you can tell that the filmmakers are well-versed in the history of horror movies.  There are obvious references to, among others, “Blair Witch”, “Babadook”, “It Follows”, and “Resolution.”  However, it seems that the makers of “Video Killer” don’t understand what made those previous films successful.  The references only end up hurting the enjoyment of the film.  I kept wishing I was watching one of those other, better movies.

The saddest part of the whole thing is that there could have been a decent film produced out of all this.  The entire cast is game, and lead Victoria Falls gives an excellent performance despite the underwritten character she’s given. Also, the found footage style is very forgiving to a small budget.  However, the tone of the film is all over the place.  For instance, there are some dream sequences that involve possessed video tape coming to life and strangling the characters.  Those scenes bring to mind the crazy weirdness of “Rubber”, but this film takes itself way too seriously to pull  something like that off.  There’s also a brief and ill-advised scene involving sexual assault that doesn’t fit with the rest of the movie. 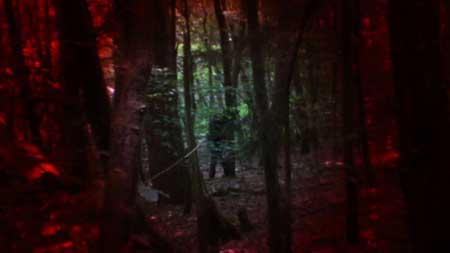 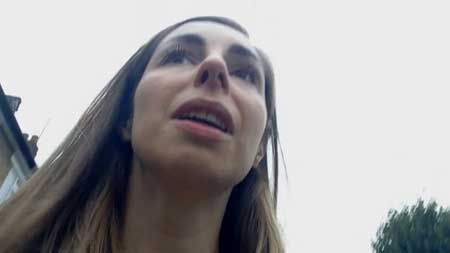 In the end, “Video Killer” is not worth the time.  We’ve seen this movie a million times, and done much better.  I suggest enjoying one of the many superior films that “Video Killer” references.