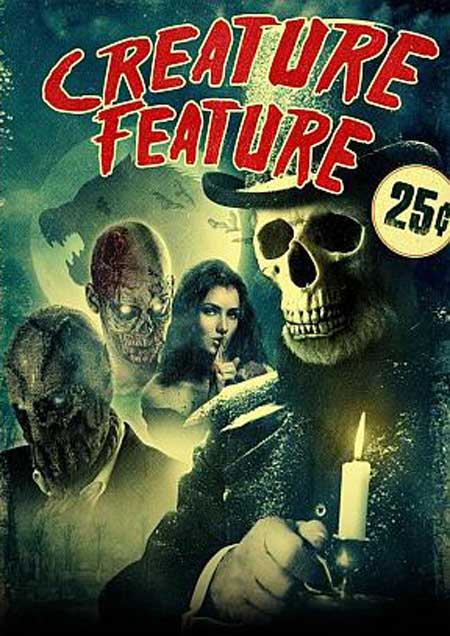 Creature Feature is five interwoven tales of terror that occur one foggy Halloween night in Georgia. A babysitter learns a new appreciation for fine art and hard lesson about the consequences of being irresponsible…and naughty!; a group of college kids stumble on the mother of all Scarecrows; two teenagers are forced to steal from the wrong cantankerous old hermit who has been known to occasionally howl at the moon; a murdered father comes back for vengeance against his gold-digging wife and traitorous children; and all of this Halloween fun is made possible by a London Gentleman known as…”Jack”

Fresh off the horror anthology trail arrives a new creature-filled film from the bunch at Brain Damage Films. Directed by Chase Smith, this low budget movie offers some genuine creepy segments. “Creature Feature” takes the Creepshow direction on by showing comic book panels as they segue into horror tales. Horror tales are a dime a dozen, but… when you add the right amount of eeriness combined with well done monster work, well you have something that people will remember.

Starting off this trend is a clown horror short that literally contains one of this year’s top scary clowns to emerge in horror. It’s not too big of surprise with Stephen King’s It making a comeback, however it’s a sure fire guess that folks will be getting much in the way of demented clowns this year. The tale works like a charm using classic “Tales from the Darkside” style twists offering up a very worthy introduction into this anthology. Hats off to the practical effects crew for going that extra mile on this one. 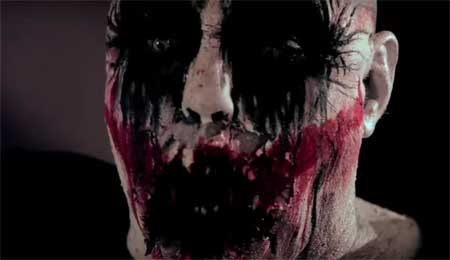 Moving on, the foundation of this anthology roots itself at a local Halloween party where a small group of thrill-seekers exchange horror stories. The stories while each being isolated tales are seamed together from one event to the other. From these events emerges Spring Hill Jack, zombies, serial killers, werewolves, and killer scarecrows. The events unfold as a sort of mass outbreak of monsters that emerge for Halloween Night

Sex? Yep plenty here, in fact every segment has some couple going at it as a complimentary underlying theme to the positioned monster spots. Those looking for horror and nudity will get their fill with “Creature Feature” as they wind their way thru the next scare. The names of the actors may elude you but the hot bodies won’t.

“Creature Feature” might not make your top 10 list but does manage to offer a firm helping of creepshow features. Violence and “murdering of the innocents” is a given, however at some point I began to wonder if maybe their was a bit “too” much emphasis on “hooking up” over thrills and chills. In this film, every one gets “some” one way or the other despite the circumstances.

As all comes full circle, at the end of the day, “Creature Feature” is film that pays homage to the golden era of monster movies with plenty of diabolical characters. The ensemble of college kids and young adults isn’t going to fill your need for great acting but they do serve as disposable bodies for the creature to gnaw into, torture, and dismember. Director Chase Smith has been keeping himself busy with plenty of horror projects, this latest one just adds to his roster of genre contributions. I’m sure we’ll be seeing even much more from Chase. 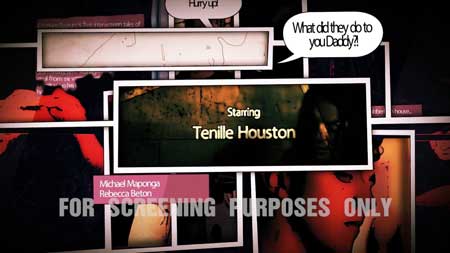 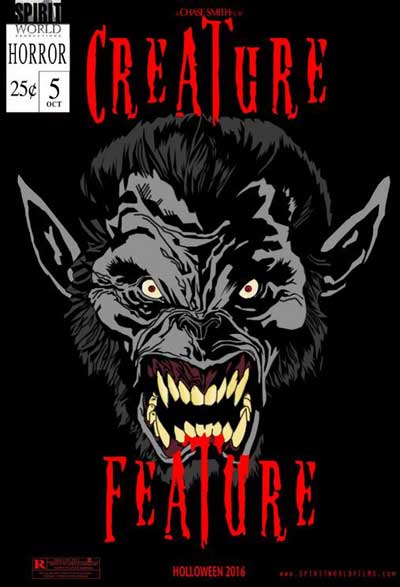 “Creature Feature” had some fun moments in its effort to bring back classic chills. The best parts arrived early on with the film feeling a bit fragmented at times in segment overlaps. I was ready to move on by the time the final act came wondering where this was all heading. For Brain Damage, this film will work for horror lovers as a decent, but not great, addition to their collection of new films this year. It surely captures the spirit of Halloween, so I would be surprised if it made its way to a few holiday themed horror lists. 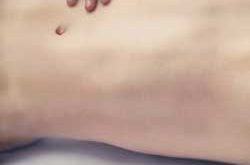