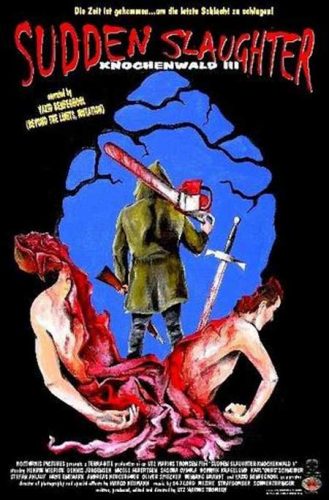 A group of occultists bring a vicious killer back from the dead. A copycat killer follows in his footsteps, so now they have two killers on the loose.

Oh Germany, you and your silly, silly horror movies.

The two previous films in the Knochenwald Trilogy were about a deranged, supernatural killer in a gas mask, who went around slaying his victims with any instrument of death that he came across. After his suicide in the second film, a group of people who are seriously into horror movies and the occult attempt to perform a ritual that will bring him back to life. Unbeknownst to them, another man has taken up the mantle and become a copycat killer, and both killers will soon converge onto a party they are throwing. 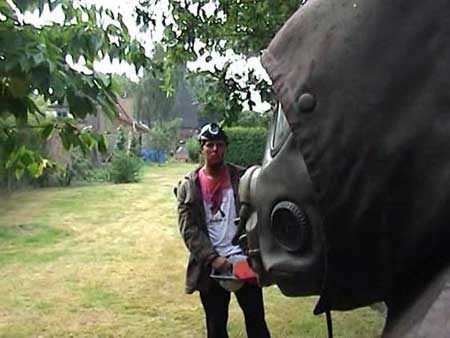 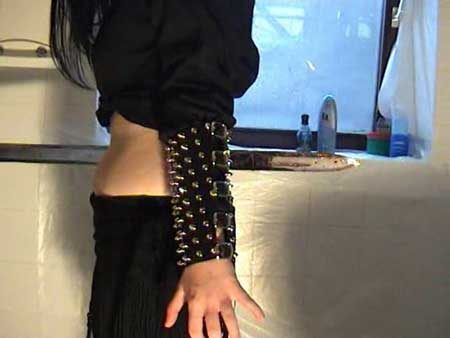 The biggest problem with Knochenwald 3 is that it never seemed to decide whether or not it wanted to take itself seriously. The beginning of the movie, which documents the killer’s resurrection from inside a morgue, shows a bunch of bodies with toe tags, reading almost as a who’s who of horror. There’s an HP Lovecraft (though the last name is slightly different),  a Lucio Fulci, and then one that is an air freshener like you’d hang from your rearview mirror.

Ok, so this is a horror comedy. Then, we see the coroner being killed with a bonesaw to the face (one of those that look like a Dremel). There’s a ton of kills that you can just tell they wanted to look so badass, punctuated by the occasional fart noise, burp, or diarrhea fit. We’re introduced to the second killer in a montage of his preparations for the day, in which he does lots of mundane tasks in the angriest possible way. We are also subjected to the angriest teeth-brushing in cinematic history. So there’s that. It’s just disjointed and ridiculous, and not at all funny, and I think that makes the film lose a lot of what little it had going for it. 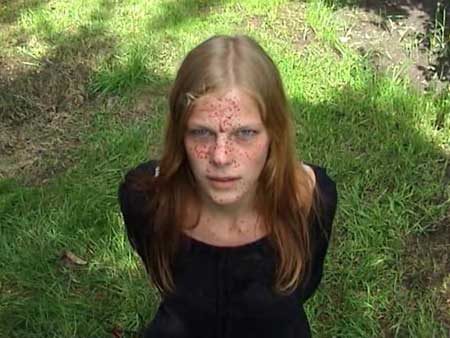 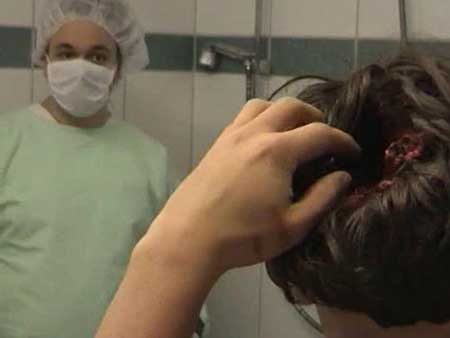 The second biggest problem with Knochenwald 3 is that it has some of the worst visual and special effects I have ever seen. Like, legitimately ever. And I’ve seen some reaaalllly bad effects. When the coroner is killed with the Dremel, his face is digitally superimposed in a very sloppy copy/paste job over the tool being punched into his skull.

Now, this effect can have some merit to it if it’s a video. It can make it look real if you blur the edges a little, maybe splash some gore around, make it look like the dude’s actually being killed. Nope. They photoshopped a picture of the guy, gave a rough, jagged border to his face where the Dremel was going, and then just left it, making it appear that the killer was cutting through a digital poster instead of a person. This, unfortunately, was just the first example in what became an entire movie’s worth of shoddy workmanship and disappointing effects.

There was a ton of violence in the film, and it definitely deserved its extreme rating in that department. Unfortunately, due to the horrible effects team, everybody that was being beheaded or gutted was clearly a mannequin. Like, clearly. You know how if you watch really closely in a Hollywood film, when something horrible is happening on-screen, sometimes you can pick out where they switch the actor with a dummy, like, a split second before the gore starts? Well, imagine if that split second became several seconds, and then they left the shot in a close up of the obviously mannequin mouth after the top of the head has been chopped off. It’s like the makers of this film are daring you to call them out for being shitty effects artists, because its so blatantly obvious what’s happening on-screen. 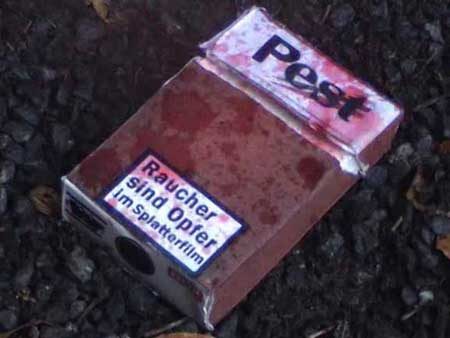 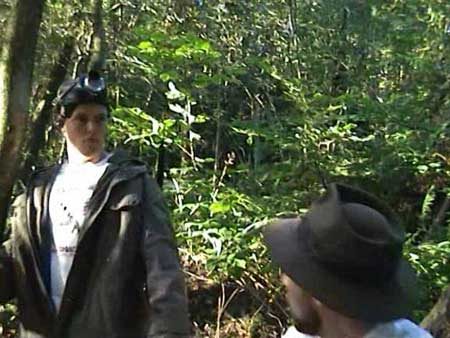 In other films, I might would question whether or not this was the intended effect, lending to the horror comedy of it all. Unfortunately, I’m left with the impression that we weren’t supposed to notice, and that this was all done in complete seriousness. I looked several different places to find reviews of this film to see if maybe I was just not in on the joke, and they all talked about how this film was a great way for the directors to show all of the neat tricks they had learned since Knochenwald 2. So… that sounds like a no. If this was all on purpose, I apologize to the cast and crew for not understanding that you meant to make a horribly shitty movie. And maybe I shouldn’t talk, having never made a movie of my own. Honestly, I would, I just think I’d have an incredibly difficult time raising the $12.50 I’d need to replicate the special effects. 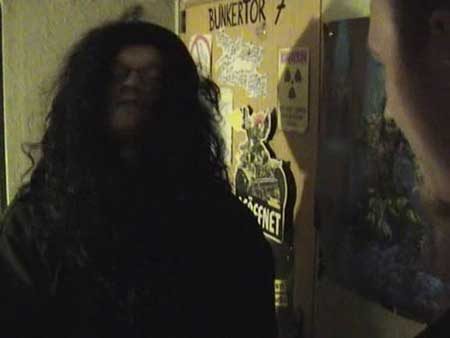 Thankfully, the acting in this film was as wooden as the mannequins that were chopped up, so at least the eye was distracted from some of the more egregious cinematic sins. It’s hard to focus on too many specific things that went wrong with this film, because there were just far too many of them. This one is definitely worth skipping, unless you want to use it as inspiration for decorating the front of your house for Halloween. I think the filmmakers used some of the same props you’ll be buying at Wal-Mart for your decorations.