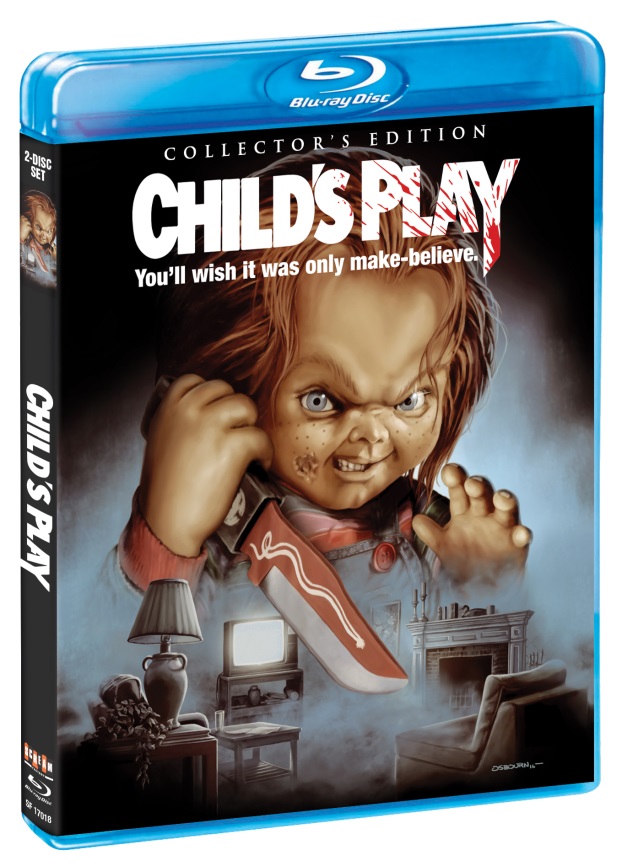 Los Angeles, CA – Chucky is back! “A jolting roller-coaster of a ride” (Los Angeles Times), Child’s Play hit theatres in 1988, and forever changed the way the world saw dolls. On October 18, 2016, the SCREAM FACTORY™ home entertainment brand celebrates the landmark film and the iconic character with a 2-disc Collector’s Edition Blu-ray release which includes a brand new 2K scan of the film and hours of bonus material.

The “chills come thick and fast” (Los Angeles Times) in this riveting, jolt-a-minute thriller about an innocent-looking doll inhabited by the soul of a serial killer who refused to die. From the director of Fright Night, Child’s Play comes complete with “excellent special effects” (Leonard Maltin) and a slew of special features that make this Blu-ray your “friend to the end!”

Since its release, the killer-doll film, alongside its synonymous character, has proven itself one of the all-time horror classics, and Child’s Play is now offered as a definitive, two-disc Collector’s Edition Blu-ray.

More exciting special features are currently in progress and will be announced soon at a later date. 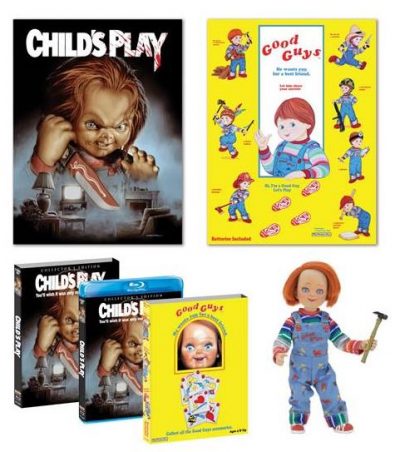 Fans of the film will want to take note of two exclusive offers on the release—which are only available at www.shoutfactory.com while supplies last.

DELUXE OFFER (Limited to 2,000 orders only – pictured below)