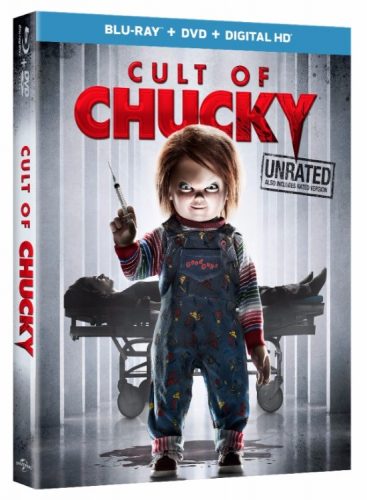 Picking up after the events of Curse of Chucky everyone’s favorite killer doll continues to terrorize Nica as she serves her time in a mental hospital after taking the fall for Chucky’s handiwork in the previous film. This time though, he has a couple of new tricks up his sleeve and isn’t exactly working alone. Thankfully though, a familiar face from the past returns to help her out. Will they be able to end Chucky’s reign of terror once and for all or are they both doomed?

Wow! I really loved Cult of Chucky and have to say that without a doubt it is the best horror film I have seen this year. I have always been a fan of the Child’s Play series and think that the latest installment was absolutely amazing in every possible way.  It was loads of fun and the entire time I was watching it I just didn’t want it to end. It does a great job of capturing all the elements that make the Child’s Play movies great and I wasn’t the least bit disappointed in any way by it. Pretty much everything about it works and to be honest I have nothing bad to say about it at all. I was blown away by it and actually plan on watching it again as soon as possible. Believe me when I say that it is that good. 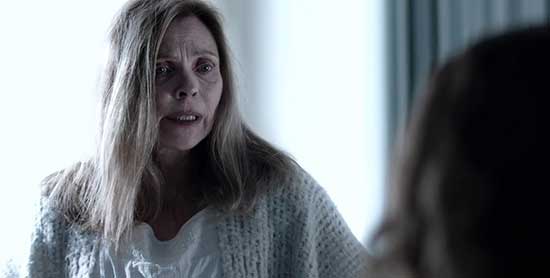 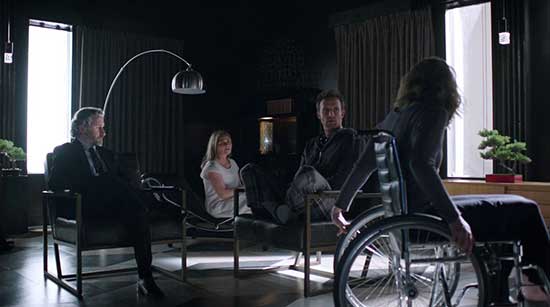 I thought that the premise was quite awesome.  It follows Nica-the main character from Curse of Chucky-as she serves out her sentence in a mental hospital after being found guilty for killing her family in the previous film. Of course she didn’t really do it and our pal Chucky is to blame for the murders but no one believes her and thinks that she’s off her rocker. Unfortunately for her though, Chucky isn’t quite done with her just yet and sets out to torment her in his own special way, killing anyone that he comes across along the way. Luckily for her though, Andy (from the first few films) believes her and does his best to come to her aid to help her. Does he succeed? You’ll have to watch the movie to find out because I’m not saying. 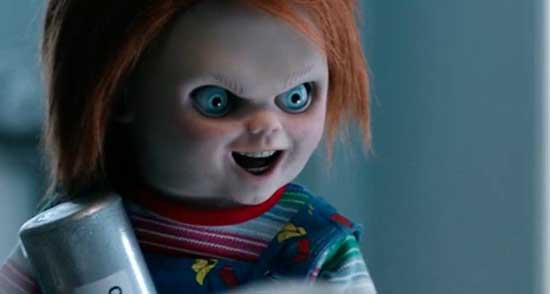 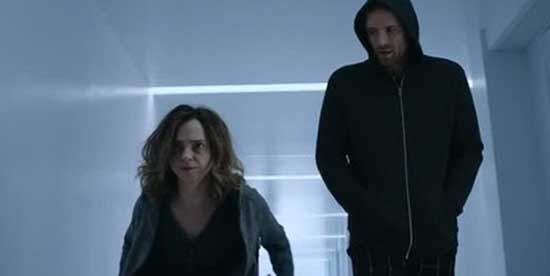 I love the fact that Chucky learns a new trick this time out. What’s worse than one Chucky, you ask? How about four or them? That’s right, even though he is being held prisoner by Andy (or at least his head is) Chucky learns how to send his soul into other Good Guy dolls and the results spell disaster for anyone on his hit list. We have three Chuckys running around killing people at one point and there is a really cool scene where they all interact that is nothing short of gold. It isn’t long before the multiple Chuckys start doing what they do best and the bodies start piling up. There’s even a point where Chucky actually enters the body of another person in one particularly cool scene that is just all sorts of awesome. I thought that him having the ability to send his soul into the bodies of other dolls and people was an excellent idea and it really works (plus it makes him even more dangerous than he already was). 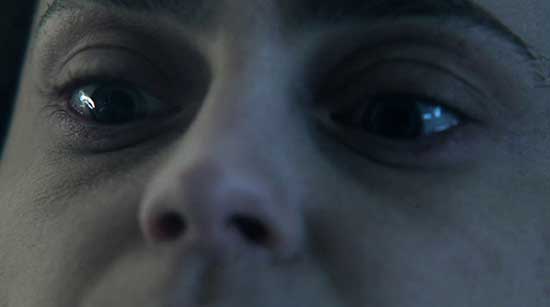 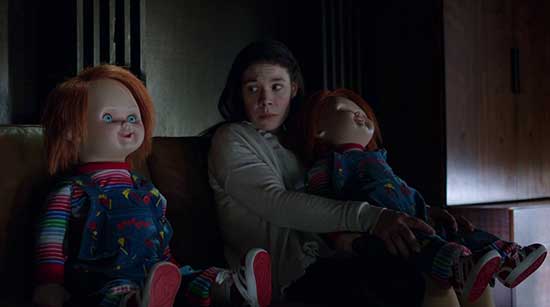 I also dug the fact that we see several faces from the past and there are some cool nods to the previous films thrown in there for good measure. Like I said before I was good seeing Nica return as I thought that she ruled in Curse of Chucky and just makes for an interesting protagonist that you care about. It was great seeing Andy again too (man it makes me feel old seeing him all grown up) and it is cool that he has a lot more screen time this time around as compared to the last film. I liked the fact that he is sort of a paranoid mess now thanks to all of his encounters with Chucky and that his life is pretty much in ruins as a result. Tiffany shows up at one point as well and is just as awesome as ever (though I wish we’d gotten to see a little more of her) and there is a surprise after the end credits from the past that I never saw coming that is just beyond awesome that literally had me clapping and cheering when it took place. I’m not going to say anything more because I don’t want to spoil it for anyone but let’s just say that it’s pretty huge and just totally and completely rules.  I also don’t want to give anything away related to the subtle nods to the other films but look closely and you will catch them. One of them-which involves a certain death scene-is pretty obvious but there are also some others thrown in there that you may miss if you aren’t paying attention. 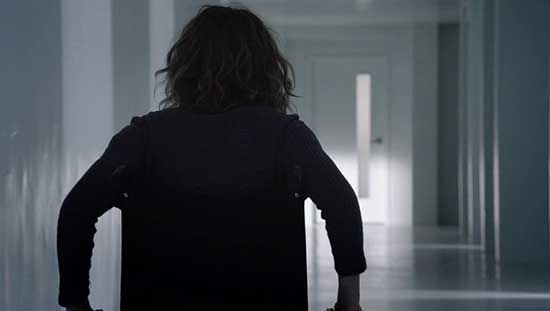 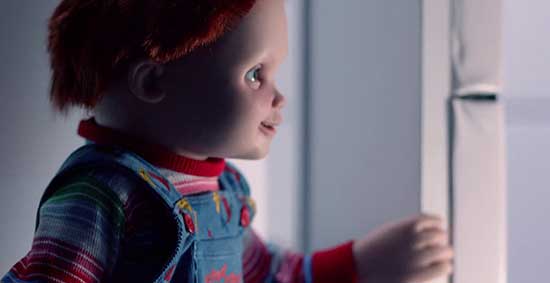 I thought that Cult of Chucky was nothing short of excellent. If you’re a fan of the previous films then you are in for a real treat as you are certain to love this movie as much as I did. I thought that it was just a fun, blood-filled ride that never lets up and I am very happy that I got the chance to check it out. Check it out as soon as you can as you will not be let down by it. Highly recommended!