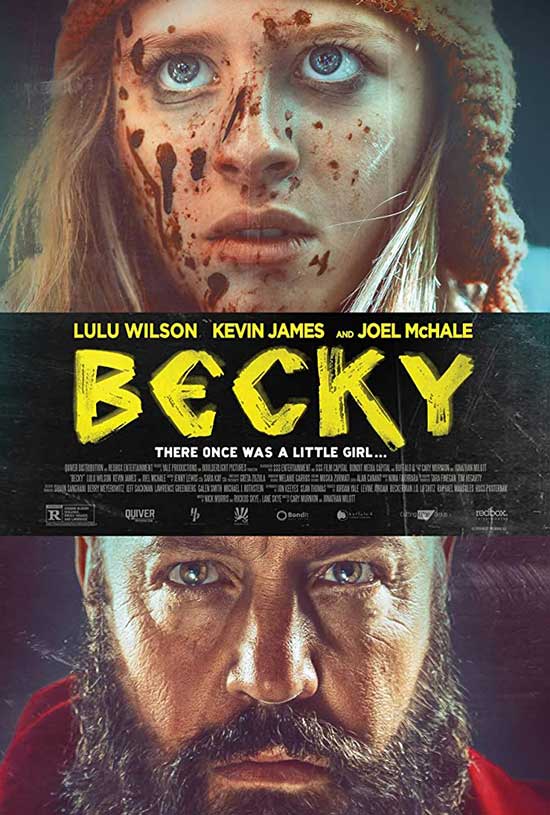 “Kevin James is known for his amazing collection of standup and comedic roles from films such as Paul Blart: Mall Cop and his TV series ‘The King of Queens,” said Quiver Co-President Berry Meyerowitz.  “In BECKY, Kevin delivers a chilling performance in his first villainous role, especially playing against rising star Lulu Wilson in an epic head-to-head battle. We are thrilled to bring BECKY to audiences so they can see Kevin in a whole new light.”

In the film, spunky and rebellious Becky (Wilson) is brought to a weekend getaway at a lake house by her father Jeff (McHale) in an effort to try to reconnect. The trip immediately takes a turn for the worse when a group of convicts on the run, led by the merciless Dominick (James), suddenly invade the lake house.”

Becky is written by Nick Morris, Ruckus Skye and Lane Skye. Becky is directed by, Jonathan Milott and Cary Murnion. It starts off with Becky played by Lulu Wilson. Becky is recalling a traumatic event. Now, we see Dominic played viciously by Kevin James, happy-go-lucky, fun loving FAMILY MAN, KEVIN JAMES! Becky is an equal bad ass. An angsty teen who isn’t taking anybody’s sh*t. It starts off pretty intense. They are transferring prisoners, Dominic being one of them. What could go wrong? 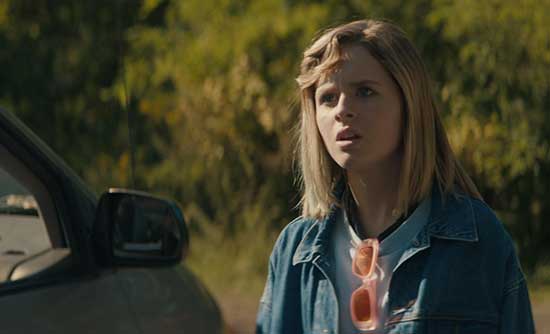 A WHOLE LOT! Joel McHale plays Becky’s dad, Jeff. Joel McHale is great in this role. He is usually known to be the funny guy with all the answers, the sarcasm is still there. Well, the prisoners are causing chaos in the prisoner transport vehicle. Becky and her dad stop at a store and she is looking around with anxiety and acute awareness. (The way I examine places and look for escape routes in places.) (Also, the artwork in the movie was done by Lulu Wilson.) Becky apparently lost her mom.

Jeff tells her she “can’t stay angry forever.” Becky thinks they are selling the house her mom loved. She is still mad and then finds out he isn’t selling the house but, there is a catch. Jeff invited Kayla (Amanda Brugel) and her son Ty (Isaiah Rockcliffe). Of course, the house is in the middle of nowhere. Dominick meanwhile….. He traded his prison ensemble for a prison guard/cop ensemble and he is stopping innocent people to steal a car. 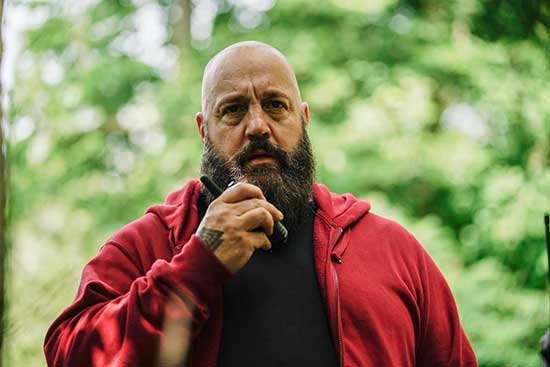 Becky wandered down to the lake and now they are all having dinner and Jeff wants to tell her something. It’s news! Becky isn’t happy. This movie is a psychological movie and it does show some of what happens in people’s lives. The anger kids feel and things that happen. Becky retreats to a tree house and unleashes wrath and the doorbell rings… (Do we get the sword now?) The flashback to Becky singing to her mom is heartbreaking. People think kids don’t know or understand but they more than people think. They can be strong and resilient.

Kayla answers the door to DOMINIC! He’s now dressed in regular clothes and looking for his dog. This is fast-paced and reminds you of Goonies meets The Last House on the Left, I mean that in the best way. Kevin James in unbelievable. I think some actors get cast to play certain parts and that is sad. Kayla is hospitable and kind. He gets a little weird and his fellow prisoners show up. There’s a big dude. There always is. (Robert Maillet) is Apex, the big dude. 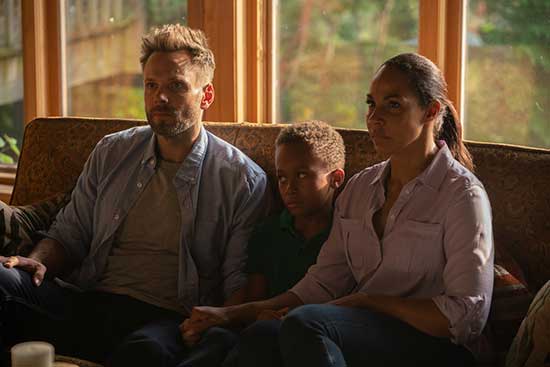 Becky hears the commotion from her tree house. Kayla is trying to get Becky and two more guys meet her in the woods. These guys make it really easy to not like them. These guys are looking for something but Becky lost her mom, is mad at the world and devising a plan. The action, the plot, the skills, this movie is good. Oh SNAP! Dominic found out Becky isn’t a dog but a kid. Kayla tried to protect her. 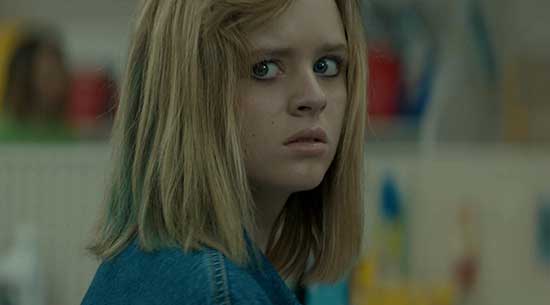 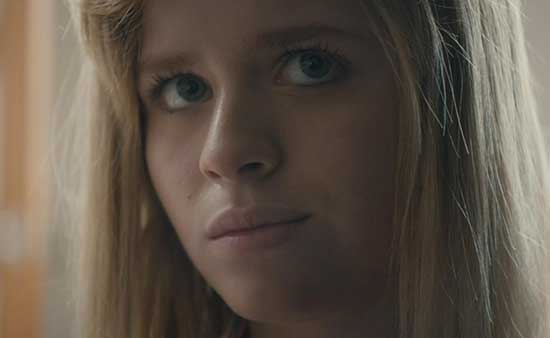 Dominic is ruthless, he isn’t counting, he isn’t giving anyone any leeway. Jeff is fighting as Becky brings Dominick what he was looking for in the house. Dominick got what was he LOOKING for. Becky handled that! She’s lost a lot. The special effects team is INCREDIBLE! A person with nothing to lose or gain is often more dangerous than a mastermind criminal. Becky is taking action. 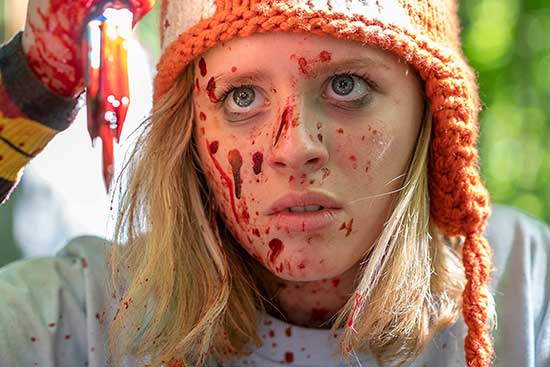 Becky is reading Henry Wadsworth Longfellow and it just got REAL BAD! Now she is hunting these men. She created traps and makes use of her surroundings. Apex is sick of it all. Becky made a fire and Dominick is trying to mess with her head. A fire, a bad ass angry teen, a faithful dog and a super soaker. YOU NEED to watch Becky.