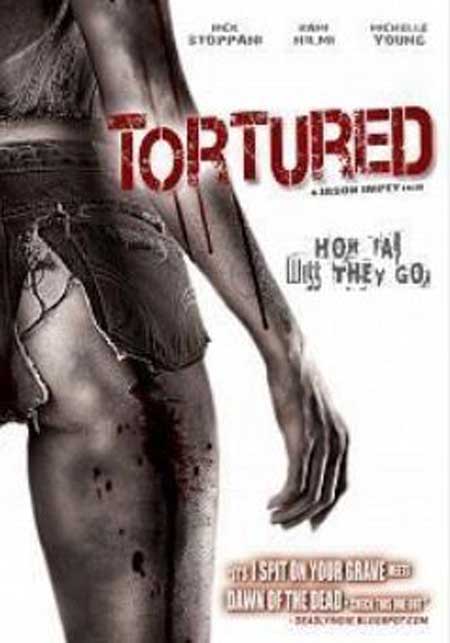 Two escaped convicts are on the run, looking to take a hostage to help them escape the country. They stalk a girl that looks like a prime candidate, but one of them has ulterior motives.

You generally know what you’re getting into when you sign on to watch a film by a company called Exploitation Pictures. Tortured (subtitled Sex Slave) is about two escaped murderers (Quaid and Kurk) who are on the run. They look to take a hostage that can help them escape from the police, and they find one that they see walking on the street while driving. They spend most of the movie trying to find a way to get her, or, frankly, any other woman as their hostage. The movie opens with the two criminals sitting and talking about how the overcast day reminds one of them of his parents. 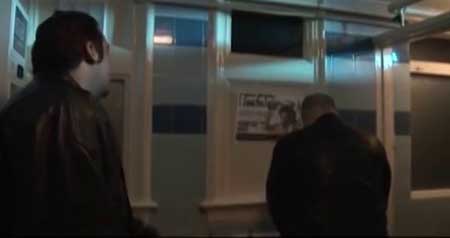 His father was a total asshole and his mom was, quite literally, a whore. They see a man who is close enough to discover “the dead body”, and Kurk goes to take care of him. All of a sudden, he realizes the man they saw was a zombie. That’s when the “body” who was in a garbage bag (which was actually right next to the criminals, making one wonder how the guy across the way would’ve possibly discovered it) comes to life as well and murders Quaid, who had stayed behind. The film rewinds a day, and we get to see what led to these series of events (or do we?!). 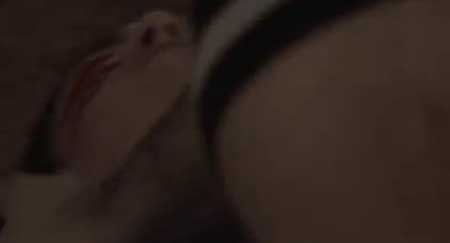 I’m struck immediately by how British the whole thing is, which is actually a nice change from all of the foreign language films I’ve been watching as of late. That being said, the accents… some of them seemed fake. I’m sure they weren’t, because it was actually filmed in England, but one of the actors sounded almost Russian or something. His accent sounded like my terrible fake British accent, which means either he was faking, or I actually have an awesome British accent, which is quickly going on my resume. But I digress… 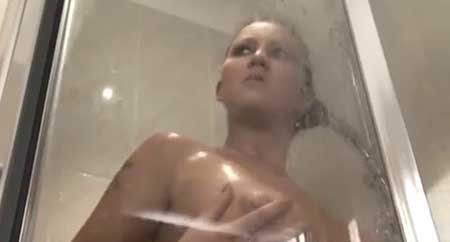 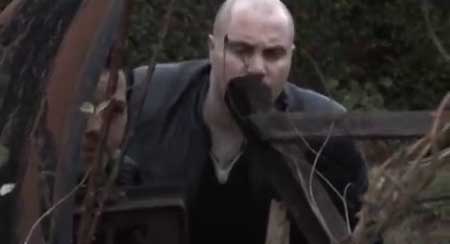 The two main characters apparently feel like the best way to escape the country is to commit more crimes while the police are after them, which is something echoed by the police when they find the aforementioned beggar’s body. One of them remarks that they’ll definitely be looking for a hostage now. Why? Well, we don’t rightly know, because they’re in a car and driving away from the only two people who seem to be looking for them, who also never appear again and must not’ve been looking for them very hard. Quaid and Kurk murder three people in a crowded bar. I know that when I’m trying to escape the popos, I try to make myself as noticeable as possible and leave a wake of destruction along the way.

There was a lot wrong with this film, the biggest of which was that it was incredibly damn boring for what it was. The plot felt forced, from the hastily thrown together zombie subplot to having a random lesbian makeout session in a grimy bathroom of a bar for no other reason than to include another softcore scene into what was, at times, a relatively hardcore movie. We have a short female masturbation scene, as well as a scene where our victim is raped with a gun (showed in graphic detail, of course) that are quite graphic. Our victim also seems to believe that the best way to take a shower is to constantly rub her breasts and her nether regions suggestively. 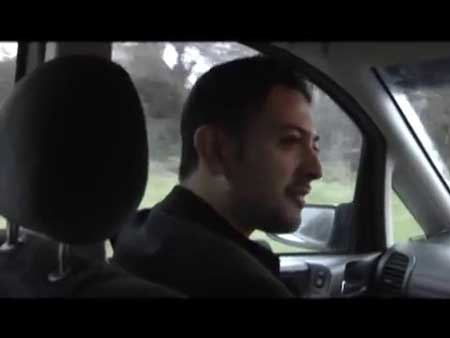 The film culminates with the abduction and rape of the victim, who escapes for a time before being shotgunned while running through a field. Shortly before this, we see an ominous shot of a barrel of toxic waste laying by the side of the road. And then… the film ends. There’s no reference at all to the zombie subplot other than the random shot of the barrel and a scene where a guy in a hazmat suit is loading some into his truck and says he needs to get more barrels, and nothing at all is explained. It’s like they filmed the first scene first and then forgot about it, and were like “Oh shit, we need to explain it… here, put this barrel in one of the shots!” and called it a day.

Incredibly disappointing, because while zombies really didn’t make any sense at all in this film, if you’re going to put them in there, you at least need to do something with them. I wouldn’t even consider this a zombie movie in the slightest. I mean, yeah, there were zombies, but if you were watching the Godfather, and the guy who kills Luca Brasi was randomly a vampire and vampirism wasn’t mentioned even once throughout the rest of the movie besides seeing a cross in the wall of Vito’s complex, you wouldn’t call The Godfather a vampire movie.

This was seemingly the best way the filmmakers could think of to show as much nudity, graphic sex talk, and profanity as possible in (thankfully) less than an hour of run-time. The production value was poor, the gore was really only shown in one scene (that first one), and whoever contrived the poor excuse for a plot clearly has an issue with finishing what they start. But, for as many negatives as the film absolutely has, the acting really wasn’t one of them. The actors were decent, surprisingly, and I’m still not sure exactly how. They, by all rights, shouldn’t have been good at all with everything else in the film falling apart, but they were, or at least not as bad as the rest of the film.

Most of these types of movies have at least one major part missing to make it a bad movie, and the biggest issue in Tortured was clearly the writing/script. And it’s a shame, because the actors deserved so much better than what they got from the production side of things. I’m curious to see whether or not they could’ve delivered in a well-produced movie. Unfortunately, we’ll never know, because Tortured was definitely not a well-produced movie.

This one is definitely not worth a watch. Save your time. You want a decently good movie with graphic sex and violence, watch Baise Moi. At least there are no half-assed zombies in that one.