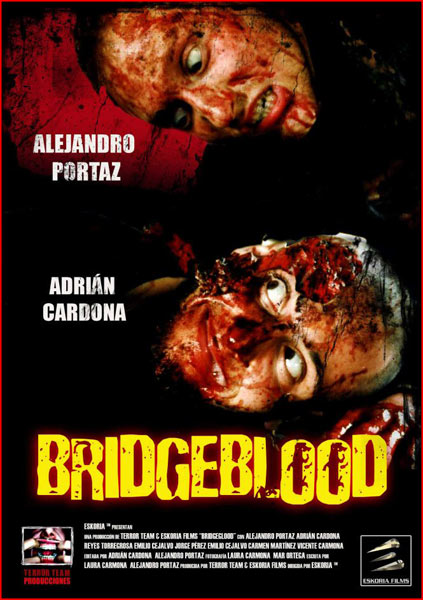 Five friends gather as every evening under a bridge. One day they are deciding how to hang out and inadvertently find themselves in a slaughter that has them protagonists.

I know, right? I’ve gotten a lot from this group lately. But to be honest, it’s some really wacked-out stuff that I totally dig. Our pal, Adrian Cardona, is once again involved.  Along with Alejandro Portaz, Mr. Cardona is an actor, writer, director, and special effects artist on this film.

This is another one in Spanish with no subtitles, and I once again am lamented that I didn’t pay attention in Spanish class. However, I was able to find a few English language resources regarding this film. SO here’s what I got – 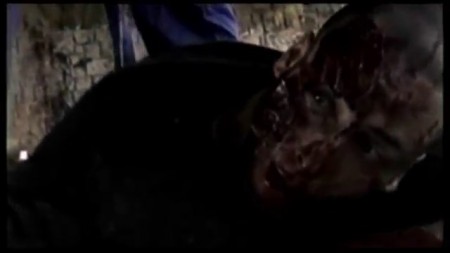 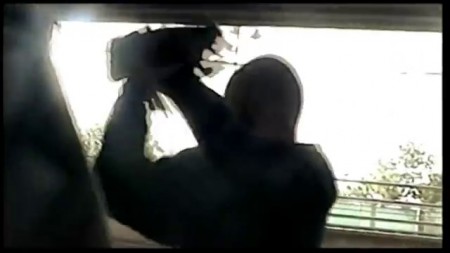 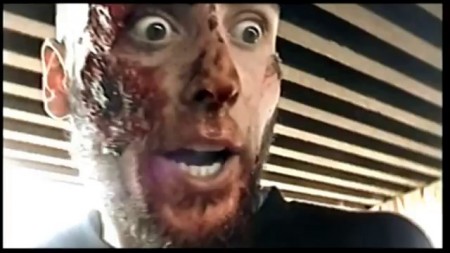 A group of friends apparently meets every day under a road bridge. This particular evening, they have no idea what to do and the conversation on how to pass the time somehow turns into a blood-soaked extravanganza as two of the friends start literally ripping each other to pieces while the others cheer them on.

Even if I could understand what they were saying, I still don’t think I would understand what the hell is going on here. But it’s gruesome, with lots of blood and copious amounts of vomit. The effects aren’t really next level stuff or anything. It was really gross but kind of cartoony. I had thoughts of classic Troma films like THE TOXIC AVENGER. That sort of style, anyway.

The music in the film is from a band called Codename, formed in 2000 in Spain. Their musical style has a peculiar focus on horror films, gore, and subculture art. They have provided music for other Eskoria Films projects, including KOMBATE BRUTAL and IMPACTO NUPCIAL.

I couldn’t find any information on Terror Team Productions, and the website listed in the credits of the film apparently doesn’t exist anymore. Also, no IMDB listing for this particular film. So unfortunately I don’t have much more to give you about this film other than… watch it. Why not? It’s short, it’s icky, and it’s pretty damn funny.

So using my special short scale of one to five, five being awesome, I’m giving this film 3 bum fights.