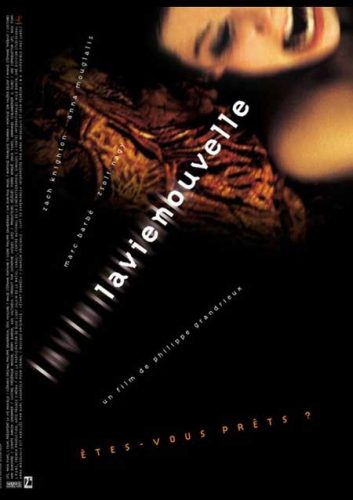 A prostitute is bought and sold. What? That’s it, go read the review!

Arthouse movies vary wildly, from interesting to mundane, from boring to thrilling, from meaningful to asinine. You never completely know whether you’re getting Picasso or that kid who was on the talk show circuit and could paint like the modern art folks. Anytime you sit down to watch a movie like this, you kinda have to prepare yourself for what’s coming, as if it could be the most beautiful, glorious day of sunshine or a shitstorm the likes of which the world has never seen. And, as with pretty much any other film in this bizarre little subgenre, the reviews for La Vie Nouvelle vary from “work of art, you wouldn’t understand it” crowd to “pretentious drivel, you just think you understand it, you really don’t” crowd. However, there’s no need to get haughty! This is a legitimately excellent movie, you just have to view it from perhaps a different lens than you’d view most movies through. 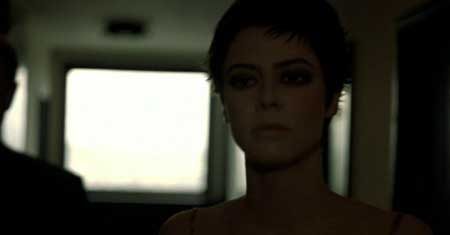 Director Philippe Grandrieux uses contrast and metaphor to show us the insides of a human trafficking ring, focusing his nihilistic story on one particular prostitute. The film itself is beautiful, for the most part, delving into the dark and horrible world in which our subjects live.

The opening scene shows us a pig being brought to the slaughter (or perhaps a market, that part isn’t made entirely clear, though the pig certainly isn’t having any of it), which leads us directly to a market for sex slaves, who stand nude to be picked through like cattle. One woman is picked out, and after being taken away and stripped again by her new owner, he cuts her hair with a large hunting knife, forcefully grabbing and yanking until pieces rip free from her scalp. She is put to work, as a stripper who offers other services as well, and she is eventually taken to bed by a client who is infatuated with her, and another who beats her while singing to himself. This, intercut with scenes of a group of dogs in a breeding pen, is brilliantly done, and handled with the utmost creepiness. The nature of her “profession” and the people she is forced to deal with is brutal and all too real. 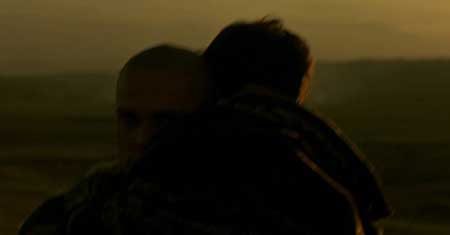 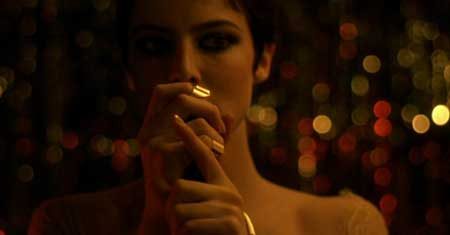 Her first client, the man who is clearly in love with her, seeks her out, spending more and more money to have time with her. At one point, he even asks to purchase her outright, so that she can be his and he can “rescue” her from all of the people looking to buy and sell her on a regular basis. While there is certainly a perverse sort of logic to this, we are forced to question whether he is the same as all of the other people around her, and whether purchasing her to give her a better life is any better than purchasing her and subjecting her to this one.

There’s a lot of raw emotion contained in this film, and very seldom does a disturbing film disturb with such intensity. The actors all do a wonderful job of conveying their feelings to the audience, and it is at once horrifying and beautiful. The entire film has the feel of the rape scene from Irreversible, in that it’s clearly artistic, while also being an incredibly difficult watch. And it certainly isn’t an easy watch, but I highly recommend that you do so. It’s haunting and disturbing, and is unfortunately the real life that many people on our planet have to live. 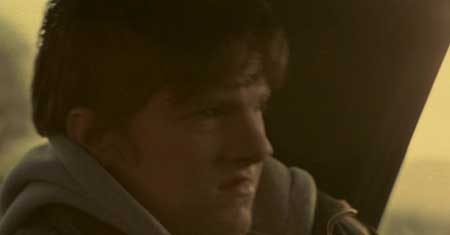 About 3/4 of the way through, the film takes on a more artistic flair, leaving the grungy and dark scenes to become more of an arthouse movie. A lot of it takes place in black and white, there’s weird musical affectations, and, much like the rest of the film, very little dialogue. In fact, if you had removed this section, which in my opinion really did nothing to add to the film, and cut its runtime from an hour and 40 minutes to something closer to an hour 20, it would’ve been magnificent, and no less a masterpiece, right up there with disturbing cinema classics like Dogtooth and Irreversible. Fortunately, he brings it back at the end, where in the final scene we see that the man who was in love with the prostitute is trying to find her, telling the pimp that he’s looking for a certain woman in particular. 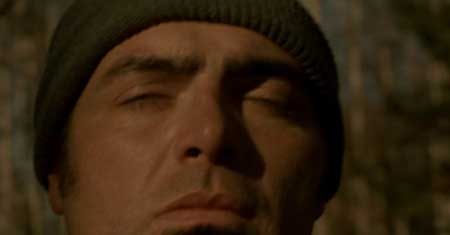 He says that she’s a special woman, and the pimp tells him that “all women are special.” After eventually being given a night with a different woman, he starts to hit her in his anger, frustration, and loss, becoming the sort of monster that he seeks to rescue his love from.

It truly is a brilliant film, one that almost attains perfection, save for a short detour into meaninglessness. While falling short of becoming a masterpiece, Grandrieux makes a worthwhile dissertation of the evils of human trafficking and the monstrosity of men. Worth a watch for sure, I highly recommend this on any playlist of disturbing depravity.