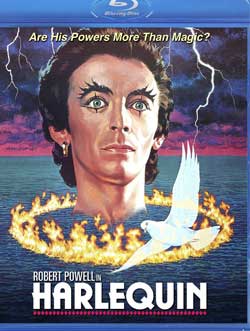 A modern-day politician is faced with an incomprehensible in this mystical-fantasy. Senator Rast is a very powerful man. But his is nothing compared to the extraordinary power of the enigmatic stranger who mysteriously comes to “visit” him. Possessing uncanny magical prowess and miraculous psychic abilities, the peculiar, but seemingly benevolent, visitor quickly gains a spell-binding hold over the senator and his family. But a power-lusting political backer is also vying for control over the up-and-coming senator. And he would kill the influential stranger, without question, for that power. But he and the senator are about to be enlightened.

“Harlequin” otherwise known as “Dark Forces” (otherwise known as “Harlequin”) has long been a personal favorite. This 1980 Australian thriller film is hard to categorize as any “one” particular genre, however it is a guilty pleasure worth the viewing, if not repeat viewings.

The film has changed names over the course of decades (a few times) in release form which I tend to believe has led to some confusion to its identity. Prior, I would refer to it as “that 80’s movie with that Jesus actor playing a magician“.

The film was one of the great titles of its time that got largely ignored when movies were being transferred from VHS to digital. At current it enjoys a full bluray release under Scorpion Releasing, which prior (2004) saw a wide screen release under Image Entertainment. The bluray release of Harlequin was nice to see in bluray form, however is disappointing in the sense that Scorpion Releasing did very little to improve upon its digitization. Even though I did purchase this title directly, I would hope that it is re-acquired, re-packaged (maybe this time with subtitles) and given a proper upgrade. (Note to future distributors: it would be great to get a Robert Powell interview added!)

While the film’s original name of “Harlequin” was sufficient, I tend to believe its name was changed to “Dark Forces” to better market the product to horror audiences. In either case the film doesn’t contain enough “horror” to really call it a horror film while still holding elements that place it in the category of strange, dramatic, and surreal. I also tend to believe that the film’s Australian roots give it enough non-traditional qualities to place it appropriately into the cult films category.

The main character Gregory Wolfe is played by actor Robert Powell who many from that era will most remember in his powerful performance of Jesus Christ from the TV mini series “Jesus of Nazareth”. Powell like a few other noted actors of his time (aka Meg Foster) was often recognized in roles by his stark blue eyes (thus becoming one of the more noted Jesus Christ actors in film to date).

Powell embraced this role perfectly and brought a cold strange quality to the character that will be forever remembered and connected to this particular production.  A healer, a magician, a stranger who appears to a troubled Senator with his psychic abilities and feats of magic, Wolfe is a character unto himself. While his performance is a pertinent high point to this film, it is the appearance of Wolfe as a Harlequin in the final act that really sets this movie apart from others. As I’ve made efforts to watch and rewatch this film thru the years it was upon this review that I began to really analyze some of the key points as to “what” this film implies and alludes to. 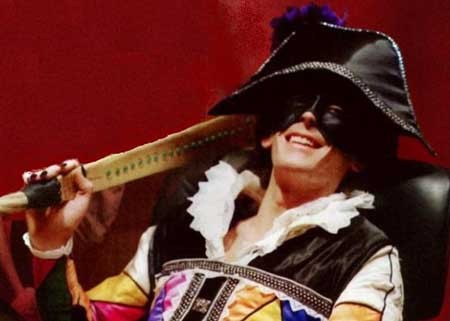 To begin, it is worth saying that while entertaining, the film “Harlequin” may at times feel disjointed (or at least evasive) in really answering questions as they are presented to the viewers. For starters, let’s mention a few of those such as: What is with all the outfits?, What or who is Wolfe really?, Why did he suddenly appear to the Senator and his son? Wwhat does some of the mythical elements of the film imply and What kind of film is this really? Surely you’ve scratched you head over some of these plot line elements in viewing.

Harlequin is by no means a horror film, though at one point it “appears” that it was being marketed to the horror genre under the title of “Dark Forces”. Even “Dark Forces”, as a title, implies something different than what the plot points present. “Harlequin” is undoubtedly based on another tale. One that may answer some of those questions out of research. That tale is of “Rasputin the Monk” (Grigori Rasputin) which in similar fashion is a story of how a mystic entered into the lives of the Tsar of Russia and his family claiming to heal and provide guidance posing as a friend of the family. Rasputin’s tale can be further examined here for similarities. 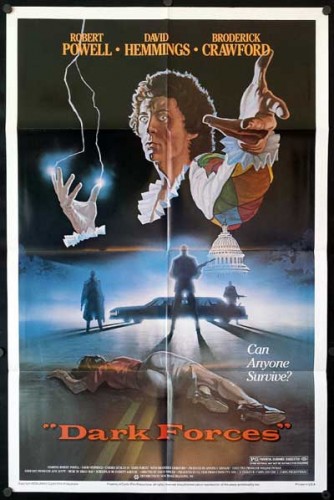 The film itself pays tribute to that tale by utilizing character names that are directly derived from the story of Rasputin the Monk such as The senator’s last name “Rast” (which is Tsar spelled backwards) and of course the main character Gregory (aka Grigori Rasputin). While these elements are obvious, they may not jump out to newcomer viewers.

The other element here is that the film is designed to fit a few agendas which perhaps arrived out of a production that was trying to figure itself out. In short, “Harlequin” is a thriller drama with some fantastical elements thrown in. Effects and character mood changes aside, the mystery still lies in figuring out who was Wolfe really or what was implied?

Explanation of the enigmatic character Gregory Wolfe?
(spoilers ahead)

We know from the film that Wolfe often appears and disappears much like a professional magician (which might actually be his intended element of misdirection). Wolfe’s abilities tend to transition and evolve from that of simple parlor tricks to more unexplainable acts that present him at times as a healer, a prophet, a mystique and then even “otherworldly”. However as much as he is presented as being human, it is more likely to associate him with some form or entity, Angel or being. We find out later that his “con-man” indications tend to be prefabricated by the Senator’s security team, which both introduces and then removes that notion (returning us to the questions at hand). He is later assassinated (twice) only to be dumped into the nearby lake. So by the end of the film, we really are left scratching our heads as to who Wolfe really was?

I tend to believe that the intention was to associate Wolfe as a powerful being much in the same way we might think of Jesus Christ (though that is only a subtle indication and not meant to be 100% literal). We know Wolfe arrives right on the cusp of the Senator’s rise to power and his son’s fatal diagnosis (right before his disguised appearance as a party clown). Though our first indication is the appearing dove (magpie?) which transforms into Wolfe the healer. At some point basing this film on “Rasputin the Monk”, it may have been interjected that he should also borrow some similarities to Jesus Christ or at least some insinuations. 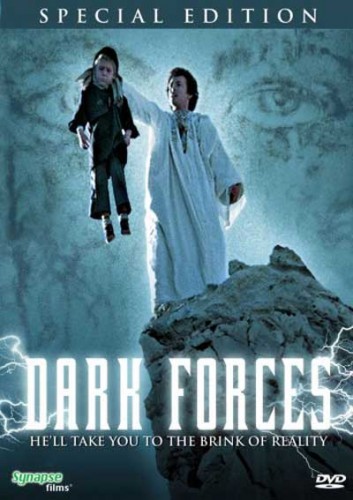 Wolfe holds Alex over the edge of a cliff in a “John-the-baptist fashion”, and then later is seen passing thru security and jail cells without explanation. We even get a “shroud of Turin”  suggestion that appears as a stain on the floor in Wolfe’s image. The final appearance of Wolfe is seen as an outstretched body floating to the surface suggesting “ascension”. This may have all been subtle, however it was still presented as clues into what the director was trying to say.

The change of attitude from helpful, pleasant, and angelic to almost wrathful in the final act was not to simply imply that Wolfe was a demon, but rather than of what we know of angels which are prone to darker tones at times. Perhaps it was intended as a reckoning that was due to those who were revealed for their wrongdoings? A man was assassinated, a boy was healed, but still the guilty must be called out for what they have done. All this suggests that perhaps multiple directions were injected over the course of the film leaving it all on a rather confused note that doesn’t really connect all the dots in its resolve. This explanation seems to be the only explanation that makes sense. That is… of a powerful entity disguised as a magician who works in the same fashion as an angel might (who is by default influenced by Jesus Christ). Then top that off with the Rasputin base to complete the vision (yes I know….exhausting…)

While I realize that I’m biased to this film as a personal favorite, I do urge others to give it whirl when seeking something dramatically different and strangely fresh over the masses of releases. At current the film is still available under bluray form, which is the best presentation of it to date.