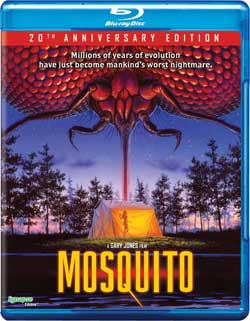 Science-fiction becomes horrifyingly real for a park full of innocent campers, as a hideous horde of mutated mosquitos viciously attack without warning! A band of survivors flees the bloodthirsty swarm in a death-defying attempt to warn the world of the mosquito menace. Led by a brave young couple and a resourceful government agent, the group realizes their only hope is to take on the bloodthirsty bugs in an explosive final showdown! A chilling blend of sci-fi, humor and old-school horror, MOSQUITO is a tour de force of terror.

We’ve all read about the Zika virus in the headlines lately. The mosquito borne disease, while rarely fatal, is suspected of causing microcephaly in the infants of the pregnant women bitten by them. The insects are also known to transmit yellow fever and dengue fever. Their risk of fatality is also low, but if you catch them they’re guaranteed to spoil your day. Any of the above is scarier than anything on display in this crummy little creature-feature about giant, killer mosquitoes. 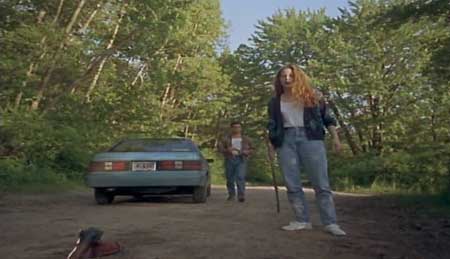 This is just as well because it isn’t really aiming for scares. It isn’t really aiming for anything at all, really, and fails to even reach that low bar. Buzzing around in horror-comedy terrain, Mosquitoes is content to wallow in long talkative stretches of dialogue spoken by idiots and occasionally having it’s off-screen crew members attempt to inject life into terrible insect puppets by waggling them furiously at their dead-eyed cast. 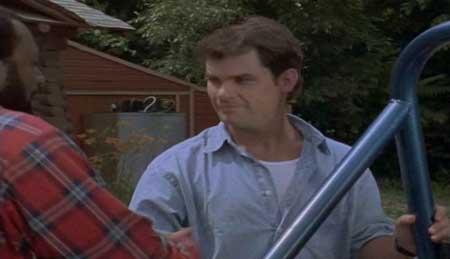 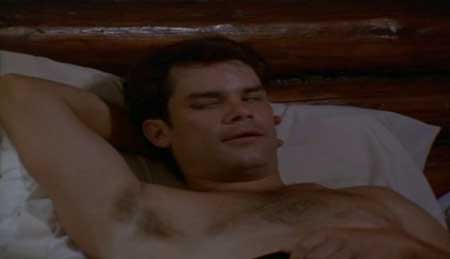 The plot kicks off when a spaceship crash-lands into Earth and mosquitoes congregate to feast on an alien corpse before flying off. We head in the wrong direction and follow the mosquito story. I wanted to stay with the alien. At the end of the film that alien corpse would still be there. Someone is going to find it eventually. I’d have rather watched that film.

The next mosquito we see is as big as a large dog and going splat against a windscreen and, wouldn’t you know it, inside the vehicle is an etymologist-turned-park-ranger and her boyfriend, whose names I don’t remember and don’t particularly care to. Apparently she flunked college or perhaps didn’t finish at all as she is able to identify the giant proboscis that has skewered the radiator but unable to do so to the giant insect lying on the ground that is obviously a giant mosquito. Any child on this good earth old enough to say the word mosquito would have been able to tell you that. 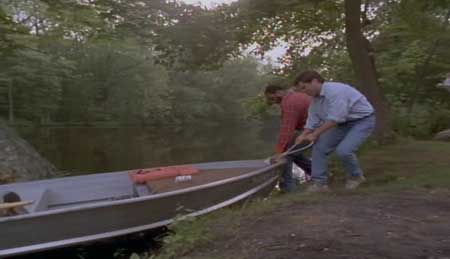 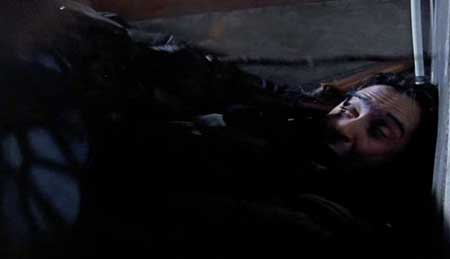 From there we are introduced to some further idiots: a trio of survivalists, lead by Gunnar Hansen (old Leatherface himself, like you didn’t know that), some fisherman, a park ranger and a couple camping in the woods. Most of them are just redshirts; pure mosquito bait. Some of the prosthetic effects in the death scenes are impressive enough and most likely where the film threw most of its budget. It’s a pity the majority of the rest probably went to securing Hansen himself, as these effects are the best things about the movie. The original effects artist on the film pulled a deadbeat dad and disappeared after going out for cigarettes. This is that sort of movie. 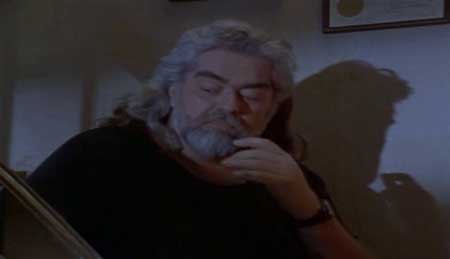 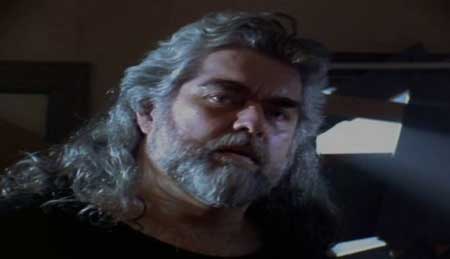 Speaking of Hansen his presence has the whiff of bankability; he is probably only on-board so the producers could boast a connection to ‘The Texas Chainsaw Massacre’ and plaster it over the poster. His appeal is sorely over-estimated. He relishes the chance to play a hardened tough guy role but fails to muster any conviction and speaks his lines in dreary monotone while staring emotionlessly through a deer-in-headlights glaze. He also gets a moment and a line that made me groan. If you guessed they involve a chainsaw then you get no cigar because it’s so obvious it’s basically a given.

Eventually the surviving survivalists cross paths with the idiot etymologist and her idiot boyfriend who now have in tow an idiot meteorologist (a “real” meteorologist, the kind that studies meteors!). They fight amongst themselves for a time before their numbers are culled down and they find themselves trapped in a house and under siege with a litany of larvae in the basement, ready to hatch. There’s more waggling then a daft, un-thought out plan, the rest of the budget is blown on an underwhelming explosions and it’s roll credits. Did no one think of bug spray? 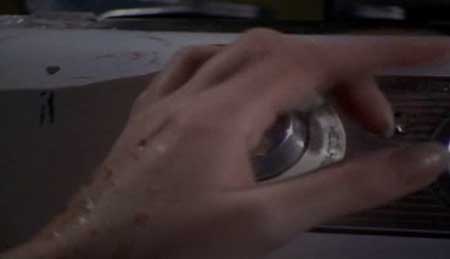 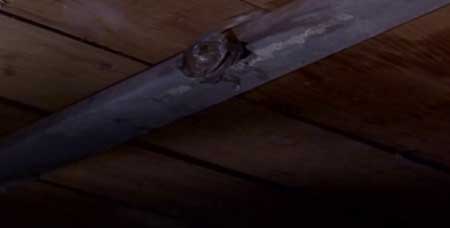 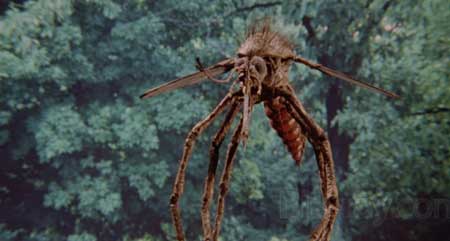 I would have loved to have been a fly on a wall when this was pitched. That one person ever thought that this was a good idea, that this script was even remotely funny, is an exercise in unbridled optimism. That a whole bunch of people agreed is a triumph of the human spirit. “And here’s the best part,” I imagine someone saying. “We have Gunnar Hansen, star of THE TEXAS CHAINSAW MASSACRE!”