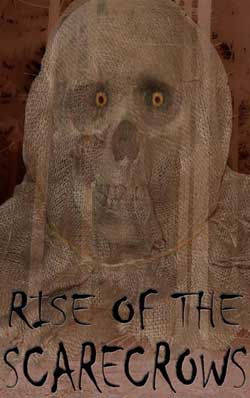 When Officer Brown relocates from the hustle and bustle of big city living to the sleepy hollow of Adams, Mass. He soon learns there is far more than what meets the eye in this bizarre community. Uncovering a deep dark secret may very well be the last thing Brown may ever do.

“Every town has its crazies Brown.”

Rise of the Scarecrows is no question a head scratcher and prompts the viewing audience to digest what they had just experienced long after the final credits. It takes not a film aficionado to realize the overall presentation is one cut of a rustic independent production. There is certainly nothing wrong with a little bit of Indy action and quite often in contemporary cinema some of the best our genre has to offer comes directly from a shoe string budget, a little imagination and raw determination. More often than not audiences will be pondering what was the angle or mandate the producers and directors had in mind while shooting this B rated extravaganza. There is no shortage of entertainment value in this co-directed soiree yet one has to wonder if the main elements of intrigue come from the folly or was the folly the intention all along? 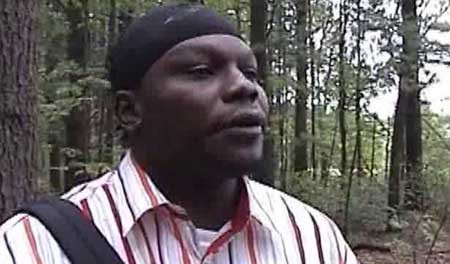 It was with great anticipation when reading the brief synopsis of this title that I’d delved on in. The premise of a road trip with three male friends in effort to bond and forget their lack of lady luck seemed promising albeit repetitive by some standards. Sure a premise such as this may be a little predictable, a certifiable sleeper in slasher-lore but those are often the most memorable as the believability factors are heightened to extraordinary lengths. The dialogue, however seemed natural, believable and true to our times. Those with sensitive ears may wish to take caution with the extreme vulgarity in cursing but it seemed only to add authenticity to the times of the production. The characters were captured well. From the heart broken, forlorn male lead to his juvenile counterpart, the inbred and cognitively challenged residents of Adams including Dicky the town mechanic. The sheriff is perhaps the hidden gem in the fray as his cool, laid back demeanor is reminiscent of something we’d see in a blackploitation flick of the seventies. 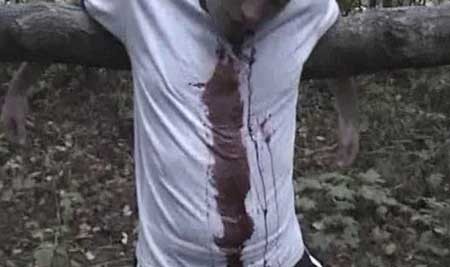 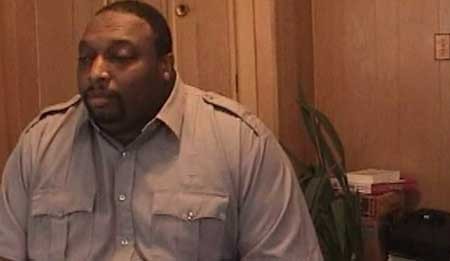 Around the thirty minute mark viewers are invited into a kaleidoscope of havoc and mayhem. Around the twenty four minute mark (and I realize it may have been limited strictly to my copy) the picture froze for two minutes while the dialogue continued, the skipped back into place, perhaps omitting a crucial scene to the movement of the story. The soundtrack seems dreadfully off and it’s difficult to ignore the back ground noise captured and interference. Feedback often eclipses the dialogue exchanged and crucial plot points. The scare scenes have all of the components in place to create a most eerie, creepy sensation, but sadly falls a little short of its mark due to the absurd choreography. It’s blatantly evident the killer has no contact with the victims during the slayings. It conveys an overall impression of sophomoric convulsion. It’s difficult to invest emotionally and psychologically into this type of Tom Foolery and one has to suspect that perhaps the production is more of an ode to campy cult classics than anything. Don’t get me wrong there is definitely a market for Rise of The Scarecrows and I can see a vast cult following rapidly growing while viewers recite the dialogue in just.

Conspiracy Pete, (played by Mark Scarborough) truly steals the show and his rants about Maxwell House coffee among countless other topics will undoubtedly create and laughing stir among the audiences. Some gratuitous nudity is offered in the form of Dicky the town mechanic’s wife (Amanda Nigro) showering. Sadly it appears as though this is the sole film credit to Ms. Nigro’s credit. Many of the male demographic and perhaps some female too will hardly complain but the scene holds no merit aside from a welcome break from the calamity before us.

A hardcore heavy metal/thrash soundtrack is often played to accentuate the chaos. It’s a clever choice to appease the senses but often mixed a little off and ultimately creates irritation.

There may not be something for everyone within the lapsed time of Rise of The Scarecrows but fans of the rustic, off the cuff almost primitive in quality will get a kick out of it and there’s no argument that it could have been worse. I’d recommend it to anyone with an open mind and a flair for the morbidly curiosity. 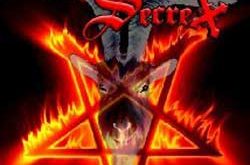