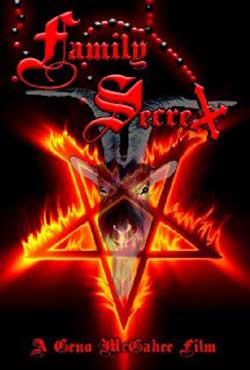 Geno is an up and rising news paper reporter. Suddenly his life is turned upside down when his Grandmother passes away. Geno is thrown once again into the family that he has since disassociated himself with. If dealing with his family drama wasn’t enough Geno is soon given the hottest story at the paper, it involves a serial killer who is killing only members of his family and their associates.

“How bout I shove an ice cube up your ass….will that chill you out!”

Geno McGahee’s low budget slasher flick Family Secret is a great way to kill a Saturday night with the right amount of friends and cold ones. Yes Family Secret is low budget, which means that it is filled with a cast of unknowns (some of which really love their parts!) some pretty shoddy (yet extremely graphic) special fx and shoddy production values….should this hamper your viewing of this nugget of independent horror, hell no it shouldn’t.

Family Secret starts off by introducing Geno and his wife. Geno works at the local news paper and he really wants to start covering the big stories and not just the high school football games. He receives a phone call from his Aunt Carol one day who informs Geno that his grandmother has passed away and where the funeral will be. Geno tells his wife that he is going to the funeral and explains to her that he wants to go alone since he really doesn’t care too much for his family.

There is a good reason that one would not care about this family. There is no happy story among its members as McGahee introduces them. We learn one member is really not happy living with his current girlfriend who seems to spend all of his money. One member of the family is a racist drunk who in angered when his daughter shows up at the funeral with her date (and a completely new hair style!). The family isn’t just limited to those problems, this really is one messed up family and McGahee follows them around with glee letting the viewer know all of their dirty little secrets, except for the big one which involves why someone who looks like an old lady (Geno’s grandmother) keeps killing different members of the twisted family.

McGahee sets up his old lady killer early in the film with Geno having nightmares that involve his grandmother taunting him saying that she will never be killed. When Geno talks about his Grandmother he only tells stories of cruelty involving the woman killing his puppy Skipper when he was kid. Geno’s sister Claire also informs Geno that when the old lady passed they found that her cane actually was a sheath for a rather large blade. Claire has problems of her own however mainly in the form of her husband Sam who doesn’t seem to mind the fact that he can not find a job.

There are some moments in Family Secret that really are great, such as when the racist uncle is arrested at the local tavern for being a suspect in the murder scene, in fact every time that the uncle is on the screen he shines, obviously loving every minute of playing the role. The main reason most of us watch slasher films though isn’t just the build ups however, it is the kills and Family Secret delivers! Though its budget is small the fx company did not skimp on the red stuff, it is literally thrown throughout the entire film. The climax of the killing spree however occurs when the old lady killer seriously kills everyone who is at a bowling alley!

McGahee knows how to keep his audience and Family Secrets never stops entertaining be it splashing the red stuff around or watching Forris Day Jr.’s impressive stage fighting skills. Even the bad parts of Family Secret are still fun, for instance when Geno’s father is introduced and he looks a lot young than Geno does. When all is said and done however McGahee lets the viewer know exactly what the secret is that causes all of those in the family to be killed by the strange new slasher or “The Old Lady Killer” as she becomes known throughout the film.

Go ahead and call up everyone for this one, and it is very ripe for drinking game rules. Family Secret shouldn’t be a secret to independent horror fans. 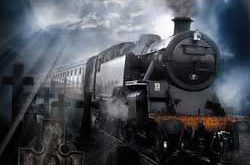 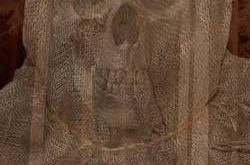 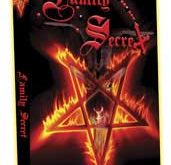