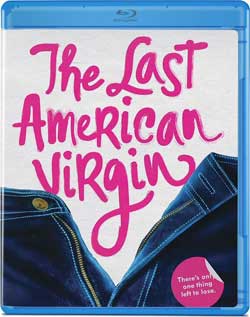 The friendship of a group of young friends struggling with teen sex, drugs, and work is jeopardized by a romantic interest which may turn pals into bitter rivals.

Hey folks…another guilty pleasure review for me…not horror, but almost “culty” in its own respect.

Arriving right at the start of the 1980’s rush of teen angst films arrived this cult classic gem that seemed to be ignored for more “celebrity-driven” teen films of that era. Sure those brat pack films and like-associated castings seemed to fuel the rush to DVD and bluray, however there were also great older gems that set the pace, inspired, and really established some of the earlier ground work to what was about to become the 80’s. 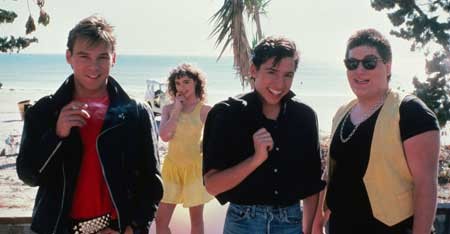 “The Last American Virgin” touted as “coming-of-age” film, signified the central theme of young teens discovering dating, sexuality, and of course the bonding elements of high school. “Fast times at Ridgemont High” was also a staple of this time creating a virtual pathway of yet-discovered talent that would go on to glorious careers. What is odd about this film is that despite it hitting all those usual marks of being teen-driven, comedic and rooted in a central emotional struggle (lure central character’s Gary feeling towards a “girl of his dreams”), it resulted in an almost unknown (still to this day) cast of actors who richly deserved to go onto to better things.

NOTE: Some spoilers are revealed in review

“The Last American Virgin” is a complicated film as it doesn’t know at times whether it’s a comedy or drama. I always walked away from this movie with the sense that it had some great laughs, but also ends up leaving the viewer depressed in outcome. Perhaps this dilemma of moods is what made this a film harder for viewers to attach themselves to (unlike films like Weird Science, Animal House and Pretty in Pink). The film actually ends on an extreme negative note which is not the usual formula served up. 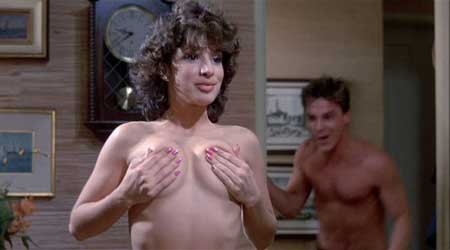 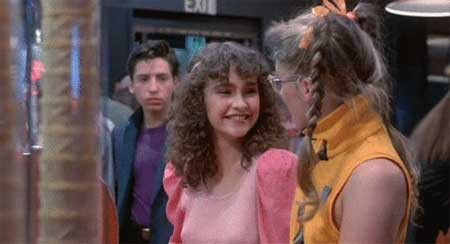 3 best friends Gary (Lawrence Monoson), Rick (Steve Antin) and  David,(Joe Rubbo) spend most of their time like many of their age. They are obsessed with the next lay, the next party, and what opportunities await them while just trying to get thru the day. The film focuses on this aspect with the 3 of the often tag-teaming any situation that involves a female or group of 3. That curiosity and nervousness of exploits are clearly felt as they move from one situation to the other.

Parties seem to arrive pretty regularly providing them a foundation to segue into the next scene. The situations are fun and typical until Gary develops a crush on new girl Karen (Diane Franklin). Karen is the central “girl-to-have” focal point of this film. The 3 friends don’t exactly flip coins over “who dates her first, however Gary who has been pining for her in the background becomes distraught when he realizes that his best friend Rick may have just seized the opportunity much faster than he had the courage to work up. Rick moves in….begins dating Karen….leaving poor Gary to brood in the background over his lack of expediency. 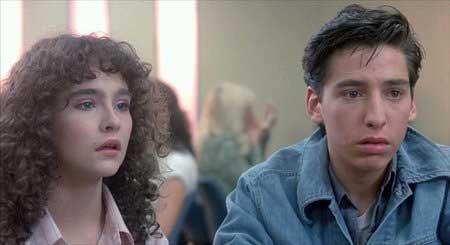 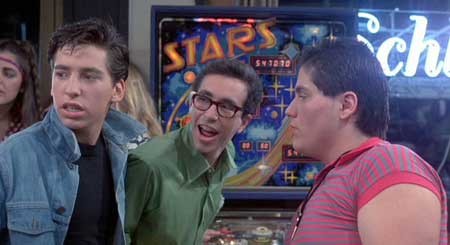 This begins to build up a jealously and grudge between the 2 friends, mostly unknown to Rick. Gary simply did not “get the girl” leaving viewers to journey thru his sulking. This aspect may have slowed down the film and turned its direction into territories it didn’t need to go. As while there is plenty of humorous moments in the 3 boys “heading out to get laid-segments ultimately the film ends on a depressing note that drags the movie down right into the end credits. Karen finds out that she is pregnant to only be further humiliated as Rick turns his back on her in her moment of need.

Gary, thinking that his “hero saves the day” efforts will win her over takes matters into his own hands by helping Karen thru an abortion. Meanwhile the gang heads out over the weekend for a school ski trip. Gary nurses Karen back to health and ends the weekend by confessing his secret love for her. This “seems” to be the moment that finally wins Karen over however Gary soon finds her back in the arms of Rick (leaving viewers to watch Gary in tears as the credits roll). Not a typical Hollywood ending that basically ends up sending the wrong message about love and kindness. I always thought that somehow there was a alternate ending that never made the cut, though that doesn’t seem to be the case. 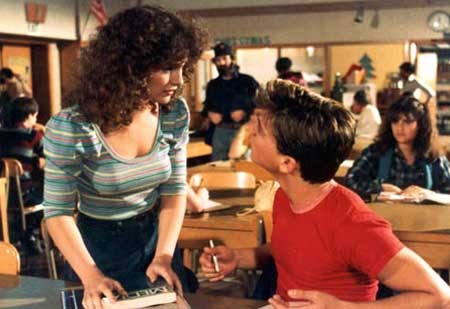 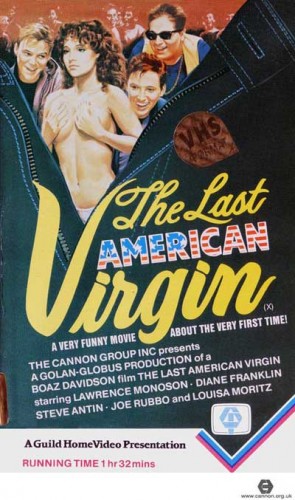 “The Last American Virgin” is a a fun memorable film that is perfect example of wrong choices made in story telling. Perhaps that was the goal all along but the character of Karen never quite fit the image of “bad girl” that she ended up being in the third act. I’m sure we all knew or experienced some form of “Gary” in our lives, however it’s not something you want as a takeaway to a otherwise cut film. 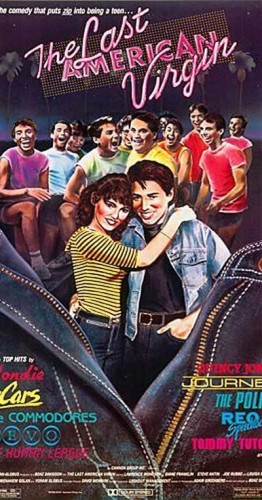 This brings us to the beautiful actress Diane Franklin, who despite being in various TV roles and films over the years didn’t get the spotlight position that other did of her era did. She is still today most remembered for her role as Karen in “Last American Virgin” (in addition to Better of Dead) and has spent part of her career with a focus on producing. Breaks in her career probably didn’t help matters which were also largely rooted in her prime periods of 1982-1991. Simply not a good time to “get away from it all” as others moves into mega-stardom positions. Actor Steve Antin would also go on to play Troy in “Goonies” among other film roles.