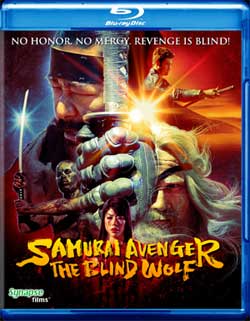 A blind man seeks revenge against the psychopath who took away his sight and slaughtered his wife and daughter. Eight years after the massacre, the man has returned to the desert town, now a highly trained samurai swordsman ready to seek justice. But he doesn’t know there awaits seven assassins hired by his sworn enemy who want the bounty on his head. Set in nowhere, no time, this bloody modern day fable is a new age hybrid action film with a classic samurai essence and a spaghetti western spirit. This is, “Sushi Western!”

Simply Bad-ASS!. I love to start off a review that gets right to the point (whether the reader bothers to read thru or not). This re-stored, re-issued, hard to find, film was taken under the care of the team at Synapse Films and repackaged to the masses. Yep, it’s a bluray release that not only gets the film over to high-def digital, but adds in some lost footage scenes “back” into the end product. Usually when I hear that, I’m weary of if the scenes were “that” lost or needed, however, it was obvious from the restoration quality of these scenes that they were indeed tasty little nasty bits of fun and violence that should have never reached the cutting room floor. In other words, yes…you need to see it as it stands today with all its tasty bits edited back in.

I found myself intrigued from the get-go about where and when this film actually surfaced. Director Kurando Mitsutake who also directed films “Grudge 2” and 2014’s “Gun Woman” set out to create an action / western grind-house piece in 2009 rooted in the style of what they call a “Sushi Western”. From this idea came  “Samurai Avenger: The Blind Wolf (2009)”, which I surprisingly mistook for a much earlier period film than only being 8 years old. In the case of “Samurai Avenger: The Blind Wolf”, that is a good thing (as most might also mistake this film as a 70’s production).

The movie struck me instantly as the kind of film that Tarantino would drool owner in his earlier influenced grind-house days. The film has got “that trademark style” of western spaghetti meets vigilante-violence formula that is clearly influenced by it’s era of genre. By keeping the story simple and retrofitted combined with an Asian violence packaged flair bounced off a “man with no name Western”, …..well you’ve got something of a delicious little piece of cinema to indulge in. 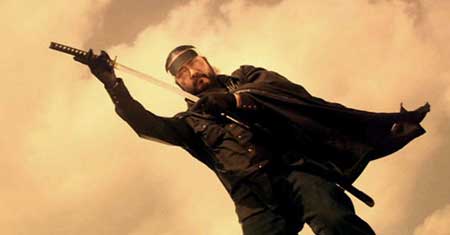 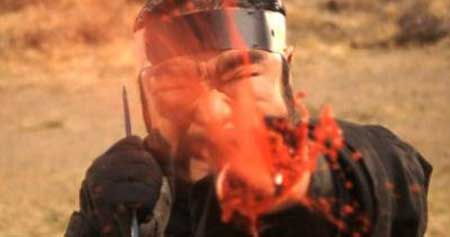 Blind Wolf is beautifully played by actor Kurando Mitsutake who is centered as the film’s main protagonist. His enemy? Nathan Flesher (Domiziano Arcangeli), an evil corrupt man who slaughtered Wolf’s daughter and wife in front of him before making Wolf poke out his own eyes. The reason? Simply being in the wrong place at the wrong time.

Flesher, now behind bars for 8 years is on the brink of his release. Though during that time Blind Wolf trained, learned the ways of the sword and prepared for a vengeful return even without the luxury of sight.

In the style of “journey-driven” action themes,Blind Wolf must endure 7 assassins as he makes his way across the desert. If you have a knack for cheesy choreographed breast buxom femme fatales and hard nosed villains then this movie will surely hit the mark. Blind wolf encounters one after the next in a test of endurance and determination intent on destination and an intense reckoning. 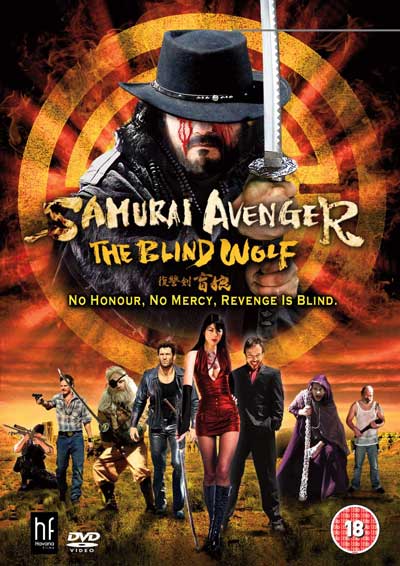 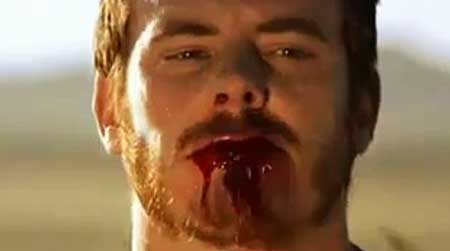 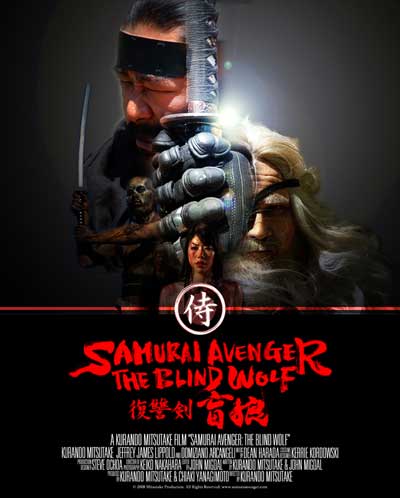 All this explodes under the umbrella of humor, great practical effects, and retro-rooted editing. It’s a film that promises fun and gore always staying true to its roots while poking fun at the genres it borrows from.

Movies of this nature should offer a good time to viewers, in which this film does in spades. Its one to own and one to watch more than once.

Synapse Films has recognized a cult gem in “Samurai Avenger: The Blind Wolf” by bringing it to bluray for your entertainment