Rate This Movie SYNOPSIS: “A vision of an apocalyptic future set in the wastelands of Australia. Total social decay is just around the corner in this spectacular cheap budget gang orientated road movie. Where the cops do their best to lay down the law and the outlaw gangs try their hardest to defy the system. Leather-clad Max Rockatansky – husband, …

SYNOPSIS: “The War of the Ring reaches its climax as the dark lord Sauron sets his sights on Minas Tirith, the capital of Gondor. The members of the fellowship in Rohan are warned of the impending attack when Pippin cannot resist looking into Saruman’s palantír and is briefly contacted by the dark lord. King Théoden is too proud to send …

SYNOPSIS: A small group of town residents have to band together after a devastating ground invasion. As they struggle to survive, they realize they must stay one step ahead of their attackers, and work together for a chance to strike back. REVIEW: After watching “Occupation”, I wasn’t sure how to start the review. Here are a couple of options: You …

Rate This MovieSYNOPSIS: “After many years of sleeping in his coffin, the vampire Lestat awakens only to find that the world has changed and he wants to be a part of it. He gathers a following and becomes a rock star only to find that his music awakens the ancient Queen Akasha and she wants him to become her king.” …

SYNOPSIS: “The machine army continues to drill towards Zion. Within hours, they will overrun the population of the Zionites and lay extinction to human kind. Meanwhile, Neo is held captive by the Merovingian at the train station. Trinity and Morpheus set out on a journey to release him from a mysterious train operator. Also, Smith resumes his quest to kill … 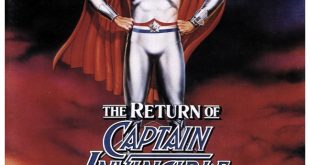 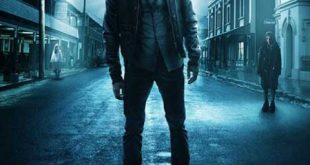 SYNOPSIS: A troubled psychologist (Adrien Brody) returns to his hometown to uncover the truth behind his strange visions. REVIEW: Repressed memories are a thing, apparently. Some people swear by them the way other people swear by thorough colonics. The mind’s way of cleansing itself, I’m assuming. It sounds reasonable, if you don’t think too deeply about it. And like its … 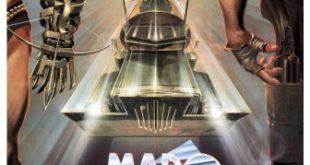 SYNOPSIS: “Roaming the highways of post-apocalyptic Australia, years after he avenged his wife and son and his partner who were murdered by the motorcycle gang led by the evil Toecutter. Burnt out former Australian policeman Max Rockatansky, now known as ‘The Road Warrior’ searching for sources of fuel, stumbles upon a gasoline refinery home to a community of survivors who …