Christopher Lee – A Moment to Reflect

It is an unfortunate truth that most of us will outlive our heroes. We find our selves saying farewell to one of the greatest actors of all time, Christopher Lee.

Where does one even begin when talking about a career as long and varied as that of Mr. Lee? Nearly 300 films, beginning way back in 1947 with the television series KALEIDOSCOPE. 30 nominations for his film and theater work, of which he won 22. These include the British Academy of Film and Theater, the Academy of Science Fiction, Fantasy & Horror Films, The British Film Institute, the MTV movie Awards, and numerous international film festival and lifetime achievement awards. 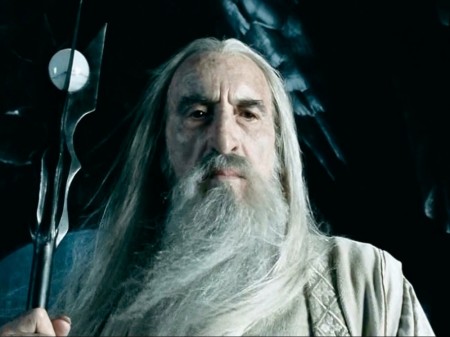 While he is probably best known for his work in horror, he was also a magnificent character actor. He has played Rasputin, the devious Fu Manchu, and both Mycroft and Sherlock Holmes (in different films, of course). He has starred in science fiction films, western films, period pieces, and even comedies. He has worked in film, and television, and most recently animation, voicing his own character Count Dooku in the animated series STAR WARS:CLONE WARS. He has voiced video game characters as well, in the games KINGDOM HEARTS, LEGO THE HOBBIT, EVERQUEST 2, and GOLDENEYE:ROGUE AGENT, just to name a few.

Most of his newest and youngest fans know him as the evil Saruman from THE LORD OF THE RINGS, and/or the equally evil Count Dooku from STAR WARS. One could always count on Christopher Lee to bring a damn good villain to the stage/screen. He had that voice, and carried himself with such pride that you couldn’t help but respect him, even as a villain. 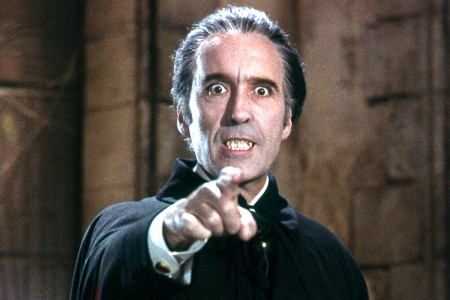 The greatness of this man is not confined to his work as an actor. He served in World War 2 as part of an elite intelligence organization. This is something he never discussed publicly in any detail. What he has said is that he volunteered for service, and specifically for intelligence. He served from 1940 until the end of the war, his final assignment being to track down escaped Nazi war criminals and bring them to justice.

Oh and he’s a rock star. He worked with heavy metal bands Rhapsody of Fire and Manowar, and also released his very own heavy metal epic CHARLEMAGNE:BY THE SWORD AND THE CROSS. He won an award for that, too. the 2010 Metal Hammer Golden God award. He released a second album, and a stage musical based on the concept opened in 2013.

It would really take all day to list everything this amazing man has done in his 93 years of life. But anyone can go to IMDB or Google and look that up for themselves. I want to talk about what happens now – in a world without Christopher Lee.

His career has spanned generations of fans, and he has re-invented himself to become an icon to each generation that discovers him. Most of us will, of course, know his work with the legendary Hammer Studios.

I grew up watching all those cheesy Hammer horrors every Sunday afternoon on UHF. I was traumatized when the great Vincent Price passed away. As years have gone by, I have relived that trauma over and over as the film heroes of my youth pass on to their eternal reward.

Christopher Lee’s passing marks the end of an era. The end of a certain type of celebrity, the end of a golden age when men gained dominance and wisdom with age. In our current culture that all but worships youth, Christopher Lee showed us that growing older was not so bad.

Christopher Lee became something more than an actor. He gave us so much more than entertainment. He is, and will always be, the face of a Hollywood long gone. The last of the old guard who showed us just what it meant to live, both through one’s profession and in real life. I fear we may never see his like again. But his legacy will live forever.