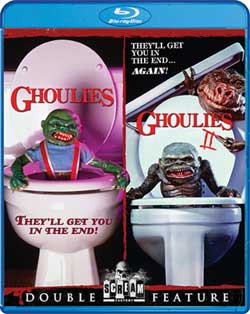 Ghoulies II picks up a short time after the first movie, a few of the little nasties stow away on an amusement park ride and bring big bucks to a dying fair. The creatures are mad after an attempt to kill them, so the creatures go on a rampage through the fairgrounds, ultimately leading to an explosive conclusion!

Over the past few years, I have become acquainted with Charles Band and his film work.  From his beginnings with Charles Band Productions all the way through his more recent Full Moon Horror work, he has acquired a large resume in the movie world.  Horror is one of the main genres that he has worked in, with movies like The Gingerdead Man, Evil Bong, and the classic Re-Animator having his involvement.  In 1985, his production company Empire Pictures released a movie called Ghoulies.  The movie combined elements of cult horror, witchcraft, and creature horror to create solid entertainment.  It spawned three sequels throughout the following decade, the first of which was 1988’s Ghoulies II. 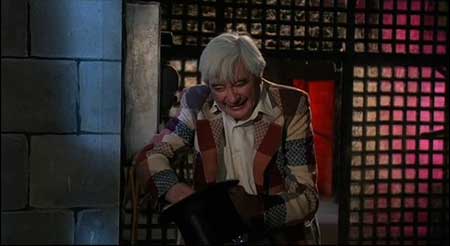 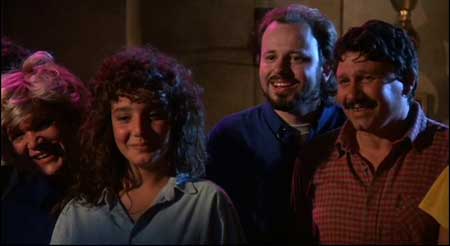 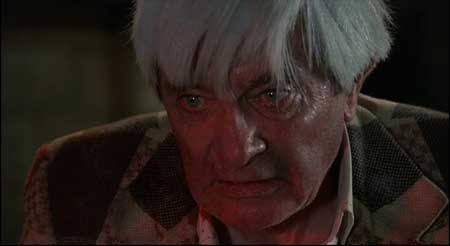 The bulk of Ghoulies II takes place at a carnival, which is much different than the mansion setting of its predecessor.  Larry (Damon Martin), Uncle Ned (Royal Dano), and Sir Nigel Penneyweight (Phil Fondacaro) are three men in charge of the haunted house called Satan’s Den at the carnival owned by P. Hardin (J. Downing).  While travelling to the carnival, some demonic creatures manage to find their way into the haunted house exhibit.  They cause the popularity of the exhibit to soar when people think they are animatronics.  It is only after some deadly experiences that people realize the danger and agree to put a stop to the demonic creatures. 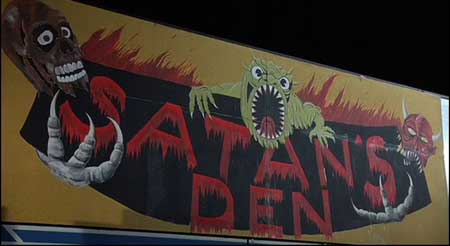 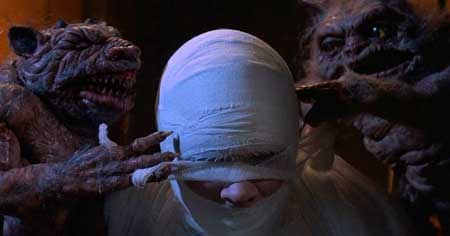 I watched this movie for the first time six or seven years ago and despised it.  I don’t think there was a single thing that I liked about it.  There was a blinding rage in my head that led to me writing a bunch of words about how much I hated the movie.  I don’t want to look back at that writing because it’s from six or seven years ago.  Not only do I believe I’ve gotten a little bit better at this writing thing, but my opinion on the movie has changed and I don’t want to read my own hate-filled rant about the movie.  The experiences that I have had watching bad movies over the past few years have given me some perspective that allows me to appreciate the good in Ghoulies II, rather than the bad. 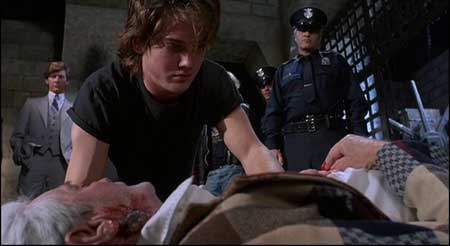 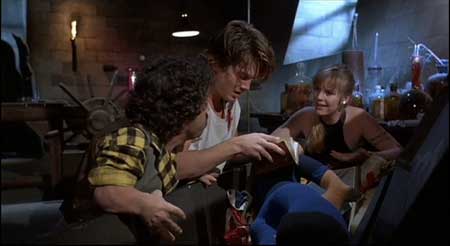 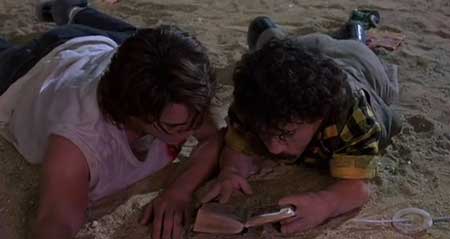 The first bit of praise that I have for Ghoulies II is the set design.  I’ve probably mentioned set design in other reviews.  That’s because I love some good set design.  The set of Satan’s Den was designed to be a believably failing haunted attraction.  It looked like something that would have been a big hit thirty years before the movie took place.  It wasn’t worn down or anything.  It simply felt like a haunted house out of another generation, which was fitting for what the story of the movie was.  And the rooms themselves gave enough variety within what the demons could do to their victims.

Another little piece of praise that I must give to the movie is that the creature design is semi-unique.  The Ghoulies franchise, up to this point, has managed to make their hideous creatures stand out from the other small creature horror movies of the 80s.  They are unique to the point that if you see them, you know that they are ghoulies.  They don’t look terrible, either.  There is an interesting design to each of the ghoulies in the movie that makes them interesting to look at.  From the baby-like one to the bat-like one, each has its own traits that add diversity to the proceedings.  They don’t look like each other or anything else I’ve seen.

Yet, as much as I like to praise movies and find the good in things, I can also easily find some bad.  In the case of Ghoulies II, it is in how scary the movie is, which is to say not too scary.  The first movie in the franchise made a good effort to balance the scares and the laughs in the movie.  Both worked to a good effect.  The second installment in the franchise couldn’t keep that balance as well.  It leaned much more to the comedy, with the monsters becoming loveable anti-heroes by tormenting people who deserved it.  They performed their torture in goofy ways that made the audience feel more like the awestruck watchers than the disgusted saviors.  You laugh at what they are doing to people when you should be hoping that the ghoulies get stopped.  For a movie that is supposed to cause fright, it lacks a frightening bone in its body.  It is the movie version of the haunted house that it is showing.

Ghoulies II definitely is not a terrible movie.  It is okay.  But the movie doesn’t pack the same sort of punch as its predecessor.  It is interesting enough in a visual sense but lacks the dark tension that had been set up by its originator.  I enjoyed it this time around.  And I think that other people could enjoy it too.  It is not the worst horror sequel to ever be made.  Ghoulies II is not the worst choice you could make for watching a movie with your friends and drinking on a Friday night.