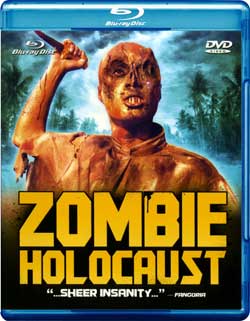 A series of corpse mutilations in hospitals around New York City prompt an anthropologist and her doctor colleague to investigate. The trail leads them to an Indonesian archipelago, where they rendezvous with Dr Obrero, who works there helping the natives. Not only do they encounter groups of roaming cannibals in their search, but it becomes apparent that the island they find themselves on is also inhabited by the living dead. When they discover that someone is creating these zombies through experiments carried out on living subjects, they attempt to put a stop to the savagery before falling victim themselves.

The Italian producers of Lucio Fulci’s trendsetting Zombie (1979), itself initially marketed as a sequel to George Romero’s seminal Dawn of the Dead (1978), knew they were onto a good thing. Reworking themes, settings and even actual sets, as well as retaining British actor Ian McCulloch in the lead, they quickly slapped together Zombi Holocaust and released it in 1980. The film later achieved status in the U.K. as an unofficial video nasty, while in the States it was recut and rescored by its unscrupulous distributor and saddled with the memorable title Doctor Butcher, M.D. – denoting the doctor’s standing as a “medical deviate”! 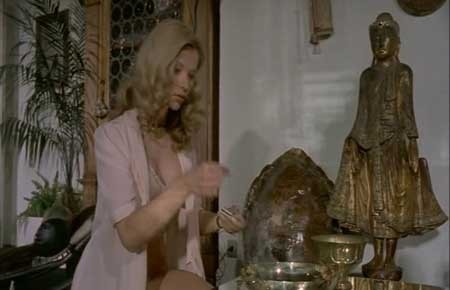 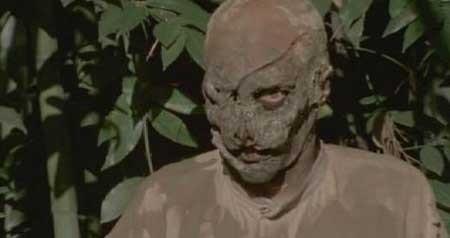 Not unlike the same year’s Cannibal Apocalypse, which combined cannibalism and zombie horror with rampaging Vietnam vet action, Zombi Holocaust is something of a genre blender – the bulk of the film more closely resembles the cannibal/jungle adventure flicks that were at their peak at the time, as the zombies don’t come out to play until the final third. Zombi Holocaust lacks the sexual violence of Cannibal Ferox and Cannibal Holocaust, the most notorious of these cannibal films, although it does have two or three moments of glorious splatter – in addition to the mandatory scenes of cannibals sharing meals.

The film kicks off with a pulsating synth score courtesy of Nico Fidenco (who recycles some of the tracks he composed for Joe D’Amato’s Emanuelle and the Last Cannibals) and the director’s uninspired Anglo pseudonym: Frank Martin. How he came to direct this amidst a slew of sex comedies is anyone’s guess, but the film benefits from the presence of a seasoned thesp like Ian McCulloch. And Alexandra Delli Colli, from Fulci’s The New York Ripper, looks great in the obligatory nude scene, in which the cannibals use her to practice their psychedelic body art. 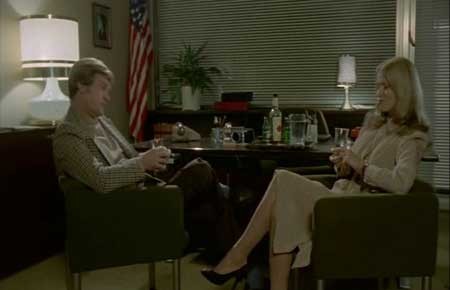 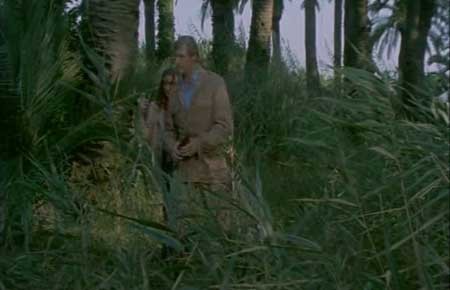 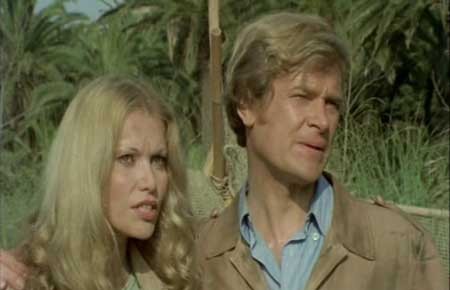 A key line early in the film is a clear nod to (or blatant theft of) the sanctimonious theme of Cannibal Holocaust; the question “Do you really think we’re that much different from savages?” reworks the earlier film’s attempt at self-justification when a character feels compelled to “wonder who the real cannibals are”. For members of the moral majority, I doubt whether that is enough to legitimize scenes of eyeballs being vigorously ripped out and devoured, or the face of a zombie being pulverized by the business end of an outboard motor – but the closet gorehounds among them will be euphoric.

All the other motifs of the cannibal movie are present and accounted for: jungle traps, in-your-face close-ups of masticating flesheaters, evidence of severe digestive dysfunction (namely bodies with half-eaten guts hanging out), and natives that look like they’ve just finished a long shift at the local flour mill, sporting bowl cuts that would make Moe of the Three Stooges weep with envy. The female lead is also eventually captured and inaugurated as a white cannibal queen – a role perhaps most memorably undertaken by Ursula Andress in The Mountain of the Cannibal God a couple years earlier. 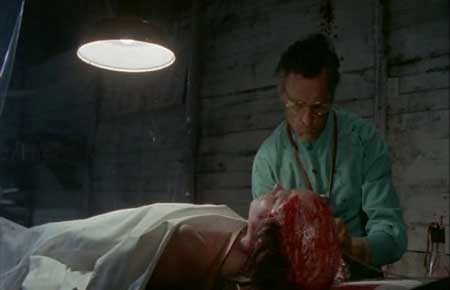 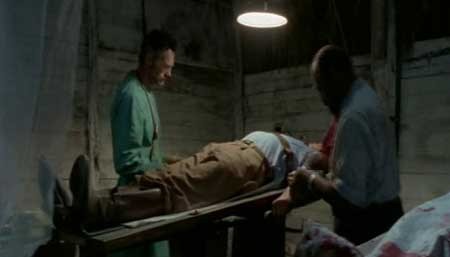 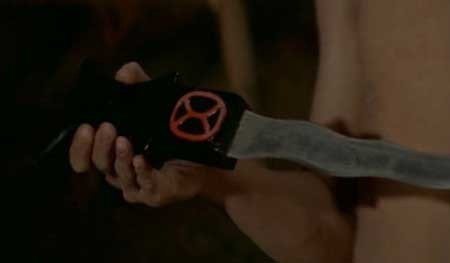 Zombi Holocaust is clearly not near the top of the heap in either genre, but scores a few points for simply getting the job done, in a fairly workmanlike fashion; there’s nothing worse than watching a film with a title like that only to find it coming up short in the viscera department. Long before modern horror crossovers became a hackneyed trend, you even get cannibals and zombies duking it out toward the end – with zombie henchmen who are somehow sharp enough to be able to follow orders in between shuffles across the room with arms outstretched. 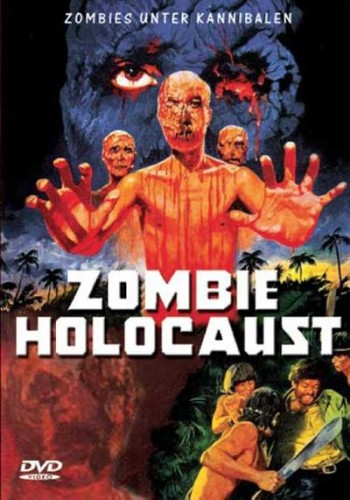 When the zombies first make their low-key appearance, breathing so heavily they manage to scare the natives away without any further display of machismo, there are shades of similarly surreal moments from the work of Joe D’Amato or Jess Franco. And while the film lacks their personal touch, it also thankfully avoids the tendency of their output to deteriorate into an outright yawnfest. But as far as holocausts go, it’s hardly the most memorable – you won’t be arguing about the body count when this one’s over.