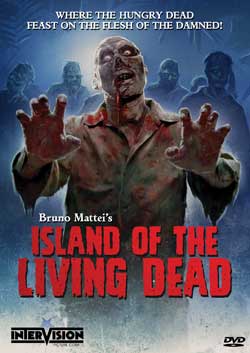 A group of treasure hunters survive a shipwreck only to find themselves stuck on a deserted island that’s been overrun with ferocious flesh-eating zombies.

Island of the Living Dead is a 2007 film by director Vincent Dawn. Wait a minute, Vincent Dawn? Isn’t that…it is…Island of the Living Dead is a 2007 film by director Bruno Mattei. But before you skip on to the next review, hear me out. This one isn’t too bad. It’s one of Mattei’s final films (he passed away in mid-2007), and while Zombies: The Beginning, another movie of his from the same year, was a disaster of rip-off proportions (some say it’s nearly a scene for scene match to Aliens), Island of the Living Dead has some pretty cool stuff in it. Some of the story is interesting, and it has some respectable effects in there too. I’m not going to say it’s perfect, by any means, nor is it wholly original, but it is a pretty fun ride. 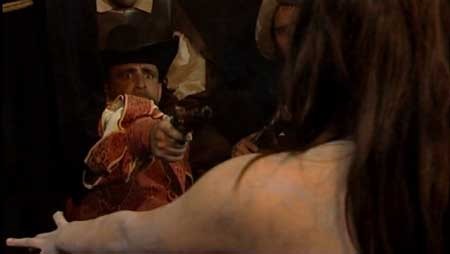 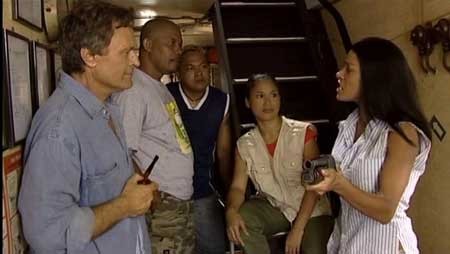 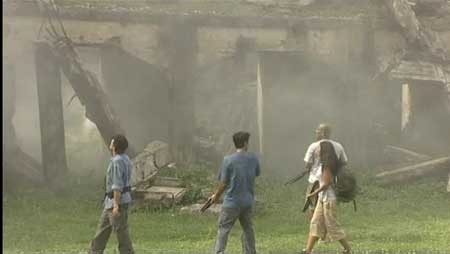 After opening with some voodoo (?) rituals bringing the dead back to life, turning them into bluish, Dawn of the Dead style zombies who start attacking a group of priests and soldiers, we meet our boatload of treasure hunting protagonists. They get stuck after a sudden, unexpected fog, and find themselves a short distance from an unmapped island straight out of Lost. We know they shouldn’t go there, but they do, and soon they’re splitting up, exploring the place, finding water, the ruins of an old city, and some crazy demon/vampire/zombies, like Matheson’s I Am Legend mixed with a bit of Romero and Andreas Bethmann. From there, we get a lot of the group splitting up, running into something crazy, then regrouping no closer to leaving the island, as well as some scenes straight out of Night of the Living Dead, Zombi, and even The Fog.

What’s pretty cool about this movie is that it isn’t just a zombie movie. There’s some other supernatural stuff going on here as well, some ghosts, some demonic cultish zombie priests, a little bit of possession, the whole kitchen sink gets thrown in here really, and I think it’s that extra stuff that helps Island of the Living Dead stand out a bit. Sure, there’s some bad acting, bad overdubs of the voices, bad dialogue, and a constant flow of zombies posturing for the camera (this is not the time to break the 4th wall, no matter how cool your undead growl and demon teeth are), but there’s also some cool gore effects. At one point, a zombie-thing gets its arm blown off with a shotgun, and we get a pretty cool scene of a new arm regenerating (not to mention a little confusion as to just what kind of zombies these really are). Some of the zombies even carry weapons, which is also kind of exciting and unexpected. 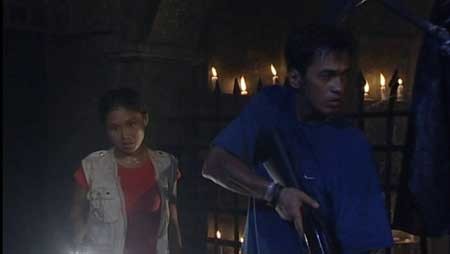 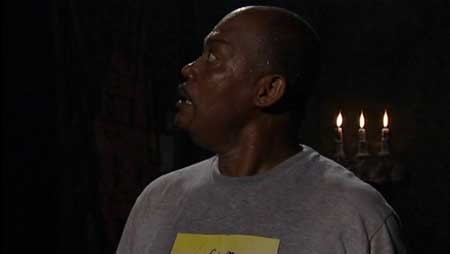 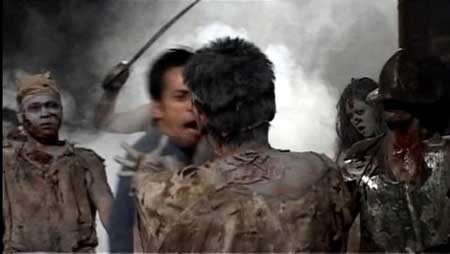 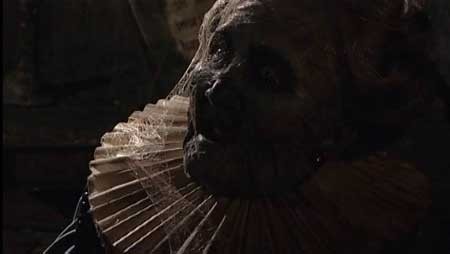 I really enjoyed this one. There is so much thrown into the story here, it runs the risk of just being over-whelming and completely over the top, but somehow it instead toes the line, never relenting, but never getting to be “too much.” Even so, we see these shipwrecked folks discover treasure, find and read the Necronomicon, learn the story of the island from a polite zombie creature, and even share a drink with a Shining-type ghost. A dude dances with a beautiful ghost/zombie lady as bodiless hands play a mandolin in the corner. A couple people drink some wine they find, talk about Edgar Allan Poe, and then realize their wine is actually blood and maggots. And there’s plenty of violent, bloody fighting, limbs flying, heads exploding, flesh tearing. I swear to you, it’s a little like a low budget, Italian Cabin in the Woods – if you can imagine it, it just might be in there.

I never imagined I’d recommend a Bruno Mattei film. The man made a lot of movies, and he does deserve some credit there, but we’re talking about Rats: Night of Terror and Hell of the Living Dead and those Cannibal Holocaust/Predator rip-off movies here. Still, out of more than fifty movies, there must be some good ones, and I’ll go as far as to label Island of the Living Dead as one of Mattei’s top “good ones.” It’s fun, it’s crazy, it tells a cool story without stealing from/paying homage to too many other movies, and in the end, it leaves you with a smile on your face. Pop some popcorn, line the beers up, and throw this one on the TV on a Friday night with friends, you’ll have a good time for sure.