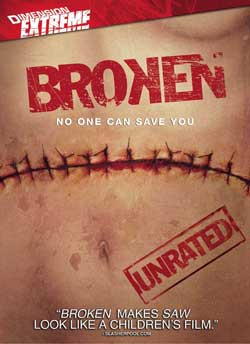 After dating a wonderful man, Hope comes back home, sees her daughter Jennifer and goes to sleep. She wakes-up in the woods with a psychopath, fighting to survive for more than forty days and asking information about her daughter to the stranger.

The variety of movies coming out of Dimension Extreme Films really is a mixed bag, isn’t it? At one point, you’ve got movies like Inside and Eden Lake and even the ridiculous but impossible to hate Black Sheep (not the Chris Farley/David Spade joint, the other one). On the other hand, you also have the never-continued Automaton Transfusion (good movie, but we are still hanging on for part two), the unnecessary Children of the Corn: Genesis (how many is that now?), and Hellraiser: Revelations (a movie so bad, Doug “Pinhead” Bradley and creator Clive Barker wouldn’t touch it with a ten foot chain). But there’s also the middle of the road movies, titles like Diary of the Dead, Teeth, and 2006’s Broken, that aren’t perfect, but also not horrible by any means. 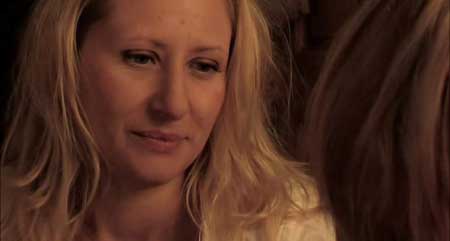 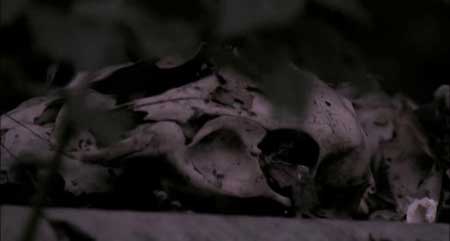 Broken is the first collaboration between writer/directors Simon Boyes and Adam Mason, but certainly not the last (see also The Devil’s Chair, Blood River, etc). The film opens with a Saw/Hostel/every other popular horror movie in the mid-2000’s vibe, something that may run off potential fans who are hoping for something original, which is unfortunate because that’s not exactly where it ends up.

We watch as a girl fights her way out of a coffin-like box, only to get hit and wake up tied to a tree, a noose around her neck, her feet balanced precariously on some wobbly wood, and stitches across her belly. She somehow figures out to pull open the stitches, and inside her guts she finds a razor blade, which she uses to cut the rope holding her to the tree. Having gone through all that, you’d think she’s one tough cookie, but when a cloaked man walks up to her, pointing a gun at her head, she immediately gives in, reaches up to the trigger, and pulls it herself. But all of this is really just here to distract you, because in the end, none of it matters and we get the same story later… 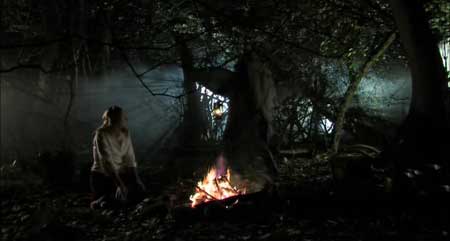 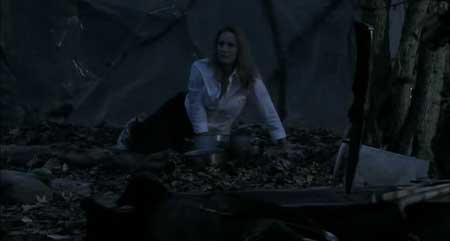 In fact, after a couple scenes of “character building,” we get all of this again (rendering the intro somewhat pointless), this time with our protagonist, aptly named Hope (played by Nadja Brand, then-wife of director Adam Mason), in the position of woman-in-peril. Except this time, the actions are spaced out a bit, and by a bit, I’m talking three to four days for her to get out of the box, wake up tied to a tree, and tear a razor out of her belly. But Hope is stronger than the intro girl, and she sticks it out, opening up our story for a little more substance. And this is where there movie takes a turn for the better, as we get away from the played out “torture p*rn” tropes and get into The Man (that’s all we get for this character’s name, but we do know he is played by Eric Colvin) and his survivalist-style camp where he holds Hope for reasons unknown.

It’s unfortunate that Broken starts the way it does, because it even had me ready to turn it off. Sure, I would’ve maybe watched it later, but I’ve already seen that movie so many times, and it was only interesting the first few times. Once it gets going, which is somewhere around the second act, it proves itself as a pretty cool movie, with enough suspense and mystery to grab the audience, and enough blood and gore to keep the gorehounds as well. Once another character is introduced into the mix, it gets even more interesting. 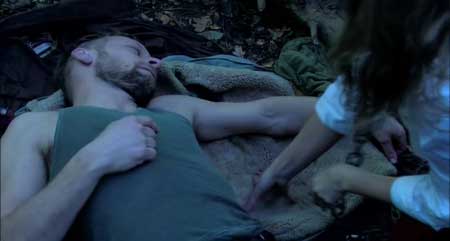 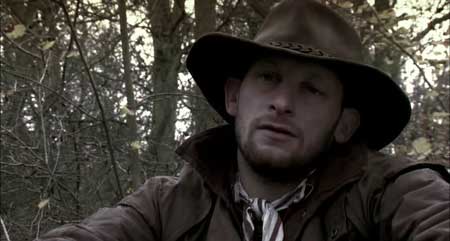 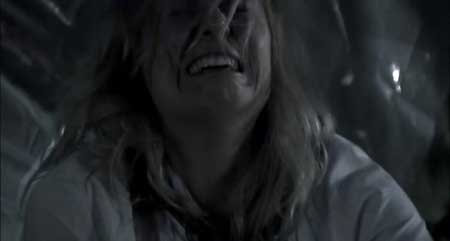 And throughout, we have questions: Why is she being held by this guy? What happened to her daughter? We get some answers, enough to satisfy us at the end, but not too much explanation that we feel talked down to by the filmmakers. But only the people who didn’t turn it off when it looked like Saw XVIII get these answers, so stay patient, movie lovers, you’ll feel better that you did. 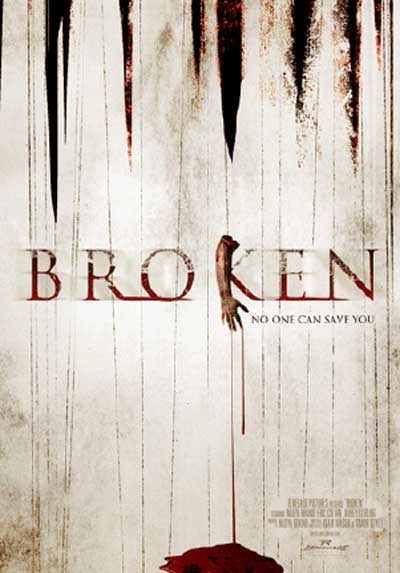 Overall, this movie is worth your time. The acting is pretty decent, there are a couple of surprises in store for us, and the story, once it gets going, is interesting, if not a little too convenient. We assume that The Man has done this many times before, but we never see where he started the whole thing. We see Hope in her normal surroundings, then BOOM, she’s in a box in the ground. Did he grab her off the street? Drug her? Break into her home and kidnap her? I feel like this would have been a part the filmmakers could have explained a bit more. But like I said, the rest of Broken is worth it. Maybe go into it pretending you just turned on your TV and the movie had already started, and let that bit of fiction carry you through, and then it won’t seem all so sudden.