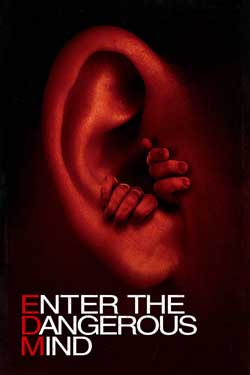 A reclusive American composer with an online following has a tentative romance with a beautiful social worker. This offers a glimmer of hope, but his mind fractures as the voices in his head grow louder and more destructive.

Jim, played by Jake Hoffman, is a mild-mannered, freelance IT consultant by day. However, by night, he’s a faceless composer of electronic dance music; a sub-par Skrillex hiding his identity through soundcloud. It’s evident from the get go that Jim uses his music as means to escape, burying himself headfirst into compositions. His flatmate Jake (Thomas Dekker) is a verbally abusive tyrant who is obsessed with pointing out Jim’s foibles, whilst simultaneously trying to get Jim laid. When Jim meets doe-eyed secretary Wendy (Nikki Reed), Jake formulates a plan to ensnare her using an earpiece from which he can control Jim, forcing him to do and say things he doesn’t want to.

If it hasn’t already become obvious from the above, Enter the Dangerous Mind is about mental illness. In particular, schizophrenia. Not in an after-school special kind of way. More in a ‘Dear God Mother! The Blood!’ kind of way. And, like the way the condition is portrayed in the film, Enter the Dangerous Mind can’t decide what mood it wants to be in.

After a surprisingly subtle approach to his condition, a moment of premature ejaculation pushes Jim off the precipice and into the smothering arms of Jake, who feels the world needs to pay for all its misdeeds. And then just when the narrative suggests it’s going to down the exploitation route of Driller Killer or Henry: Portrait of a Serial Killer, the film does a 360 and we return to Wendy and her social worker boss, Kevin, played by Scott Bakula, to discuss how misunderstood Jake is. Kevin, it seems, knows everything about poor Jake, having been his therapist when Jake was much younger. Think of him, if you will, as a kinder version of Dr Loomis. ‘I realized that what was living behind that boy’s eyes was purely and simply evil… and he just needs a big hug, the soft sod!’

Having laid out Jim’s history, establishing him to be a tragic figure caught in a world he didn’t create, Enter the Dangerous Mind does another flip, just in time for us to watch the former patient get drunk, take copious amounts of drugs, slaughter dogs and eventually, harass and kill people with an air pistol.

Enter the Dangerous Mind has its moments. The direction by Youssef Delara and Victor Teran is strong and evokes memories of Aronofsky’s Black Swan. Unfortunately, the script, also written by Teran, just fumbles around with a complete lack of focus and suggested pretense that we’re supposed to take this all terribly, terribly seriously. Which is difficult when you have overwrought scenes such as the one where Jake begins to contemplate his life as he stands on a petrol soaked victim and clutches a seemingly never-ending match, before being taken out by a metal bar. To me, it was ludicrous and wouldn’t have looked have looked out of place in an Astron 6 flick. 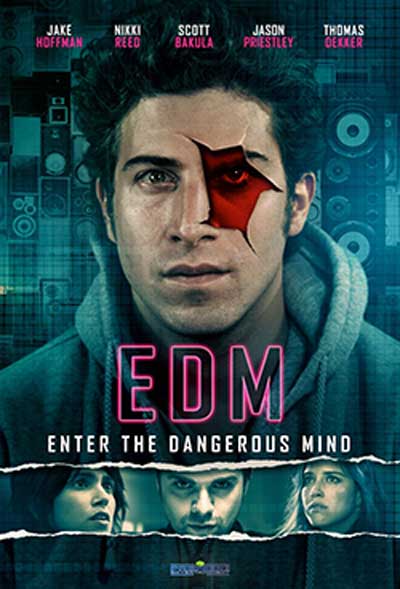 Whilst being outside of the norm has often played a big part in horror, take for example the bedrock of societal norms the Voorhees, there’s something problematic about Enter the Dangerous Mind in its portrayal of mental illness. In time, I think people will look back on its broad strokes on schizophrenia in the same way we smile coyly at the officer’s conclusion in Psycho: ‘He’s a transvestite!’

At least in Hitchcock’s masterpiece, Dr Richmond was on hand to explain why that is simply not the case. In the case of Enter the Dangerous Mind, it stumbles into complete parody when, in its final minutes, it confirms that another of its characters’ lives with the same condition as Jake and harbors the same murderous intent.

An engaging but flawed piece of work, more entertainment can be derived from Enter the Dangerous Mind’s soundtrack rather than it’s hodgepodge of problematic, perfunctory shock tactics. 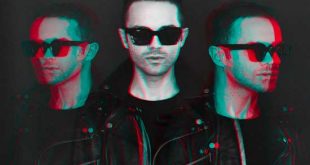