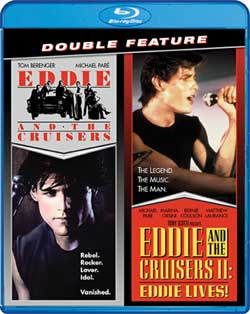 A television newswoman picks up the story of a 1960s rock band whose long-lost leader Eddie Wilson may still be alive, while searching for the missing tapes of the band’s never-released album.

At long last, “Eddie and the Cruisers” makes it way onto bluray AND now on a dual release of both films. It’s one for the shelves, easily! Shout Factory has championed quite a few great releases these last few years…I consider this 1 of them.

The movie “Eddie and the Cruisers” arrived in theatres in 1983 quickly making it a cult film for its time. Directed by Martin Davidson, this rock and roll film became a career highpoint role for actor Michael Paré who played singer-songwriter-perfomer Eddie Wilson. In fact to this day, I still find myself “wanting” to suspend disbelief in thinking that the songs were actually sung by Paré (when in fact they were all performed and recorded by “John Cafferty & The Beaver Brown Band”). 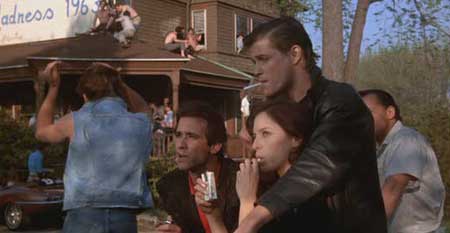 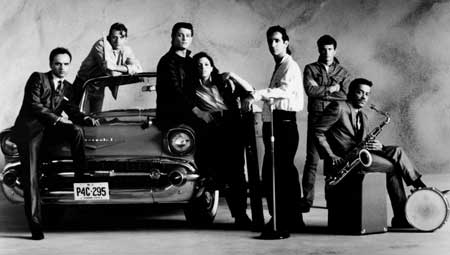 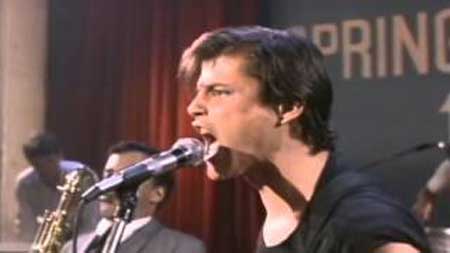 Knowing this and “still” embracing that notion is a sign of a great performance. The soundtrack would also do well with songs “Tender Years”, “Wild Summer Nights” and the hit “On the Dark Side,” getting plenty of radio play. Fantasy crossed over into reality, in some respects. Eddie and the Cruisers were indeed “movie characters” making connection to enigmatic rockers such as Jim Morrison and Elvis (who were also thought to have faked their own deaths) and a similarity to Jersey-based performers Bruce Springsteen and the E street Band. 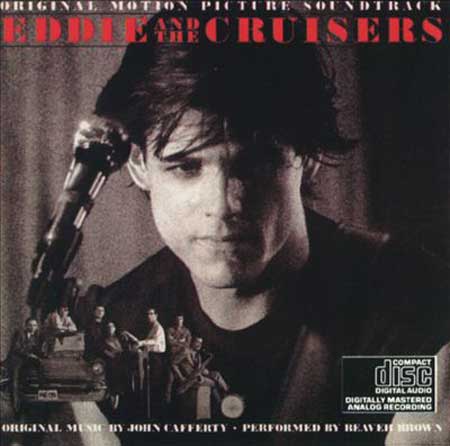 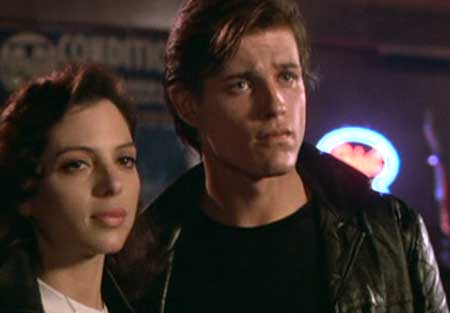 This connection was well made in the movie’s final act (I won’t spoil the ending despite the film being around since the 80’s) that has Eddie crashing his car off a bridge and then years later being remembered and honored for his music contributions. This suggesting of music being ahead of its time and often arriving too early for audiences to understand is a point that echoes far and wide among music acts of our times.

The film details a fiction-ous telling of Wilson’s music career and mysterious disappearance right on the cusp of his latest album release (which was rejected by Satin Records on the basis that it was too weird and modern for his fans). The release was titled “Season in Hell”, and despite most of the songs in this film being very retro sounding, was indeed a modern stylish composition. The album was believed to be influenced by poet Arthur Rimbaud, who many believed to be dead until his final days when he re-emerged on his death bed.

The movie is told thru 2 different settings….flashbacks and real time. The 60’s tells of Eddie and his band as they make their way to the top.  At present, we have Maggie Foley (Ellen Barkin) who is in search of Eddie’s long lost release “Season in Hell”, which is believe to be still existing but MIA mysteriously disappearing the day after Eddie’s death. Maggie is working on a tribute special of which she wants to acquire these tapes in the interest of featuring the long lost tracks. 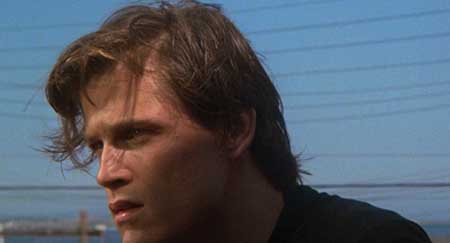 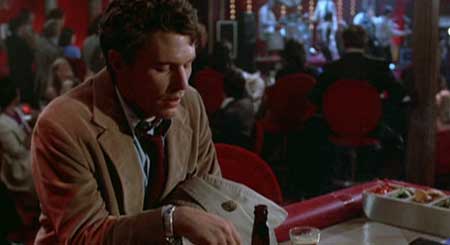 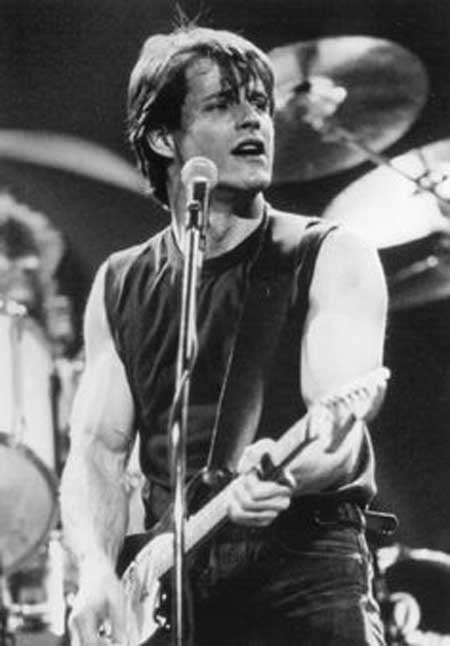 From here we get a worthy glimpse into early days of Eddie and his Cruisers as the film takes us back to the beginnings. All the while, we find present day members emerging from their various lifestyles and careers in support of the group’s market re-interest.

The film flows nicely despite various time jumps which further add to the “Eddie at the center of the universe” motive. Eddie’s death is questioned against circumstances and influences, though only on the basis of the past.

“Eddie and the Cruisers” easily ranks as one of the all-time great rock and roll films.

Besides a fantastic storyline, great music, and cool-as-nails acting…… there are some great script lines to take to heart as Eddie describes his music direction to his band members in flashback.

Now (and finally) arriving on bluray, “Eddie and the Cruisers” can once again make the impact it did long ago in high definition. Though my only complaint was that the bluray lacked any extras  besides subtitles (which was too bad as I would have liked to of heard actor Michael Pare’s perspective on it all, years later).