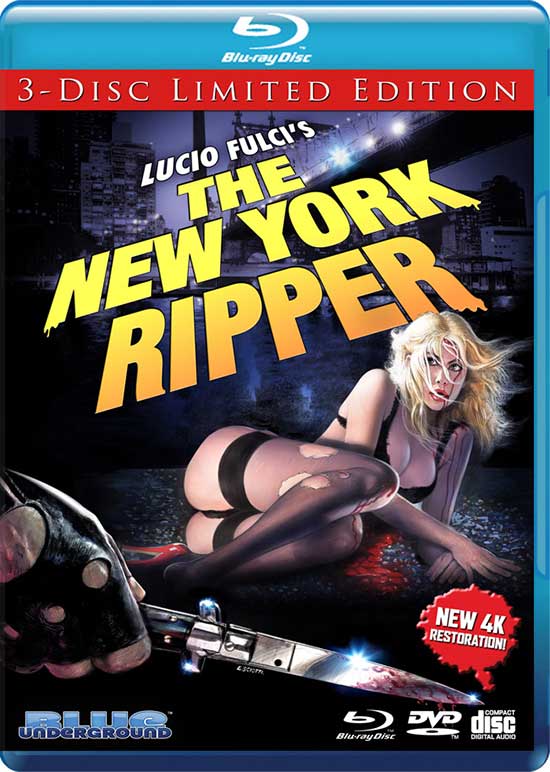 A serial killer that quacks and speaks like a duck terrorizes the streets of New York City, leaving a trail of dead bodies in his wake as the police try to figure out his identity and stop him before anyone else dies at his hand.

I saw The New York Ripper for the first time when I was in like the 7th grade and I hated it. Of course, I was young and dumb then and didn’t really get it, but when I watched it again years later, I really dug it. I watched it again recently and thought that it was a damn fine movie and one of Lucio Fulci’s best films in my opinion. It is an entertaining, disturbing little flick full of some graphic and violent scenes that are sure to freak some viewers out and I loved every minute of it. If you are a fan of Fulci’s work or just giallo films in general, then The New York Ripper is a must see because it is nothing short of awesome. 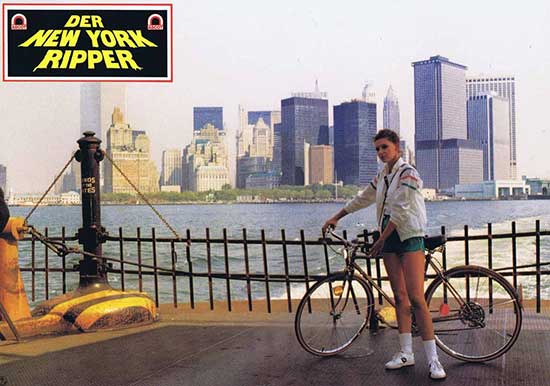 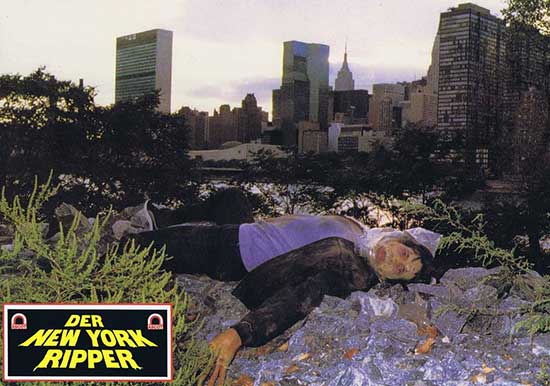 The premise is straight-forward as it revolves around an unknown serial killer (that talks like Donald Duck and even quacks from time-to-time) going around killing off anyone unlucky enough to cross his path. Of course, the police are trying their best to figure out who he really is and are doing everything in their power to stop him, but he always seems to be a few steps ahead of them. The movie follows the standard giallo formula as we don’t know who the killer really is and there is a ton of suspects thrown into the mix that may or may not be the killer or have some sort of connection to him. As with most giallo films the killer does have a depressing backstory that makes him sort of like a classic Batman villain so I actually thought that he was a little sympathetic in a way even though he is obviously demented and does what he does for his own twisted reasons. Of all the villains that have appeared in Fulci’s films I think that the killer in this one is probably my favorite and I have a feeling that a lot of viewers most likely feel the same way.

I think that the killer is terrifying. I know that it may sound a little silly that he quacks and talks like Donald Duck but believe me when I say that it isn’t at all. There is just something very unsettling about it and even though I thought it was goofy and funny when I first saw the movie as a kid as an adult it quite frankly freaks me out for some reason I can’t quite put my finger on. I mean imagine that you are home by yourself late one night and an unknown person calls you and threatens to kill you while quacking and talking like a duck. 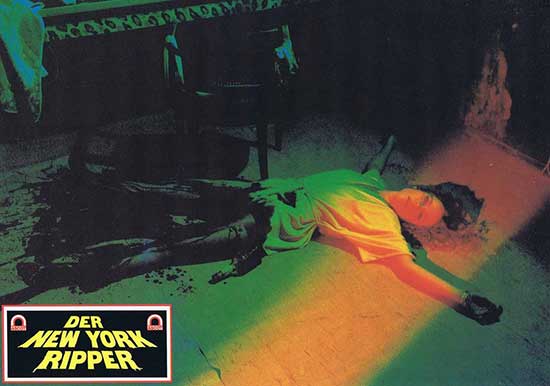 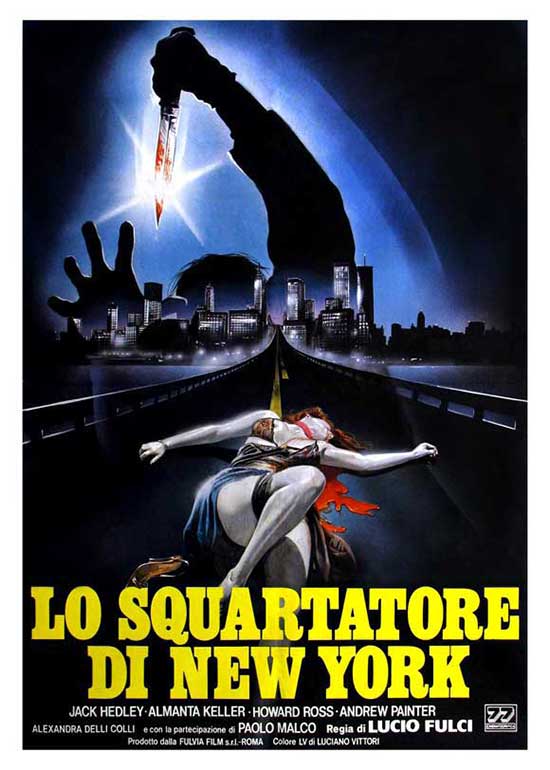 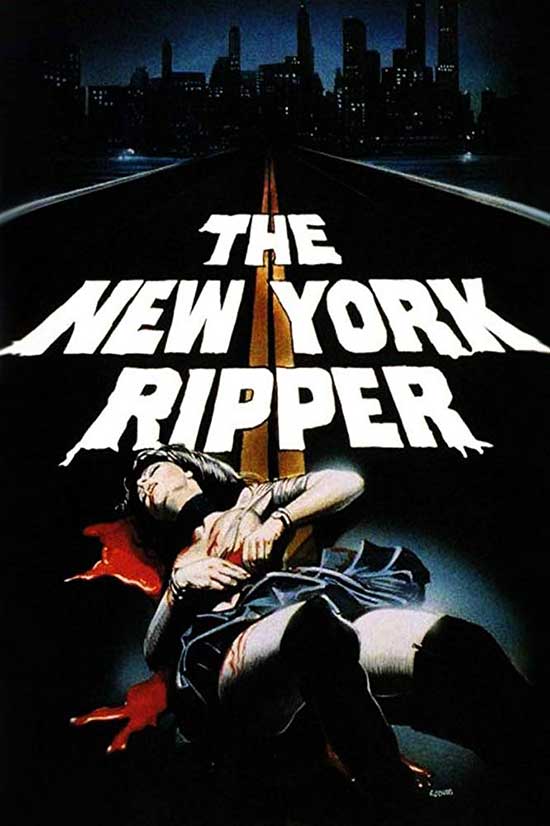 Is it just me or does that sound beyond terrifying? Did I mention that the killer is brutal as hell as well? He doesn’t mess around when it comes to taking out his victims and some of the death scenes are quite hard to watch as they are nasty and realistic (such as him stabbing one woman in the crotch with a broken, jagged bottle or the infamous razor blade to the nipple scene). I think that the killer in this movie is one of the most underrated horror film villains of all time and think he deserves a lot more love than he gets (oh, and in case you’re wondering we do find out why he talks like a duck at one point, and no, it isn’t because he’s a huge fan of Duck Tales. Oh no, now have that theme song stuck in my head). 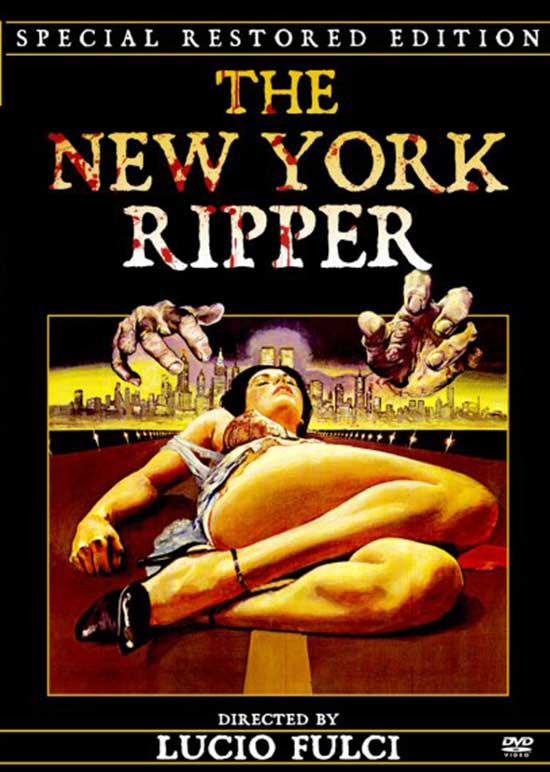 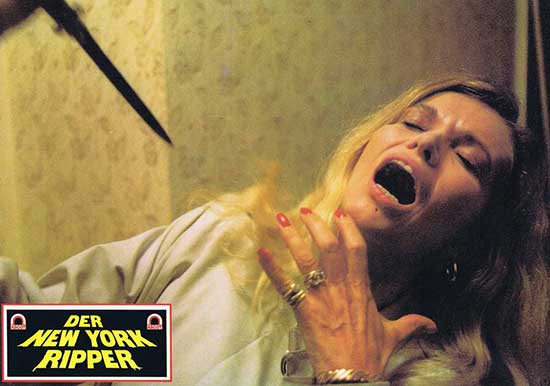 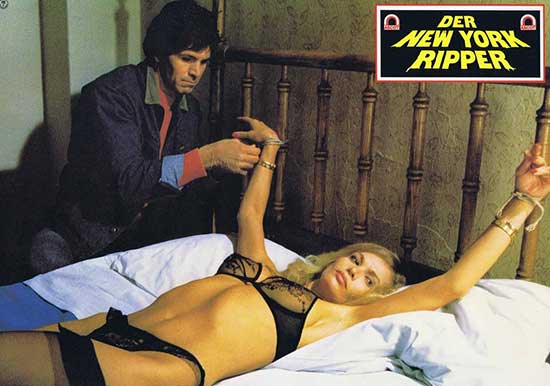 I had a blast trying to figure out the killer’s identity before it was finally revealed for us. Like I said earlier, we get a slew of red herrings through out the course of the movie and a big part of the fun is wading through them and trying to figure out if one of them is really the killer. I thought that I had it all figured out at one point but was totally wrong as this is one mystery that is quite hard to solve.

I was about 99% certain that one of the characters was the culprit for over half the movie and was shocked to find out that I was totally and completely wrong once everything is revealed for us. If you enjoy movies where you must piece things together to successfully figure out who the murderer is then you will without a doubt enjoy The New York Ripper. 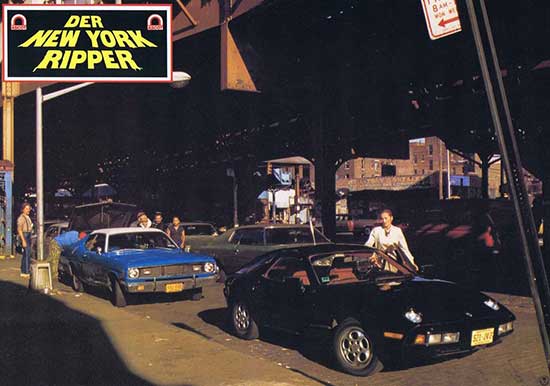 As you can tell, I’m a huge fan of The New York Ripper and if you are into these types of movies you will be as well. I think that it holds up very well and is just as disturbing now as it was when it was first released back in the day. It’s just an all-around awesome movie in general that has a lot going for it so if you haven’t seen it do yourself a huge favor and check it out as soon as you can. Trust me when I say that you won’t be let down. In my opinion this is giallo at its finest.