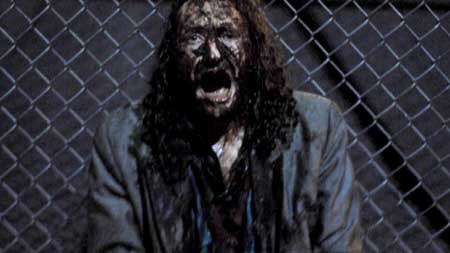 This Friday, February 13th, Brain Damage Films in collaboration with r/fullmoviesonyoutube will host an online, world-wide, live free streaming of the new intensely disturbing film Crazy Murder in their movie chatroom, as part of the occasional Extreme/Gore/NC-17 Night.  The showing will be accompanied by a live chat attended by Brain Damage Films staff and the film’s directors, Doug Gerber & Caleb Pennypacker.
Details:
When: Friday, February 13th @ 9pm EST
Where: cytu.be/r/fullmoviesonyoutube
More info on this page: goo.gl/dyZmVa

About the Film
You’ve never seen anything quite like Crazy Murder.  The film follows a severely mentally ill homeless man over the course of a year in the streets of New York City as he commits a string of senseless murders and disgusting acts. With very little dialog and subtle background music, as Crazy Murder unfolds the viewer is subjected to disgusting nails-on-chalkboard visuals and senseless acts — Yet you can’t stop watching.  This haunting portrait of a man living beyond humanity’s fringes will stay with you forever.

Method actor Kevin Kenny seamlessly plays the challenging role of the nameless main character, and there are cameos sprinkled throughout including UFC Heavyweight star Mark Hunt and James Quall of “Tim & Eric: Awesome Show, Great Job” fame.
[youtube]https://www.youtube.com/watch?v=HAKcDv3y0Fk[/youtube]
[youtube]https://www.youtube.com/watch?v=nEY05HZiEOo[/youtube]
A homeless man (Kevin Kenny) begins a killing spree on the streets of New York City. Completely deranged and barely aware of his own identity, he makes little attempt at concealing his actions. But in a city with 50,000 homeless citizens our killer finds himself effortlessly camouflaged.
Steel yourself for a non-stop onslaught of violence and disgusting imagery.  Blending horror, drama, and black comedy, Crazy Murder is a disaster film at its core — featuring a tornado of death, a tsunami of blood, and a volcano of feces. 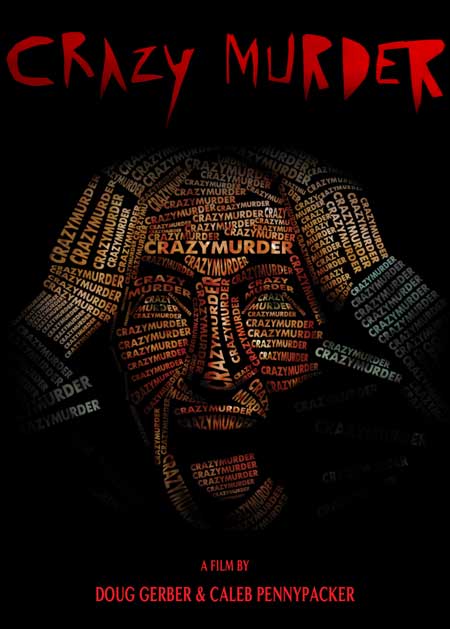 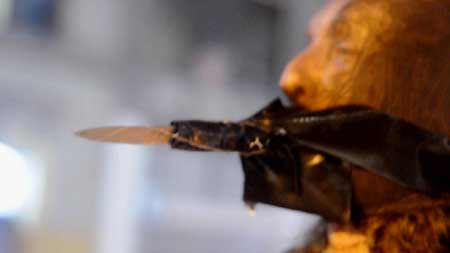 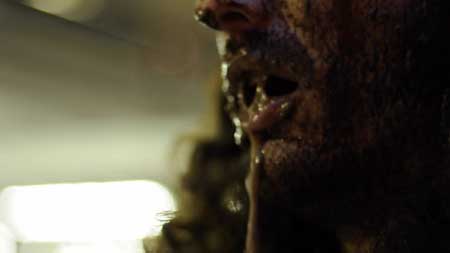 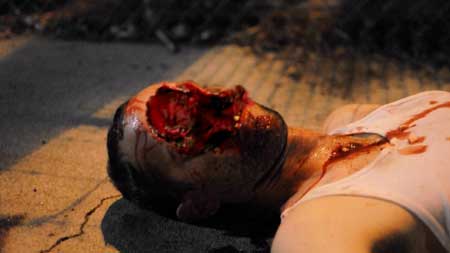 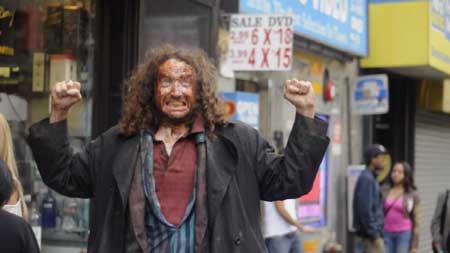 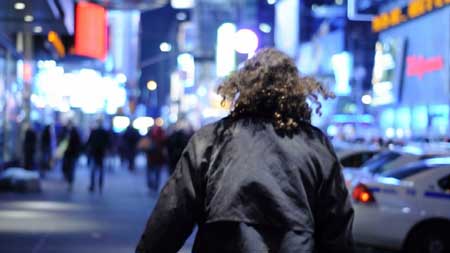 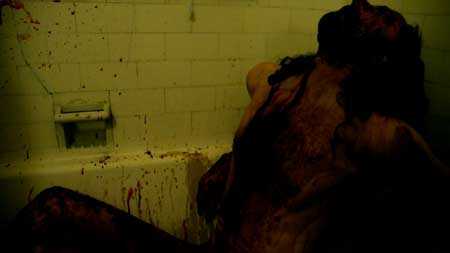 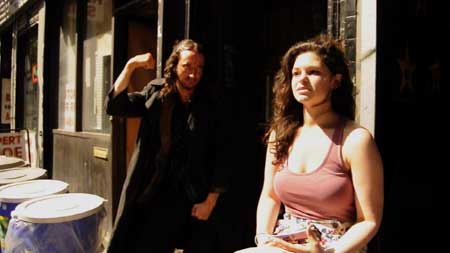 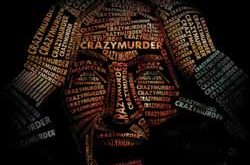