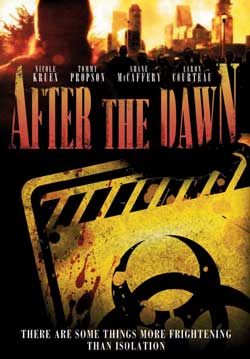 Cassie Becker is a young, restless vagabond in search of hope and civilization. A catastrophic chemical warfare had wiped out the majority of humanity. While roaming through the vast country sides and barren streets Cassie documents her observations, emotions and thoughts in a journal. As she clings onto the feigning thread of reuniting with her husband and family Ms. Becker has an epiphany that sheer terror may be the only surviving state in a world gone mad.

In a genre that is arguably saturated and to the point of redundancy, After The Dawn restores faith in a brave new world. From the onset we feel the sense of despair and dread for one Cassie Becker (Nicole Kruex). Conveyed in a first person perspective narrative our lead protagonist reflects on her daily struggle to cope and stay alive while on the move searching for her long lost loved ones. Camera techniques are used with stylish finesse with facial close ups illustrating a sorrowful pit of emptiness. We as the audience cannot help but feel like an invited companion along her journey as wide angle scenes outline the barren country side and Minnesota forests. A lot of cuts to the past are an effective tool in getting to know the young drifter. As a subliminal subtext a great deal of the scenes shot in the past appear darker, grittier like a fleeting dream clung onto by the clutches of desperation. When the camera cuts to the present a great deal of scenes are outside with a glimmer of light, a tremendous symbol of flickering hope and faith. It’s difficult to imagine the film was shot on an extremely modest estimated budget of thirteen thousand dollars. Once again the evidence lies before us a larger budget does not necessarily reflect a block buster of an effective tale.

The editing department or as this may come to a shock to chiller fans is Nicole Kruex who also co-wrote the story of After The Dawn along with Mitchel A. Jones. Kruex incidentally co-produced this epic post-apocalyptic tale. She has ample opportunity to flex her artistic integrity when eclipsing each of the acts of rising tension from season to season. One memorable scene of utter disturbance is the abandoned house sequence when the head of the household grapples with the most practical course of action for his suffering family. As an afterthought Nicole is esthetically gifted in virtually every shut with appeal of an exotic run-way model yet the grace and poise of an ordinary every day woman that loves her family and never quite gives up in her quest to be reunited with them. We’re engaged in the story as the psychological and sociological layers peel back in dramatic, suspenseful cinematic splendor.

Few composers with original score can be so powerfully compelling in their debut endeavors as one Devlin Andersen. Music is an effective tool for provoking deep, raw and primal emotion. Be forewarned: from the initial credits the pounding bass will in all likelihood cause you to jump and squeal like a little girl. As the story progresses a great deal of contemporary, angst riddled synthesizer is used. Ordinarily not a fan of techno riffs, I was immensely impressed with how it works in this case. The music is reminiscent of a Nine Inch Nails album gone awry or if you prefer eerily similar to the grungy notes in the film Seven. It heights the atmosphere, the mood and emotion as you feel each of your knuckles seizing up on the arm rests in suspended anticipation. The sound effects are as equally paramount and delivered with pinosh as the inclination to cringe time and again occurs from one scene to the next.

The dialogue is relevant and translates well unto a current, contemporary audience. It’s no task whatsoever to be enchanted by Kruex’s narrative prose fully equipped with British accent. A particularly engaging dose of interaction takes place between Cassie and Les Irving that is rich in philosophy and heightened suggestion that is so mind numbing and intense you’ll be tempted to watch it again and again. As big band music frolics through the transistor radio in the background we not only feel Cassie’s mental faculties slip, we travel along on the descent as well.

For the most part it’s evident to see where budget thriftiness comes into play. In terms of costume and set design, it’s a relative non-issue. The majority of the plot is shot outside in Minnesota and Wisconsin in the dense forest and empty streets. The frugal tactics are not consequential however as After The Dawn appears more solemn, eerily deserted and contributes to some unsettling tension locked, loaded and ready to fire at any moment. In terms of wardrobe a great deal of winter attire was used to convey a necessity for survival. The only element that is slightly deprived is special effects. When referencing After The Dawn horror enthusiasts may expect to see more blood and more brash esthetics of the infected. It’s really not a necessity here and you’ll feel it doesn’t hinder the story or the final product.

Five out of five tombstones. 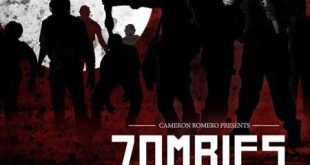 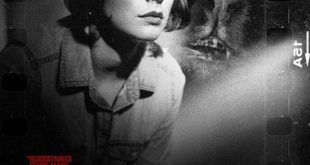