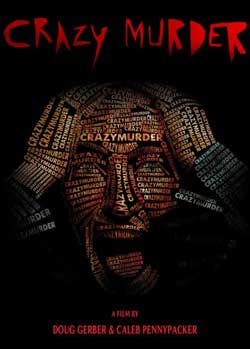 The film follows a severely mentally ill homeless man over the course of a year in the streets of New York City as he commits a string of senseless murders and disgusting acts. With very little dialog and subtle background music, as Crazy Murder unfolds the viewer is subjected to disgusting nails-on-chalkboard visuals and senseless acts

Crazy Murder is a severely disturbing film that deals with the high percentage of homeless people that are dealing with some form of mental illness. One in five, says the intro, of the 50,000 + homeless people just in New York City alone suffer from a possibly undiagnosed, most likely untreated illness. We don’t just read these words on the screen, we see images from the streets, people with so little, scraping together some scraps of clothing and newspaper to use as blankets, literally wandering the streets with no light at the end of their tunnel. So within the first few minutes, we assume we’re in for something deep, maybe something heartfelt, maybe some hard-hitting social commentary that opens the viewers eyes to a situation they might easily overlook on a normal day. And then we get to the movie itself… 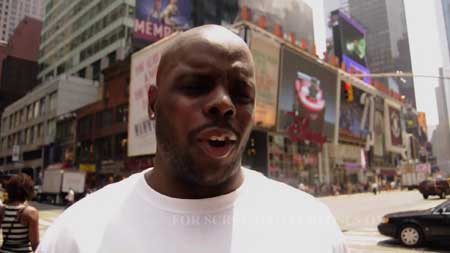 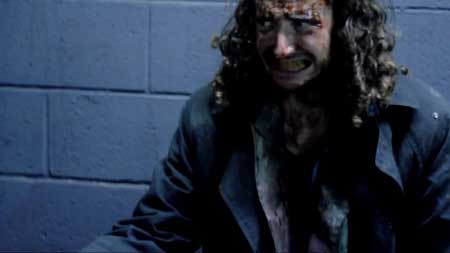 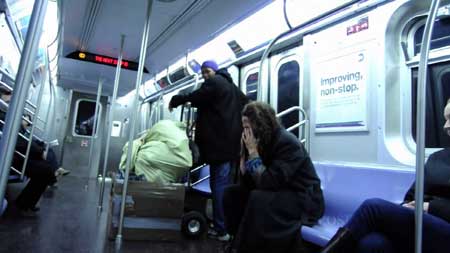 For about ninety minutes, we follow an unnamed, possibly schizophrenic homeless man (played by Kevin Kenny) around New York City. The very first time we see him, he is dirty, creepy, sitting on a bench near a girl, stabbing himself in the penis with a knife. Then he turns and stabs her in the throat. Then he pushes a dude down some stairs, smashes his face with a brick, and stabs him in the throat. Our main character (named in the credits as “The Killer”) then runs into an alley and freaks out. He screams, he spits, he defecates in his pants, then wipes it on his face and mouth. This is our intro to the character we will be following throughout the film, and we quickly second-guess the idea that we may get any heartfelt, hard-hitting social commentary. What we will be getting, we know for sure, are some nasty, depraved scenes of suffering, humiliation, and murder. Crazy Murder, in fact.

There is not much of a story here, really. It’s more just following the killer through the days, going back and forth between watching him killing random strangers and having mental episodes that cause him to hurt himself, scream, vomit, and lose all semblance of being a civilized human. I really don’t know for sure if the directors are trying to say something, using their film as a view into the lives of the unfortunate, or more using the backdrop of “schizophrenic homeless guy” to showcase some truly disturbing scenes of filth and degradation and violence. But either way, this movie is horrifying and will leave you feeling the need to take a shower or two. 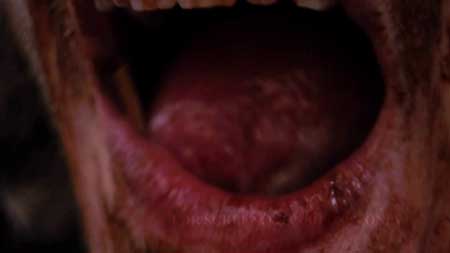 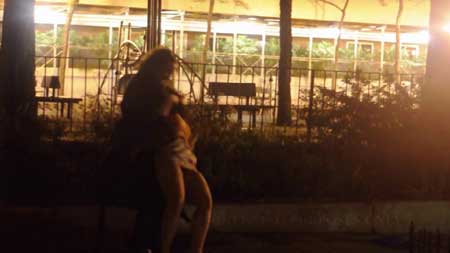 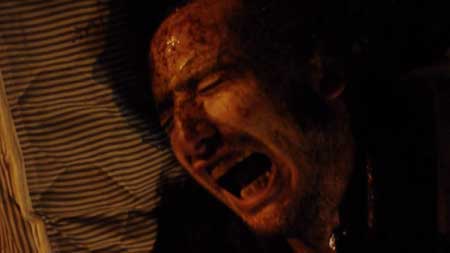 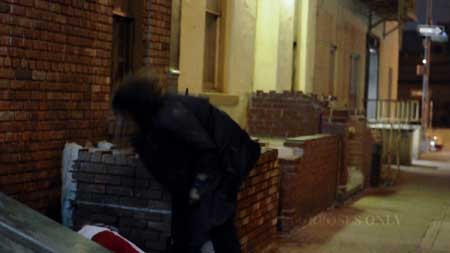 Crazy Murder is written and directed by the team of Doug Gerber and Caleb Pennypacker. The two worked together once before on a film called Leolex (starring Tim & Eric Awesome Show, Great Job! regular David Leibe Hart), which is Gerber’s only other directing role. Pennypacker, while also only having two films on the director section of his resume, might be better known for his visual effects, having worked on everything from Harry Potter and The Avengers to Hemlock Grove and the upcoming Jurassic World. So you’d be right to expect some memorable visuals in this one, and you won’t be disappointed. Actually, you might be, as there are scenes in Crazy Murder which you won’t soon forget, but might wish you could.

If you can’t handle lots of puke and feces on your screen, do not watch this movie. There are just as many scenes of gruesome violence and murder as there are scenes of the killer sh*tting on the sidewalk, rubbing it all over his face, and puking up McDonald’s burgers. And when these scenes come on, they aren’t just there and gone. No, we’re talking 5-6 minutes scenes of a dirty, feces-covered dude lying on the ground, vomiting chunks onto the sidewalk in front of him, then dipping his fingers in to retrieve the lost nourishment. Combine that with lots and lots of blood, genital mutilation, babies splattered against the concrete, and you’ve got a movie not for the faint of heart. 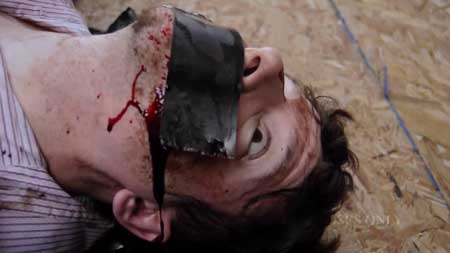 Crazy Murder is a visually stunning/shocking film. It is horrifying and disturbing. It makes you feel real bad. Is it a social commentary? Maybe, but only if you let it be. There are no redeeming qualities to the main character, but we do see, via his nightmares, a lot of pain and anguish that contributed to his current position in life. There really isn’t a story here, aside from a short section where he sees a girl he likes and tries to talk to her, then goes after her, but that is just a brief part toward the latter half of the film. If you can get past this, and you want to see something along the lines of a more extreme Gummo mixed with Collar, maybe this is for you. You might be offended, you’ll almost definitely be disgusted, but I can promise you that you’ll remember Crazy Murder for a long time. Maybe longer than you want to.