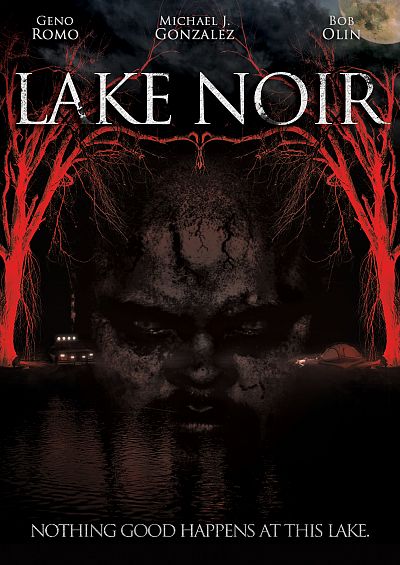 A group of friends head off for a secluded getaway and encounter more than they bargained for. ‘Nothing good happens at this lake’ warns Ol’ Mr. McAvoy to a group of unsuspecting campers looking forward to a sex and alcohol fueled romp at a secluded lake. Little do they know the lake’s sordid past, the lake’s horrible atrocities and the resident of the lake who does not take kindly to visitors. ‘Michael J Gonzalez’ stars in this old school horror film loaded with sex, alcohol, and the occasional unexpected life ending experience that traditional horror lovers have come to know and love

Nothing Good Happens At This Lake.

As tag lines go, this isn’t one of the best but in this case it is almost self reviewing, and does tell you everything you need to know about Lake Noir. Nothing good happens, at all.

The film opens with scenes of a violent attack. A young man is being beaten by two men with a base ball bat while a third rapes his girlfriend. We are later told that he was killed by the jealous ex-boyfriend and his cohorts before being thrown into Lake Harris, his body never being recovered. The girl is never seen again either, but was presumably left alive, and since these events occurred there have been some grisly murders at the lake.

Fast forward to present day and we have a stereotypical group of friends heading off for the obligatory camping trip to Lake Harris in order to drink beer, get laid and generally act a little crazy. For this gang crazy means sitting around on camp chairs staring at the fire, but more of that later. As they take what seems to be the longest car journey in history they stop, of course, at a filling station, where an old man warns them of the dangers of camping at Lake Harris and urges them to turn around immediately. As this is the movies they ignore these words of wisdom and continue to the camp site. Even when they return to the filling station for some firewood and are warned again, this time in more detail, they still persist with the trip. That evening each couple takes it in turns to wander off into the dark from where some may not return.

If my plot synopsis appears a little thin, that’s because the plot itself is a little thin, and yet it is dragged out for what was a tedious 90 minutes. It pains me to be so critical of a film that obviously had good intentions at its conception but Lake Noir is just not a good film. Writer Abel Martinez Jnr. and director Jeffrey Schneider had tried to produce something that ticks all the teen slasher boxes and yet attempts to do so without any conviction in its delivery or passion for the genre. There are nods towards exploitation cinema but again these moments are confused and almost desperate in their use of sexual innuendo and nudity. The clichés are here in full effect but it is difficult to imagine the makers actually like horror films at times as they are treated with such contempt that instead of a knowing smile from the audience they will produce only a weary sigh. As an example, the aforementioned old timer at the filling petrol station is more irritating in his warning than forboding.

The cast performances are weak without exception and it is hard to feel any connection with any of them. They are so irritating in their behaviour in fact that I was hoping, praying that something would come along and dispatch them gorily and bloodily; a rogue werewolf perhaps, maybe a passing vampire, but no such luck. Even when each one is finally killed there is no interest to be had as it is difficult to see how they meet their fate, save for a few blood splatters. The actual killer when he finally makes an appearance around one hour in is an almost comic representation of a long dead and vengeful victim, and looks more like an extra from a voodoo ceremony. Simply put, he just isn’t scary.

The direction is also an irritation at times in that the camera angles are strange to the point of being obstructive to the action and the director seems intent on playing each and every scene to its death, dragging the dialogue and the awkward pauses on and on and on. The opening scenes of the car journey are so laborious that I was actually concerned they would never arrive at their destination at all and the film would have to be renamed Lay-by Noir or Grass Verge Noir instead.
But worse than all this, more annoyingly disappointing that anything else, Lake Noir is just boring. After just 10 minutes I checked my watch and the scenes around the camp fire are painful to watch; I even though at one point the playback on the copy I was watching had looped and I was watching the same scene over and over. If nothing else is achieved, if the audience is not scared or doesn’t jump, if they don’t cringe or cower, the least they should not have to suffer is boredom and unfortunately that is ultimately all I felt here. 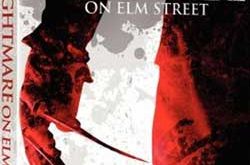 Add To Your Horror Movie Collection