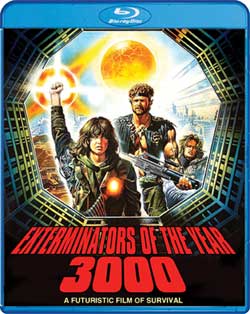 In a post-apocalyptic future where the earth is a desert and water is the most precious substance of all, a band of survivors must turn to a mysterious stranger to battle a ruthless gang of motorcycle psychos for control of the wasteland and the water. A glorious crash of guns, nuclear fallout, and synthesizers make this a must-see for anyone who’s been longing for the day in which they can finally get beyond Thunderdome.

While I twiddle my thumbs waiting for Mad Max:Fury Road to finally come out, I can appease my inner apocalypse nerd with this tasty 1987 Italian treat. Extermintators of the Year 3000 is the story of a world where nuclear explosions have destroyed the ozone layer. Ergo, no rain. No water.

But there are still cops. Really bored highway patrol officers, taking their orders from a computer and inspecting wrecked cars for anything useful. That’s where we meet Alien (Robert Iannucci), who attacks the cops and steals their stuff. And in the first of many great car chases, he steals the patrol car and promptly rolls it into a ravine, trapped like a rat. 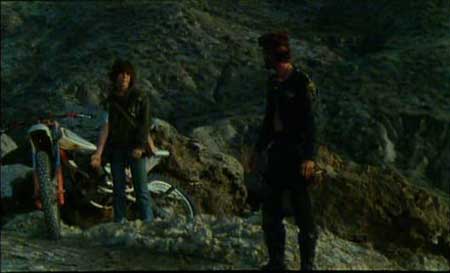 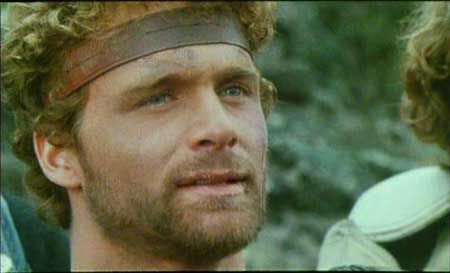 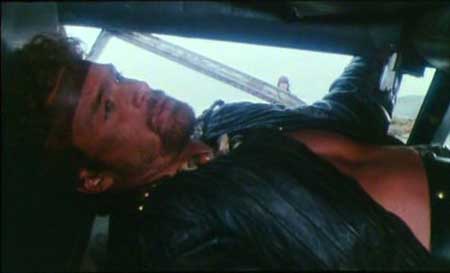 Meanwhile, the last human encampment is near by. They’re not doing too badly for themselves. They live in a cave, and have greenhouses and moisture catchers set up, but their resources are dwindling fast. One of their men left with a tanker truck to retrieve water from an underground spring, but he’s been gone a week. The wasteland is filled with marauders and highwaymen who attack every traveler, so chances are…dude ain’t coming back.

Tommy (Luca Venantini) has to deal with rumours of cowardice and desertion, and the community’s belief that his dad ran off and has no plans to return. When a second water party decides to head out to the hidden trove of water, he sneaks onto one of the trucks.

Alas, they are waylayed by water pirates in the desert, who are led by Crazy Bull (Fernando Bilbao). Once the marauders realize the tanker is empty, Crazy Bull figures out that the group is going to get water somewhere. They torture the survivors, hoping to find out where they were going. Eventually they run out of survivors and still don’t know.

Tommy manages to not get caught and he hides the map to the hidden water. As he tries to figure out what to do next, he comes upon the wrecked police car. Alien is saved…sort of. 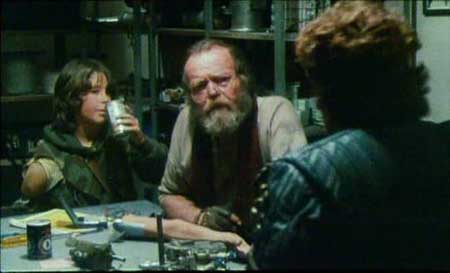 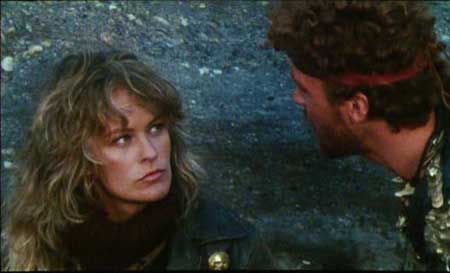 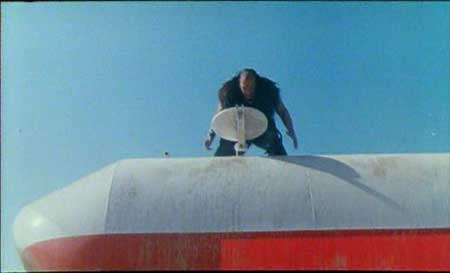 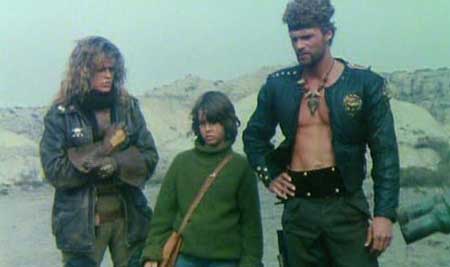 Because Crazy Bull and his gang are right behind him. All hell breaks loose as they demand to know where to find the water. Now it’s up to Tommy and Alien to get out of this trap and find a way to get the water back to camp without the marauders knowing where it is.

But Alien isn’t exactly the hero of the story. He’s a bit shady and untrustworthy. He may actually help Tommy get to the water, but that doesn’t necessarily mean he will let Tommy leave with it.

It’s all the best of apocalyptic cinema – Tank Girl, The Road Warrior, Knightriders, Waterworld – crammed together into a ball of cheesy action-packed goodness. Everything from the bizarre characters who inhabit this world to the awesome stunts and vehicle chases. They just don’t make films like this anymore.

I love apocalyptic movies, especially ones made in this time period. The premise is simple: someone drops a nuke, and as result we run out water, or fuel, or land, and everyone loses their rabbit-ass minds and goes primal. The formula is pretty simple, yet the parameters for such a story are so wide open, that all sorts of crazy fits perfectly within.

Crazy Bull and his gang of thieves are all the crazy. His dialogue alone is so over the top I can’t help but love it. The rest of his followers are just as out there.

The main cast of characters are delightfully 80s. We have Trash (Alicia Moro), Alien’s sort-of girlfriend that he abandoned somewhere along the way. She’s not very happy with him by the time she catches back up. And then there’s Papillon (Luciano Pigozzi), a former astronaut who is now a mechanic and junk collector in the wasteland. Papillon talks endlessly of the time when the earth was green, keeping the viewer rooted in the “after the end of the world” concept.

There’s no shortage of violence and brutality. Even with the dated effects of the time, it all still works. The story rambles all over the place, with plot points coming in right and left. A lot of plot holes, as well, but that’s to be expected for this sort of film. And don’t even get me started on the costumes and the set design.

For pure nostalgia purposes, this film is sheer brilliance. 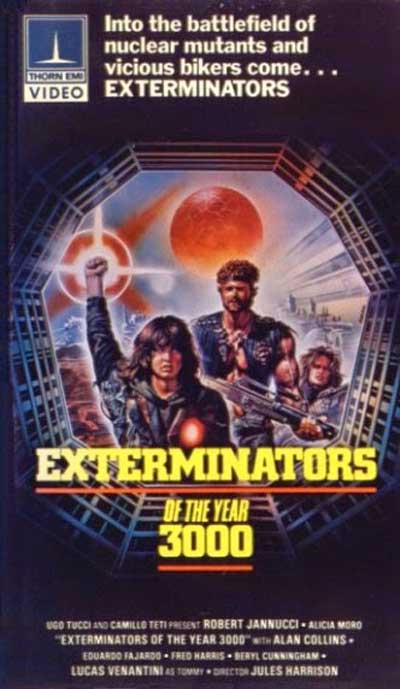 So on a scale of one to ten, ten being awesome, I’m giving this film 7 water bottles.

Exterminators Of The Year 3000 will be available on Bluray per Shout! Factory