In Bacon Head, director Ray Mahoney pulls no punches in a series of sketches mocking everything from kitchen utensils to the Shroud of Turin.

In the interest of full disclosure, I should tell you that I have worked for Troma in the past. I freely admit to a great love for Lloyd Kaufman (whom I affectionally call Uncle Lloydie) and all the great stuff Troma has brought us over the years.

Once upon a time, Troma Studios was the one and only legit company to provide indie filmmakers with a platform and distribution for their art. With the rise of the internet, many filmmakers choose to self distribute and cut out the middle man. Maybe the power of Troma isn’t what it used to be, but the back-catalogue they offer is a treasure chest of the good, the bad, and the absolutely terrible. 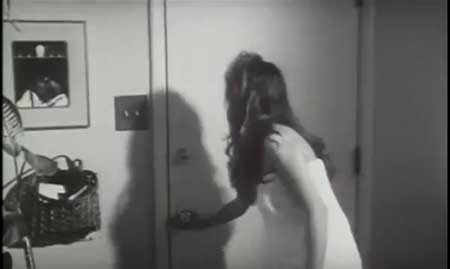 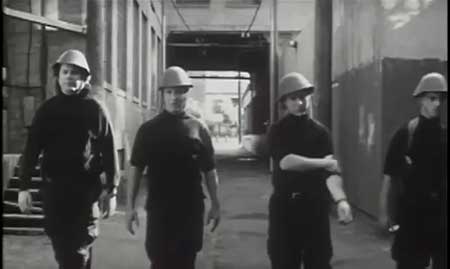 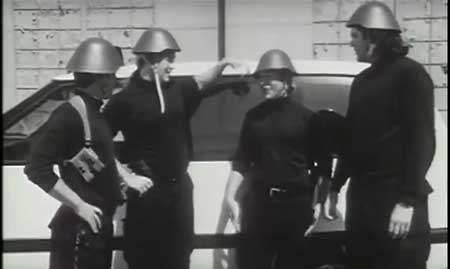 Which brings me to today’s selection from the Troma vaults – Baconhead.

Written and directed by Ray Mahoney, Baconhead continues the legacy of sketch films such as Kentucky Fried Movie and The Groove Tube. The film was released in 1997 and shot in glorious black and white.

A series of unrelated commercial parodies, comedic sketches, and music videos (even an intermission) make up the body of the film. The main cast, including the director, appear as different characters throughout. There’s no connecting factor to the sketches, although one or two jokes do circle back around.

There are two long form sketches. The first is “The Toast Police”, which follows around a particularly inept bunch of pun-dropping, existential SWAT-type guys investigating the current influx of highly addictive toast from South America. 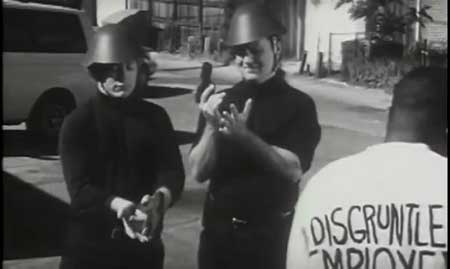 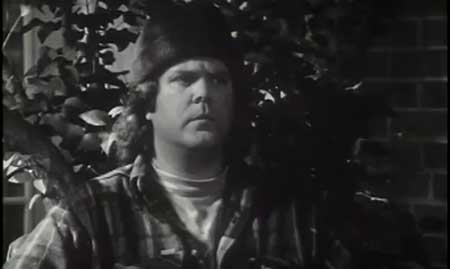 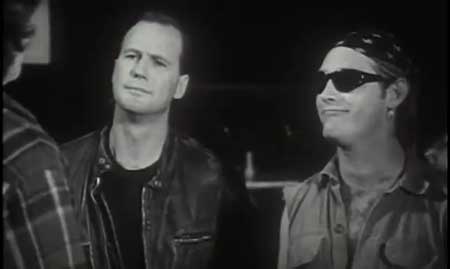 The second long form sketch follows the adventures of the Bartholomew brothers, also known as The Senator (Ray Mahoney) and Monsignor (Terry McNicol). Basically a couple of slackers that wander from one situation to the next, with hilarious results. They remind me a bit of Bob and Doug Mackensie, or maybe Wayne and Garth. Just a couple of guys, you know….

The other sketches run the gamut of topics – informercials, car dealerships, sports, and general surrealism. There’s a lot of really good stuff going on here. It might not seem that way at first glance, but if you pay attention there is some really funny dialogue, references to just about every classic style of film, and a few jabs of an intellectual nature.

The music for the film was all written by Ray Mahoney and performed by him along with his band The Angry Hippos. Mr. Mahoney has a lot of hats on in this production, but not unexpected for an indie. Also, I should note that this is his only IMDB listing.

as for the rest of the cast, pretty much every last one of them have this film – and only this film- to their credit. there are a few exceptions, however. I would like to point out Preston Lacy (JackAss) and Jason Rudofsky (The Lion KIng 1 1/2). 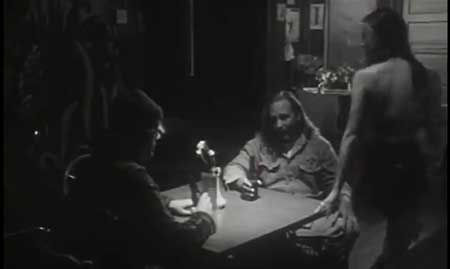 At this point in the review, I normally launch into technical specs and the like, but not this time. Honestly, there’s not much to report from a technical standpoint. This is just a straight forward, indie comedy. There’s no pretense here, just some funny stuff.

It might not be for everybody. There is a little bit of “non PC” humour, which I know gets some people all twisted up and what-not. Quite a bit of language, especially in The Toast Police sequence.

But I really liked this film. It was a lot of fun, and I bet if I watch it again I’ll find stuff I missed the first time.

so on a a scale of one to ten, ten being awesome, I’m giving this film 7 toasters.