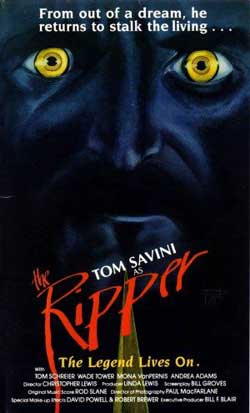 hen a college professor buys a ring from an antique shop it turns out that it once belonged to the infamous Jack the Ripper and whoever wears it is possessed by his spirit, turning them into a homicidal maniac.

I remember seeing The Ripper on the shelf back in the day at the old video store I used to frequent when I was a kid and it just never looked that appealing to me. I recently watched it and really didn’t think that it was anything special. It was pretty badly written for the most part and I thought that the biggest majority of it was just plain boring. There are very few death scenes in it (which are all pretty lame and repetitive) and even Tom Savini (who shows up for about five minutes or so toward the end even though his name is prominently displayed on the cover art) couldn’t help save this turkey. I wasn’t impressed by it in the very least and don’t feel so bad for waiting decades to finally check it out. 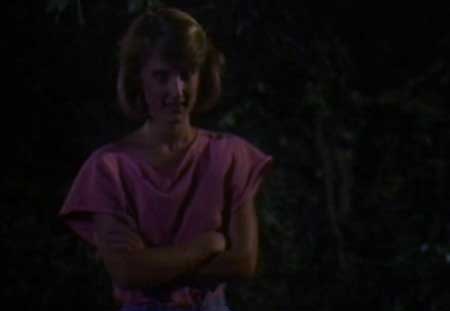 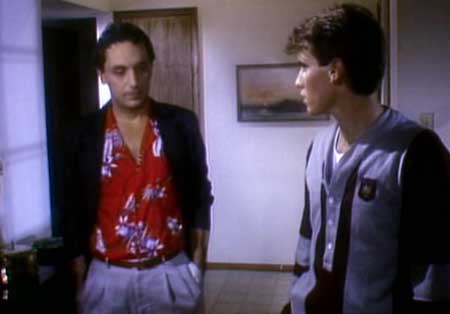 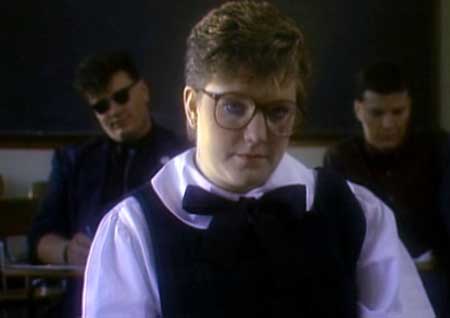 The biggest problem I had with the movie is that it is just boring as hell. The pacing is very slow and we get a ton of scenes where nothing worth mentioning is going on. I got tired of all the boring scenes that featured the main character (Tom Schreier) sitting around chatting it up with his girlfriend about nothing in particular that take place over and over again during the course of the movie. In addition to those lackluster scenes we also see him teach class, interact with one of his annoying movie fanatic students, and watch old horror movies on television. If you think all that sounds boring wait until you watch the movie for yourself. There should have been a lot more action and violence in this movie, I mean come on, it’s about Jack the Ripper! It’s obvious to me that these scenes were all just thrown into the mix to pad out the film’s running time and it was a huge mistake on the part of the filmmakers as it made for a pretty dull and boring film.

I also thought that the death scenes were pretty lacking. We don’t get very many of them (one of them even takes place of screen and happens to a pretty important character which I thought was sort of a stupid idea) and they are basically just the same thing over and over again with very little variety. Every one of them just involves the Jack the Ripper possessed professor stalking some woman who happens to be alone in a random location for a few minutes before slitting her throat. That’s it. Almost every death scene that takes place in this movie is identical to the one before and it gets mighty boring mighty quick. 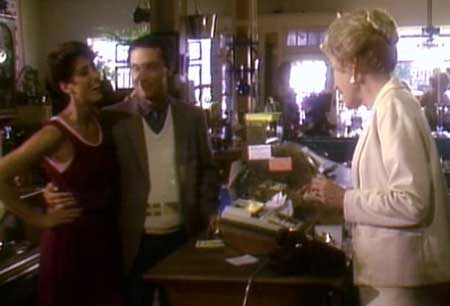 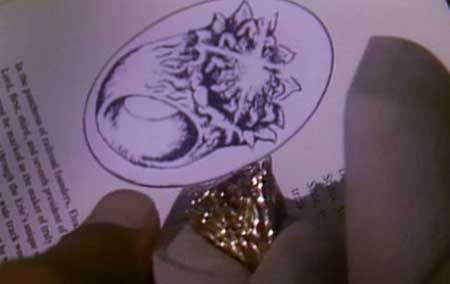 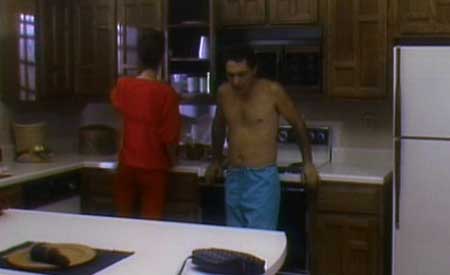 I know that the real Jack the Ripper didn’t really use an axe, a chainsaw or anything like that (picture those images in your for a minute if you will), but him doing something different or using any other type of weapon to take out his victims in this film would have been quite welcome just to break up the monotony. In addition I thought that the effects looked pretty crappy and it was obvious that even though he was involved with the film in an acting capacity that Savini had nothing to do with the makeup effects.

I thought that it was a huge rip off that Savini only shows up for a very brief period at the end of the movie as well. As I mentioned earlier, he gets top billing on the VHS cover and I assumed that he would have a huge part as such but I was wrong. He shows up for one scene near the end and basically makes an ass out of himself as he talks in some really crappy accent and cracks off a few lame one-liners before getting involved in one of the crappiest fight scenes in the history of film. I’ve heard that he was ashamed of this movie and didn’t really want to have anything to do with it and after watching it I can see why he feels this way about it. 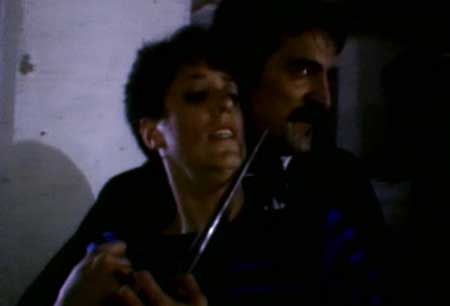 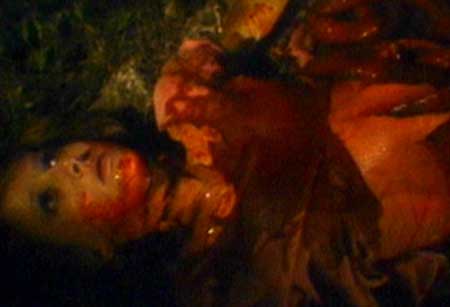 I wasn’t a fan of The Ripper. I thought that it sounded like it had sort of an interesting premise but in general it was just an all around lousy movie for a number of reasons. If you want to see a decent movie about Jack the Ripper set in modern times then check out Jack’s Back starring James Spader instead as it is just an all around superior movie. At the same time if you want to see a better movie about an item possessing people and turning them into crazed killers watch the old 90’s made for cable flick I’m Dangerous Tonight (directed by Tobe Hooper no less) as opposed to The Ripper as it is also better in every possible way. I have a hard time recommending this one to anybody unless you like bad acting, unlikeable characters, extended dance sequences (seriously), and some pretty boring death scenes.