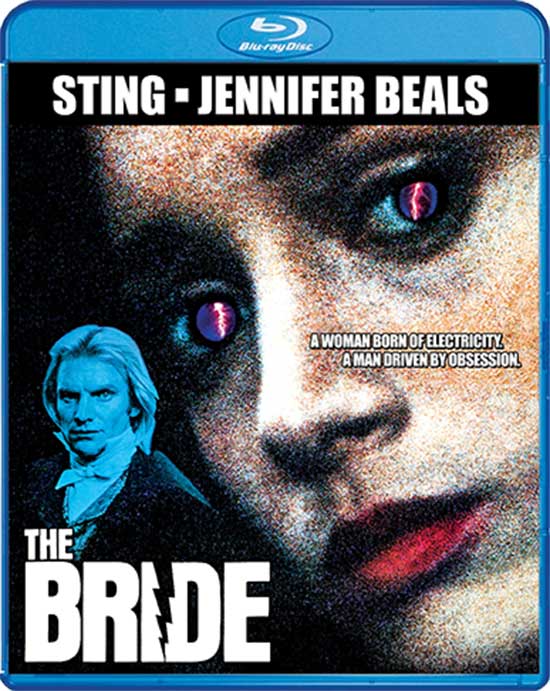 After years of research, the doctor finally succeeds in creating the perfect woman, who gets the name “Eva”.

In the classic documentary – rockumentary, if you will – This is Spinal Tap, we learn that Tap’s bassist, Derek Smalls, has a small part in an Italian horror called Roma ’79. A very small part in fact, almost laughably so. ‘It’s about the guy who comes in and shoots me,’ Smalls says.

It’s hard not to think about Smalls’ acting debut when watching soft rock warbler Sting in Franc Roddam’s The Bride, a reimagining of James Whale’s The Bride of Frankenstein. The lead singer of The Police plays Baron Charles Frankenstein, a suave scientist who has been overzealously playing God. The film starts slap-bang in the middle of one of his experiments, where the young Baron is creating a mate for his previous middle finger to the laws of nature, Viktor (Clancy Brown, The Ballad of Buster Scruggs). His experiment is a success and Viktor is more than happy to meet his new bride, Eve (Jennifer Beals, Flashdance). Unfortunately, the perfect Eve is repulsed by Viktor’s face, which resembles the aftermath of a car accident. Viktor takes his rage out on the Baron’s laboratory and in the ensuing carnage, Charles and Eve make good their escape, leaving the jilted monster to lick his wounds. 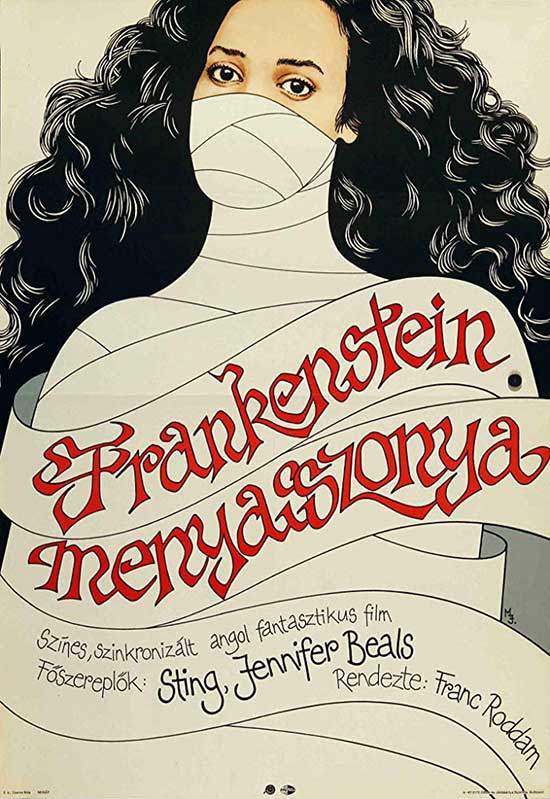 From this point onwards, The Bride flips back and forth between the Baron’s two creations to see how they’re both coping with one of the biggest break-ups in celebrity culture ever. Eve now resides with Charles, who hopes to educate her to act and think like a man. In doing so, he plans to create the perfect woman. Whatever you say, incel-boy. Meanwhile, Viktor runs off to the circus with an acrobatic midget, who teaches him some stuff about life and stealing, and good gravy, I wish was making this up.

From beginning to end, The Bride is one of the most ham-fisted stabs at the work of Mary Shelley ever committed to celluloid. It’s very rare that a film feels inept before the opening credits have even finished, but here we are. Everything from the Baron’s mullet to Quentin Crisp’s cameo reeks of an oversized 80’s belch. Hell, there’s even a cameo from everyone’s favorite Marxist comedian, Alexei Sayles (The Young Ones) to flavor the pot, so you really know you’re watching something cool and edgy. Right, kids?! 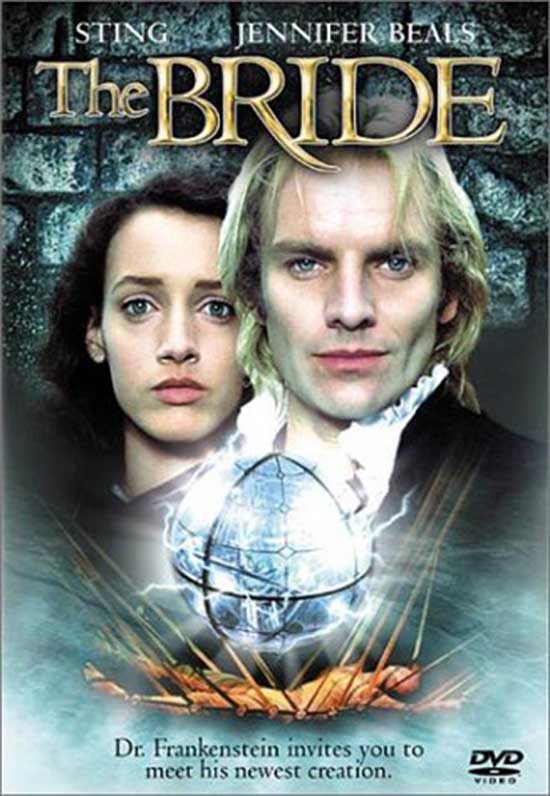 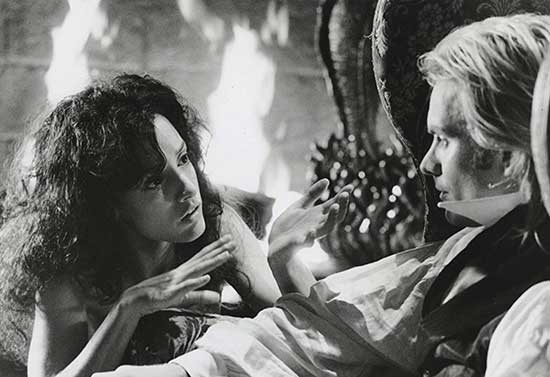 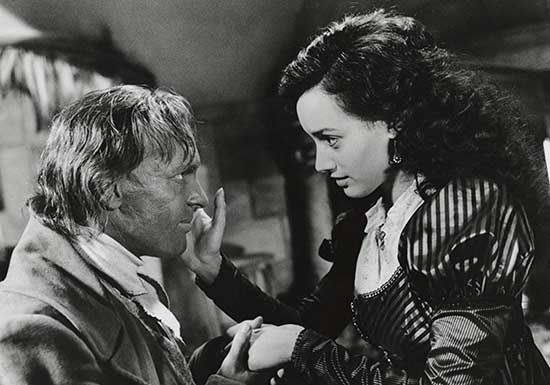 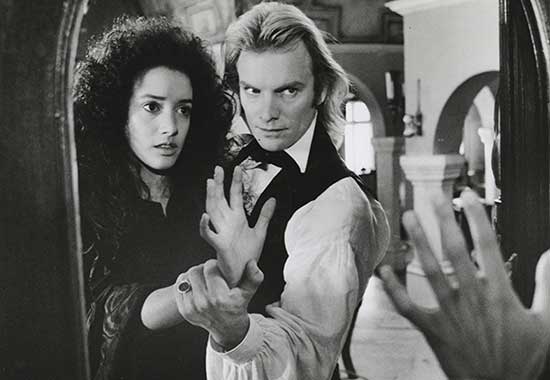 As the Baron tightens his grip on the young Eve, there’s most certainly an allegory about toxic masculinity at play which echoes loudly in the current climate of #metoo. However, it’s buried beneath a painfully dull and tedious storyline that sees Eve pottering around like Bambi looking for his mother. Sting, meanwhile, is clearly missing a moustache he can twirl, just so we all know he’s up to something terrible. It’s a conundrum as to why anyone would think Sting could possibly carry this film. Both Beals and Brown are given little to do except look innocent, but they still manage to act the singer of Roxanne right off the screen. There must have a moment in pre-production when the script was handed to David Bowie, who likely giggled before disappearing in a cloud of glitter, ciggie smoke and musical genius. That’s how I see it and you can’t change my mind on the matter. 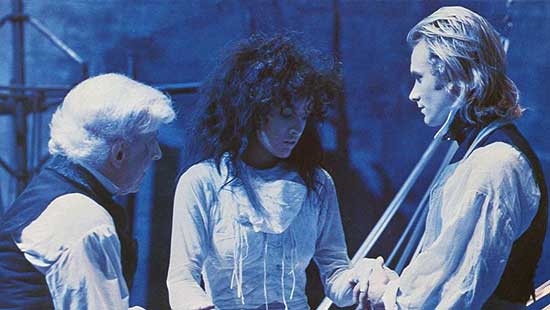 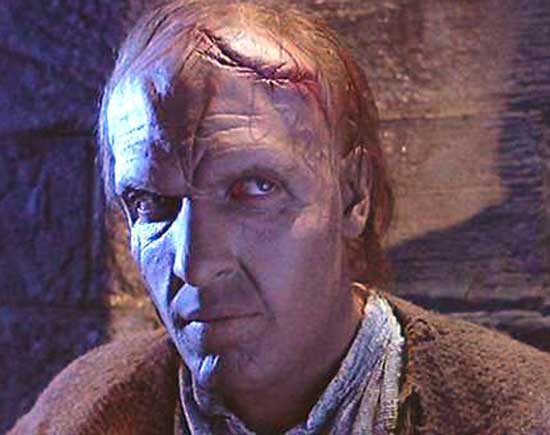 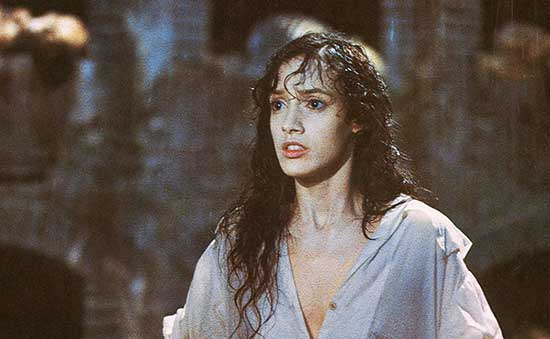 The Bride is a hopeless revision of one the classic texts in literature. It’s two-hour runtime stretches the thin plot to snapping point. It certainly doesn’t help itself when it throws in unresolved plot lines, such as the psychic link between Eve and Viktor that goes nowhere. I mean, she gets dizzy when he does, but that’s about it. No, when it comes down to it, if you’re struggling for something to watch of an afternoon, you could really do a lot better than watching The Bride. If you must watch something with Sting in it, watch Lock, Stock and Two Smoking Barrels or The Emperor’s New Groove. Now, they are classics. 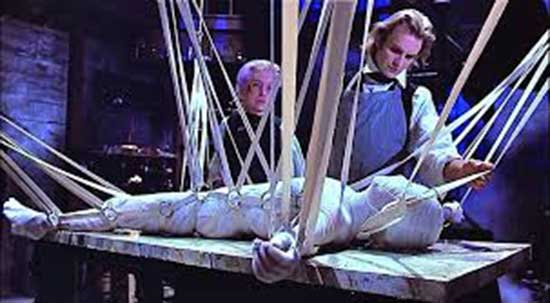 The Bride is now available on bluray per Shout Factory