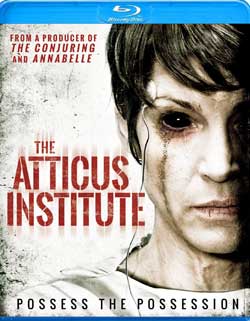 In the fall of 1976, a small psychology lab in Pennsylvania became the unwitting home to the only government-confirmed case of possession. The U.S. military assumed control of the lab under orders of national security and, soon after, implemented measures aimed at weaponizing the entity. The details of the inexplicable events that occurred are being made public after remaining classified for nearly forty years.

The word mockumentary is usually heard in conjunction with comedies, films like This Is Spinal Tap (1984) or Waiting For Guffman (1996). Writer/Director Chris Sparling’s new film, The Atticus Institute is something of an odd bird in the sense that it’s presented as a factual documentary, but it’s entirely fictional – hence a mockumentary. But since there’s absolutely nothing comedic going on in this film, calling it a mockumentary feels wrong.

And there’s very little that’s wrong with this film! 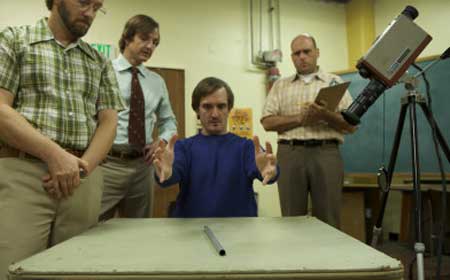 The Atticus Institute tells the story of Dr. Henry West (William Mapother), who opened up a research facility to study people who claimed to have psychic abilities. After a few years of little to no success, he meets Judith Winstead (Rya Kihlstedt), a woman whose powers are far beyond anything he’s ever seen before. In fact, her powers are so incredible that the government catches wind of what’s going on, and immediately makes plans to attempt to weaponize her. But, as everyone is about to find out, her powers aren’t coming from her mind – they’re coming from something inside of her. Something malicious. Something evil.

The film feels very familiar, but that works in its favor. The succession of talking heads and archival footage make the film look & feel just like any number of documentaries you might’ve seen in the past. It’s well paced and proceeds in a deliberate manner, cannily setting up the central premise over the course of the first 20 minutes. It’s not the kind of film that’s gonna leave you breathless, Sparling spreads the dread organically, allowing the eerie location (The entire film takes place in a few rooms of the institute) and a really effective score (by Victor Reyes) to work its way into your psyche. Although the film does have its share of jump scares, it doesn’t rely on them. Instead, it allows its pervasively dour atmosphere to get under your skin. It’s legitimately unnerving. 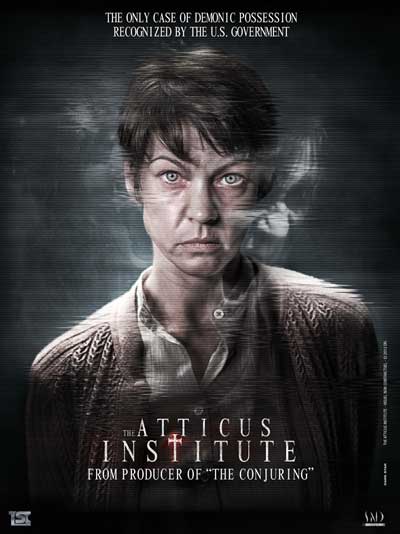 But as great as the atmosphere and score are, the film’s greatest strength lies in its casting. The entire cast is pretty terrific, with everyone succeeding in selling the premise wholeheartedly. Mapother is suitably low key, and as the film progresses (and his character goes through changes), that low key demeanor becomes a lot more threatening. But it’s Kihlstedt that makes The Atticus Institute so special. When she first appears on screen, she’s quietly subdued – hardly threatening. But once she begins to contort, growl & twist her facial features up in a knot, she becomes a force of nature. You might read the words “contort” and “growl” and think that it’s going to look silly, but trust me when I say that Kihlstedt’s performance is about as far from silly as possible. It’s a ferocious, feral and fearsome performance that will scare you. And the true beauty of her performance is that she somehow remains subdued, even in the instances where her powers manifest themselves in a violent manner. And her “Dead Man” stare is really off putting. It’s a star making performance for sure. 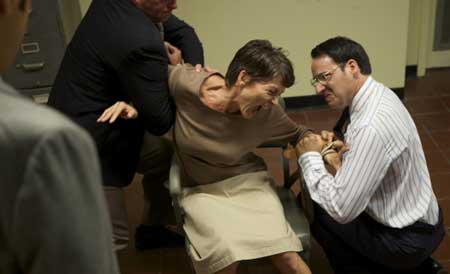 But as much as I like The Atticus Institute, I do have a few issues with it. The cast, while admirable, features a few faces that are very recognizable. Not a lot of them mind you, but a few. And seeing them pop up repeatedly only served to remind me that I wasn’t watching a real documentary. I feel that Sparling did a great job selling the idea that The Atticus Institute is a real documentary, but seeing these familiar faces brought me back to reality. The film would’ve been better served with a complete cast of unknowns. It’s also a slow film, it relies on dialog/mood/atmosphere to make it scary – not overt violence or gore. This wasn’t a problem for me, but it will be for some of you. It might’ve been a good idea to punch it up just a smidge, to keep the audience from losing its focus, but I’m not a director am I? I also think that the cover art for the DVD is terrible, it’s very generic. As a matter of fact, there are dozens of films with a similar look, and all of them are terrible. It would be a real shame if people overlooked this title because of some boring cover art, because it stands head & shoulders above those other films with a similar look to their packaging. 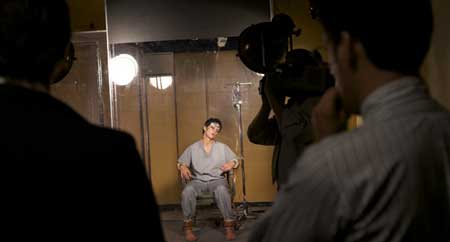 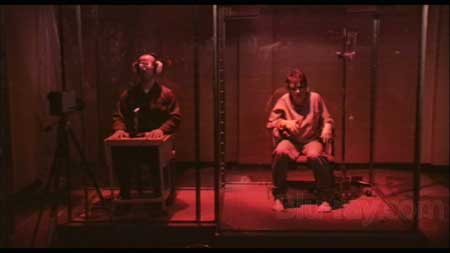 You might read the synopsis on the back of the box and see the words “Demonic Possession” and just put the box down. This is understandable, there are about 25 films with demonic possession plots released direct to home video every week. But if you think that The Atticus Institute is anything like those others, you’d be sorely mistaken. It’s a truly fascinating film with effective scares and a intense lead performance from Rya Kihlstedt that makes her an immediate face to watch out for in the future. It’s so convincing that after it was over, I immediately went online to research the name Henry West. I believed that it was based on a true story, even though the film makes no such claim. It’s only 82 minutes long, so despite it’s deliberate pace, it’s over quickly. It’s well worth your time to watch, I heartily recommend it.

The Atticus Institute is now available on bluray per Anchor Bay